I have a client with their production, single-pod fabric running 3.2(3), the one which can be directly upgraded to 4.2(7q). We are proposing upgrading the production fabric first, then going to introduce the other Pod because it is net-new. The new hardware are being shipped and not ready on-site, however according to the BoM it would be 4.2 anyway, so we figure upgrading the production fabric would be done sooner or later.

Is it possible to discover new hardware with such mismatched versions?

P/s: no 5.2 train since their production Spines are not supported. 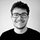 APIC versions cannot be older then the fabric nodes. In other words, answer to your question should be no.

However, I think a solution might be to upgrade only your APICs to 4.2.7, discover the new pod, migrate to new pod, finish the upgrade of pod1.

APIC versions cannot be older then the fabric nodes. In other words, answer to your question should be no.

However, I think a solution might be to upgrade only your APICs to 4.2.7, discover the new pod, migrate to new pod, finish the upgrade of pod1.