Hi everyone,
So we're currently in the DC traditional network -> ACI transition and stuck at somewhere with the VMs provisioned on Vcenter/ACI.
Since we've hired contractors to help us with the migration, we've run into a situation where we're completely lost.
Our topology looks like this:

Somewhere somehow LLDP packets are being sent/processed by the VConnect but not arriving at the Leaf Switch. Since ACI is all LLDP, we are unable to view the VMs info on ACI.
What the consultant said/suggested was that LLDP traffic from the ESXi should arrive at the leaf switch even though there's the Virtual Connect in between. This is something he said was possible using CDP somehow.. not entirely sure but I'm guessing it's possible.
Given that I'm completely new but know a few things in ACI, is it possible to have LLDP packets traverse the VC and then arrive to the leaf switch ?
LLDP is enabled on VMWare and Vconnect. If I disable the lldp on the Virtual Connect which I can't find a way to even do, would the LLDP packets from the ESXi arrive to Leaf Switch ?

Have you guys have had a situation like this and got it solved? How ?

Cisco Employee
In response to dgarzani

The below information is dated but could also be of use: 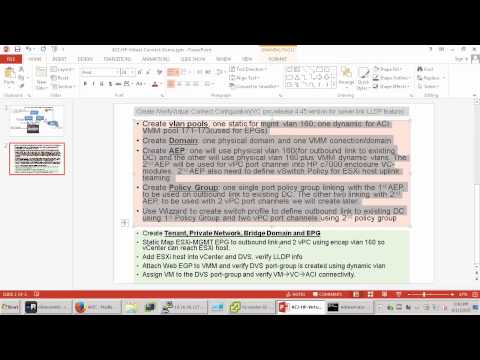 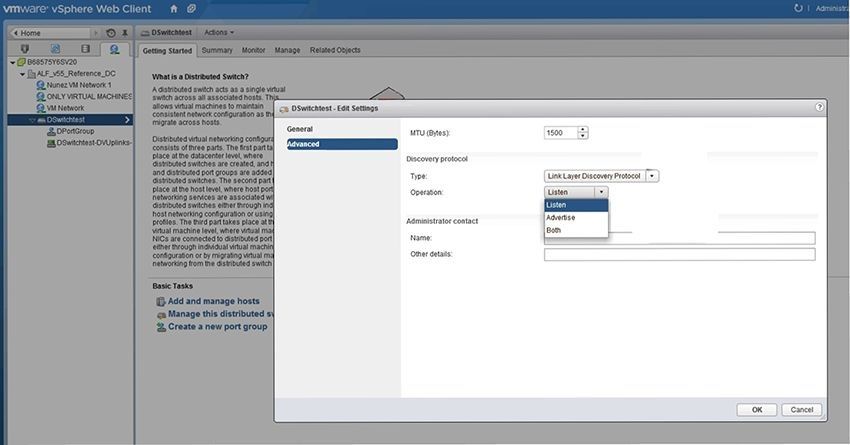 Cisco Employee
In response to dgarzani

The below information is dated but could also be of use:

Beginner
In response to dgarzani

Hi dgarzani, thank you for your comments.

I have LLDP enabled on both paths - that is from the LEAF to the VConnect and the VConnect to ESXi. From VConnect I can see the leaf lldp information and vice versa. The only thing is I know for sure there must be some sort of LLDP reachability from ESXi to the Leaf - my question how is this possible when VConnect already processes the LLDP messages in between the path from ESXi to ACI Leaf?

I have a similar situation in my lab. However, I use Cisco equipment in between so this might not work for you.

What I did was disable LLDP on the switches in between (or at least on the interfaces facing either the ESXi or the Leaf) and then tunnel the LLDP packets. On a Cisco switch you can configure

under the interface to achieve this behavior. If you find something similar for the HPE that's the way to go.

Regarding your contractors comment, using CDP might also be possible if the HPE device does not talk CDP and transparently forwards it (I don't know if that's the case). You would need to disable LLDP on the ACI interface policy group for the ESXi-facing interfaces then (and of course enable CDP).

Thank you all for your inputs. What solved the issue was enabling lldptaggedVlan on the HPE VC and also unchecked IPv6 as well as the management ip address. Seems to be working all good now.