I'm very new to ACI, but learning as much as I can.  We are in the midst of building up an ACI fabric mostly for lab use, running the latest v2.0 ACI code.

I'm trying to create a Shared L3Out (to the Internet) that all tenants will share.  I have a firewall connected to my ISPs that is connected to the ACI over a vPC.  I have not been able to find much into about how to do this.  Most documentation guides assume that I want to use a "routed interface" (or sub-interface), not a vPC.

This would be simple to do in a traditional network - a small transit network between the firewall and an SVI on the switch, but I can't figure out how to do this on ACI.

Do I need an EPG in the Common tenant for the "vlan" between fabric and firewall, then another EPG that gets Shared to the tenants?

Does anyone have a link to a good tutorial or something?

My mind is officially blown -- and that's after taking several Cisco training courses on ACI...

Labels:
I have this problem too
5 Helpful
Reply
20 REPLIES 20

Beginner
In response to t.houmaiza

how did you configure the L3out ? What scopes do you have selected for the L3out ?

Beginner
In response to Leon

Thanks for using the Cisco ACI Support Community. The original question has been answer correctly. For any other questions regarding ACI, please open a new discussion and someone will assist.

Beginner
In response to t.houmaiza

Thanks for using the Cisco ACI Support Community. The original question has been answer correctly. For any other questions regarding ACI, please open a new discussion and someone will assist.

I'm building this  shared  l3out configuration in my lab. I'm Including  some of the original post config below.

I'm providing and consuming the contacts as listed in the original post.

What could be wrong? 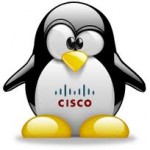 Beginner
In response to jgesualdi
Hi jgesualdi, I'm facing the same issue, did you fix this issue and how? Thanks
0 Helpful
Reply

Beginner
In response to kisankagr
Never mind, I found the issue. BGP RR policy was missing from POD policy.