Cisco Community
English
Register
Login
COMMUNITY HELPING COMMUNITY - With your Community actions and contributions, we will donate up to $10,000 to UNICEF by end of January- PARTICIPATE
RegisterLogin
Options
Turn on suggestions
Auto-suggest helps you quickly narrow down your search results by suggesting possible matches as you type.
Showing results for
Search instead for
Did you mean:
24238
Views
20
Helpful
7
Replies
Highlighted

The problem you encountered someone

Labels:
27 people had this problem
I have this problem too
0 Helpful
Reply
7 REPLIES 7
Highlighted 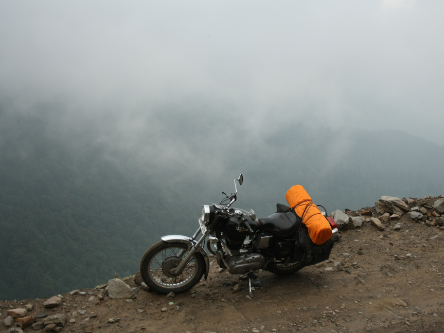 Please ask this question in community "Network Infrastructure"---->LAN, Switching and Routing for quick and correct answers. This is a forum for ACE, CSS, CSM devices etc.

Note: Please mark answers if they are helpful.

I am taking this thread now and will move to lan/switching soon.

Answer to your question:

Based on the above error seen on the device refers to the parity error.

Parity errors are events where a bit's original value is changed to the opposite one (0 to
1, or vice versa). These can happen in one of two different types, soft parity errors or
hard parity errors.

With soft parity errors, the bit's value is changed due to an external influence on the
switch, for example the most common reasons are voltage variations, radiation of the
environment, etc. While these types of problems are rare, they can happen and are
transient that will not reoccur.

A hard parity error on the other hand are caused by an actual hardware failure and reoccur
quite often.

It is worth mentioning that parity errors are not bound to Cisco products, these can
happen to any piece of electronics.

What happened in this situation was that the module detected an incorrect value in
NetFlow's TCAM. At first the module was sending messages advising to manually reload the
module to clear the memory, as only "read" functions were being made at this incorrect
memory address.

The module ended reloading itself, because a function/feature attempted to perform a
"write" function on said memory address, that pointed to an invalid region of memory; And
in order to clear the corrupted value, the module had to reload itself. Stack trace
decodes confirm this further.

Action Plan:
To determine if we are dealing with a soft or hard parity error, we need to monitor the
device for another crash. The recommendation is 48 hours, I suggest we do it until
Thursday just to be sure.

If the linecard remains stable, it will confirm the soft parity error. If it crashes
again, we will proceed with a linecard replacement. If for some reason it crashes again
after the monitoring period, we can always reopen the case and proceed with the RMA.

I'd like to share with you a reference
link<http://www.cisco.com/en/US/products/hw/switches/ps708/products_tech_note09186a0080
c14531.shtml > regarding parity errors, that might be of use to you, as it goes more in
depth about these evenets.

Yesterday, this switch in question is restarted , and now it seems everything is normal.

Thank you very much for your help.

Glad to know the same.

Could you please mark the thread as answered if you dont require any further help on th same.

Thanks for this Inayath really helpfull.

This is a bug as reported by cisco.

I'm trying to determine what card, on a 6513 switch that I should be resetting, from the following log message: