I have the Cat4500 and I'd like to use WAAS for TCP optimalization. I can use only WCCPv2 for traffic redirection. I don't know which mask I have to set. I wrote that for Cat4500 is only one mask supported.

I'm sending you the WCCP configurations of WAE and Cat4500 for WCCP. Are these configs right?

redirect exclude in - is not supported on Cat4500.

You can configure a policy in WAAS for the subnet(s) you want to bypass and set the policy-map action to 'pass-through'.

The WCCP implementation on the 4500/4900 also requires L2 Forwarding and Mask Assignment. The minimum supported version of IOS 12.2(31)SG.

There is no way to prevent the 4500 from the redirecting the traffic.

Beginner
In response to htarra

thank you for your answer. So the config, which I sent, will work without any problem?

Your configs look good on both WAE and Cat4K. Cat4K only supports redirect in, so you don't need the command "redirect exclude in". With this config you will redirect all TCP traffic coming in the LAN and WAN interfaces.

Beginner
In response to dstolt

I wanted to use 2 Cat4500 instead and I'm not sure if WAAS will return the package to the right Cat4500.

I'm not sure what the command l2-return would do, does anyone know this? 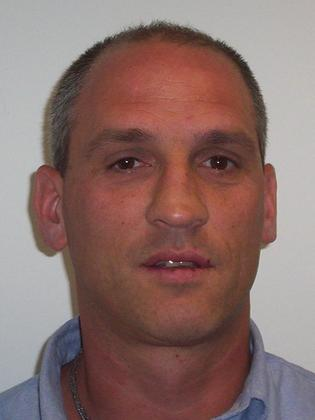 Enthusiast
In response to sidney.chan

As sessions are redirected to the WAE, the original sessions source will be that of switch interface. Upon return the it will be converted back to original source MAC.

WCCPv2 is designed to forward traffic to an available WAE using either layer 2 redirection or GRE tunneling (default). One of the components of the WCCP2_I_SEE_YOU message is the advertisement of supported forwarding mechanisms. If a method is not listed, it GRE tunneling is used by default. Redirection assignment is done per service group. A WAE and a network device can use different redirection mechanisms for different services. Layer 2 redirection specifies that the redirecting router will rewrite the Ethernet addresses in the Ethernet header and forward the frames to the WAE. With Layer 2 redirection, the WAE must be adjacent to the network device (attached to the same subnet). GRE tunneling specifies that a GRE tunnel will be established between the network device and the WAE, and the original frames will be encapsulated into this tunnel and delivered to the cache. With GRE redirection, layer 2 adjacency is not required (the WAE can be attached to a different subnet).

To preserve connection and data integrity, the WAE will only optimize TCP connections or protocol sessions that were redirected from the beginning of the establishment attempt. If a TCP connection or protocol session was previously established from the client to the server before redirection was enabled, the WAE would recognize this as an existing connection or session and simply return the redirected traffic back to the router without applying optimizations. This is a function of the "packet return" capability of WCCPv2. The WCCPv2 packet return capability is also negotiated per service group, per WAE, at the time of joining a service group. This is also a function of the WCCP2_HERE_I_AM and WCCP2_I_SEE_YOU messaging. In the event that messages are redirected to a cache that didn't service the initiation of the connection or session, the WAE will return the messages back to the router within a GRE tunnel for normal handling.

WCCPv2 provides load-balancing and high availability through a built-in load-balancing mechanism that distributes load amongst WAEs within a service-group. The most common method of load-balancing with WCCPv2 is enabled by use of hash tables. A hash table is a 256-bucket table that is used to define the distribution of traffic amongst applicable caches. The hash table can be built based on a number of items including source or destination IP address.

Beginner
In response to ropethic

Thank you for your answer. I've read something about using HSRP and virtual IP as the WAAS default gateway WAAS. But I guess its not necessary, right?

Enthusiast
In response to sidney.chan

with a single wae and single hsrp group,

gateway is set to the virtual ip, and wccp router list set to the real addresses of the router interfaces

Latest Contents
Join us for demo day on June 24th
Created by Kelli Glass on 06-10-2021 05:34 PM
0
0
0
0
Save your spot to see the newest innovations from Cisco Intersight and Cisco Nexus Dashboard in action. Register today to get a closer look at hybrid cloud innovations.
Introducing Cisco UCS X-Series
Created by Kelli Glass on 06-10-2021 05:27 PM
0
0
0
0
Join us Tuesday, June 15th at 10 am PT to get a closer look at our new adaptable, future-ready modular system.   Register today for this overview and demo of the new Cisco UCS X-Series.
DCN Community on Cisco Customer Connection - Join Us!
Created by roxadiaz on 06-09-2021 01:10 AM
0
0
0
0
DCN Community on Cisco Customer Connection    Join our community!!   As a valued Cisco Data Center Networking (DCN) customer, you can be part of Cis... view more
Cisco ACI Ask the Experts FAQ: Monitoring Best Practices
Created by ansuri on 06-02-2021 06:39 PM
0
5
0
5
Contents   Here are some commonly asked questions and answers to help with your adoption of Cisco ACI solution. Subscribe to this post to stay up-to-date with the latest Q&A and recommended Ask the Experts (ATXs) sessions to attend. &... view more
#CiscoChat Live - Unlocking the Power of your Hybrid Cloud I...
Created by greghami on 06-02-2021 04:10 PM
0
0
0
0
Join us for this #CiscoChat focused on how you can unlock the power of your hybrid cloud infrastructure. A panel of Cisco and industry experts will discuss Cisco’s hybrid cloud strategy and dive deep into the future-ready infrastructure behind it all. htt... view more
Create ContentLogin to create content
Question or Discussion
Blog
Document
Project Story
Video
Related Content
Discussions
Blogs
Documents
Events
Videos
Project Gallery
Content for Community-Ad