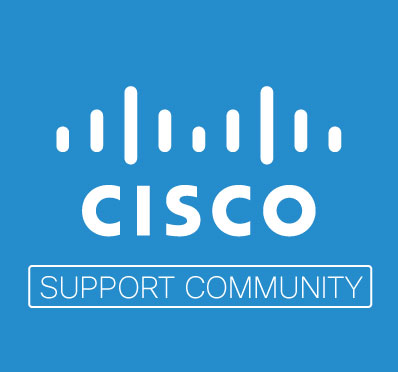 This document contains the slides for the live webcast.

During the live event, Louis will cover the configuration and design options for the Virtual Supervisor Module and Virtual Ethernet Module. He will also go over some common deployment issues, how to troubleshoot them, and design options for the Cisco Nexus 1010 and 1110 appliances. Louis will also cover some of the common issues that customers encounter when deploying Cisco Nexus 1000V Series Switches and how to avoid these problems before they become major issues.

With Cisco Nexus 1000V Series Switches, you can have a consistent networking feature set and provisioning process all the way from the virtual machine access layer to the core of the data center network infrastructure. Learn how in this interactive webcast.

Louis Watta is a technical leader in the services organization for Cisco. Watta's primary background is in data center technologies: servers (UNIX, Windows, Linux), switches (MDS, Brocade), storage arrays (EMC, NetApp, HP), network switches (Cisco Catalyst and Cisco Nexus), and enterprise service hypervisors (VMware ESX, Hyper-V, KVM, XEN). As a Technical Leader in Technical Services, Louis currently supports beta and early field trials (EFTs) on new Cisco software and hardware. He has more than 15 years of experience in a wide variety of data center applications and is interested in data center technologies oriented toward data center virtualization and orchestration. Prior to Cisco, Louis was a system administrator for GTE Government Systems. He has a bachelor of science degree in computer science from North Carolina State University.

Latest Contents
Host Name Unresolved during Packet Tracer wireless connectio...
Created by XXXCEO on 07-01-2022 02:41 AM
1
0
1
0
Hello, I did a home connection using a wireless router and client. I have a wireless router, 2 desktop computers, a laptop with a wireless interface card, a television, a cable modem and a cable splitter.I have done all the configurations. I con... view more
Nexus 9300-FX/FX3, GRE tunnel with IPv6 payload support?
Created by Yinchuan on 06-30-2022 05:40 PM
0
0
0
0
We are looking to replace one Juniper QFX5200, Broadcom Tomahawk based switch with two 93180YC-FX/FX3 switches.On this Juniper switch, there is a GRE tunnel providing IPv4 and IPv6 transport, also running OSPF and OSPFv3. From Cisco Nexus 9000 N... view more
ACI with TGW in AWS multi-region setup
Created by m1xed0s on 06-30-2022 12:12 PM
0
0
0
0
According to the whitepaper below https://www.cisco.com/c/en/us/solutions/collateral/data-center-virtualization/application-centric-infrastructure/white-paper-c11-741998.html Quote:  "...needs Cisco CSR 1000V Series routers in each region for traffic... view more
Which topology is better and recommend for vPC Peer Keepaliv...
Created by mhiyoshi on 06-30-2022 12:02 AM
4
0
4
0
Dear all,   I am little curious about the vPC management design for Peer Keepalive Link. According to the following URL which is traditional Nexus7000 Series vPC Best Practices.   Best Practices for Virtual Port Channels (vPC) on Cisco Nexus 700... view more
Inter-connecting ACI ON-Prem to Public IaaS Cloud
Created by m1xed0s on 06-29-2022 08:11 AM
1
0
1
0
I have been reading vaious Cisco documents about ACI Hybrid Cloud setup (for Azure or AWS). However I am kind of confused from one doc to another. Here below are some confusing points hope someone could help clearify.   Whether using raw Internet OR ... view more
Ask a Question
Create
+ Discussion
+ Blog
+ Document
+ Video
+ Project Story
Find more resources
Discussions
Blogs
Documents
Events
Videos
Project Gallery
New Community Member Guide
Related support document topics