Turn on suggestions
Auto-suggest helps you quickly narrow down your search results by suggesting possible matches as you type.
Showing results for
Search instead for
Did you mean:
Start a conversation
Options
1229
Views
0
Helpful
4
Replies

Hello, I am trying to add a new WiFi Access-Point into a previously provisioned APIC-EM project via the REST API using post method to the URL below (the x-auth token-id and project-id is good because I can read the list of devices within the project).

I get status-code = 500 "InternalError" returned with the following rather cryptic message, has anyone got any pointer where I am going wrong with this request please ?? 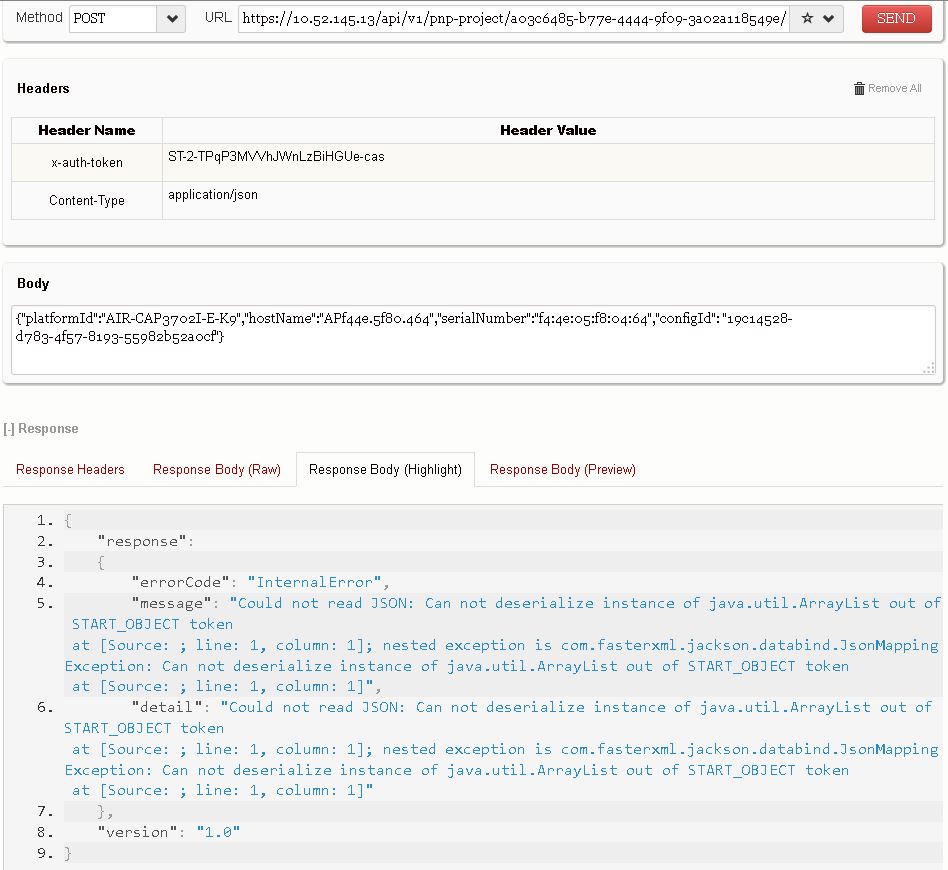 What version is your APIC-EM ?

Thanks, that's starting to look better, changing the body to the following gives me rc=202 now so looks like the request was accepted now.

OK, as post-script I think I worked out why the device added via REST API was not appearing on the devices-list under the project.  Originally I let the access-point boot and and attempt to connect to the APIC-EM PnP-server before I had defined it anywhere and it appeared in the "Unplanned Devices" list as expected.  I deleted it from that project-list and powered the unit off but that AP serial-number now seems to be getting refused when adding to the APIC, if I changed the serial-number of the device I am adding to anything else it appears in the provisoined project-list OK.