Cisco Community
English
Register
Login
Let us know how you are using BREAKOUT SESSIONS in Webex for a chance to win a Cisco 730 headset!
RegisterLogin
Options
Turn on suggestions
Auto-suggest helps you quickly narrow down your search results by suggesting possible matches as you type.
Showing results for
Search instead for
Did you mean:
Announcements

We have implemented a very complex system that controls via JTapi about 60 IP Phones (7975) and over 1200 CTI Ports and 50 Route Points to manage communications towards and from a central control room. In the control room converge all communications that come from various systems such as trains, intercoms, analog phones and so on.

Our software is based on JBoss Application server on a Linux system.

Because of specific input by our customer, All incoming calls, can't be managed directly by operators, but must be put on queue and then picked up, when the operator want to answer the call.

Incoming calls are directed to Route Points and then redirect to CTI Ports, where the calls are answered and then placed on Hold.

When an operator wants to pickup a call, from CTI port where call is held, starts a consultation call to operator ipphone and when the operator answers, the two calls (original and the  consultation one) is merged.

This systems is in production about from 2 years and until september 2014 has worked well.

The IPPhone state is unlocked only when the IPPhone is disassociated and then riassociated to the application user on CUCM.

I don't know why the IPPhone goes in that strange status, our customer can't say what he does.

I can't the issue reproduce on my test environment.

But I think this is a jtapi bug, becasue it is resolved disassociating and then riassociateing the IPPhone to the application user on CUCM.

I hope in help.

Labels:
I have this problem too
1 Helpful
Reply
8 REPLIES 8

I see that you opened a DevNet Support ticket for this issue, and it is currently being worked on. For the benefit of other developers, we will post a summary of the solution after ticket is resolved.

Enthusiast
In response to smupadhy

Hi to all, I opened a ticket but nothing has resolved. I still have the problem.

Cisco support told me that was a problem of my software, which not handle events in the rights order  but  can't find a solution, because software I implemented is very complex and is in production since 3 years, handling more than 20000 calls in a week, and  I can't think to modify this critical software that works well at the 99%.  This problem happens seldom, but still happens on some phones and at the moment the only solution is to disassociate and then reassociate the phone to the application user.

I'm developing a workaround to do automatically the previous operation. 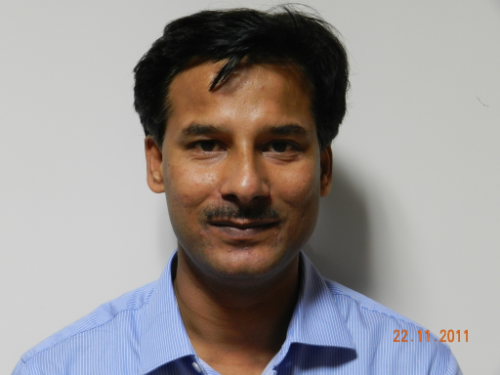 Is there any CUCM version change?

Can you check if application is getting any error/exception from JTAPI when try to merge to calls? If yes, can you post those exceptions.

Enthusiast
In response to upchaurasia

Thank Umesh, we don't get any error except for the following:

But I get it also for calls succesfully merged.

CUCM version is 8.6 ES and firmware on the phones was updated for other issue.

'Handle is unknown to the system' typically indicates that the call went to IDLE state when the request is done.  Can you attach jtapi log with the call in question?

Enthusiast
In response to mpotluri

Attached you can find an extract of the log with the issue.

Application is doing a transfer request before setting the RTP:

As a part of transfer both the calls on CTIPort go IDLE state.

RTP is set after the call is invalid:

Application should first set the RTP (Call setRTPParams API) wait for CiscoRTP events and then call transfer API to avoid this.

Contributor
In response to mpotluri

Have you resolved the issue? We generally prefer to do transfer after receiving the RTPOutPutStartedEvent in TerminalCHange event as suggested by Mohan?

Is it possible for you to call the steps from  RTPOutPutStartedEvent in TerminalCHange in place of CallChange event.

Latest Contents
Webex Message CARD school
Created by Dirk-Jan Uittenbogaard on 04-16-2021 04:55 AM
0
0
0
0
In a previous article I talked about the Cards & Buttons functionality of Webex Message. It's great to send nicely formatted or interactive messages. What if you want to learn about Cards? There is a bot that teaches you all about Cards using... ...... view more
Webex Cards using webexteamssdk library
Created by Dirk-Jan Uittenbogaard on 04-13-2021 03:32 AM
0
0
0
0
The Python library "webexteamssdk" is great but there's one part of this library that "may need better documentation". This is the ability to create cards & buttons. Here's a card example:       How is this card setup? What compone... view more
Webex Message oAuth Integration
Created by Dirk-Jan Uittenbogaard on 04-07-2021 04:19 AM
0
0
0
0
(using Python and the Flask Library) An oAuth integration allows you to have an application "do stuff on your behalf". This is a topic that can be quite complex to understand. For that reason I created this Python code to make it as easy as possible to... view more
Add Logos/Text To Your Virtual Background?
Created by Dirk-Jan Uittenbogaard on 04-07-2021 02:14 AM
0
0
0
0
It may be easier than you think. After some customer requests I started writing code in Python. A few days later the script was ready. What can it do? ADD LOGO or image to your virtual background (using a domain/email address/URL/local-file) AD... view more
Contact Center Knowledge Base
Created by Paul Zimmerman on 03-03-2021 06:06 PM
0
5
0
5
Contact Center Knowledge Base The Contact Center knowledge base contains information about developer topics for Finesse and Task Routing. For one-on-one help with these products, you can open a ticket at https://developer.cisco.com/site/support/. For... view more
Create ContentLogin to create content
Question or Discussion
Blog
Document
Project Story
Video
Related Content
Discussions
Blogs
Documents
Events
Videos
Project Gallery
Content for Community-Ad