Cisco Community present at Cisco Live EMEA 2023. See you in Amsterdam! Learn more.
Turn on suggestions
Auto-suggest helps you quickly narrow down your search results by suggesting possible matches as you type.
Showing results for
Search instead for
Did you mean:
Start a conversation
Options
37016
Views
0
Helpful
10
Replies

I've just installed from ova file a CSR 1000V in my personal lab into an ESXi.

I followed this link:

I do have an interface Giga 1 in default vlan with adapter type VMXNET3 as it's suggested.

Whenever I turn on the CSR I configure the interface and I unshut it. Negotiation is auto (I tried to hard link it but w/o success).

Problem is that from my pc I can't ping the giga1 CSR interface and viceversa. But on both side I see the arp of the interface.

I tried to change adapter type on vmware (VMXNET2 or E1000) but with no help..

If I turn on a debian or Windows VM on the same nic card on the same vlan I can ping it or reach it.

I've tried to debug the ip packets but nothing shows up some issues.

Config is a default one... there are no acls, not security features, nothing.. just an ip address on the giga1 and the no shut command.

Did you ever find out what was the problem?

nope.. but it was not the CSR. I got the same problem with other VMs (linux or win) in the same vlan on the same cable. At the same time (same vlan, same cables) other VMs were working.. No idea what it was.. Still not resolved btw
0 Helpful
Share
Reply
Go to solution

So I shall install 3.16 tomorrow, and that should work, at least it is supported

I put that CSR in stand-by but if that update fixes the issue I will give it a try again.

I did try myself with the eESXi 5.5.0 3116895 together with the exact image you provided but i was still unable to ping from the virtual machine to the CSR1000v sub-interface, please can someone explain the reason why is behaving this way.

Beginner
In response to benedict.agyemang1
Options

This problem typically looks like a vmware issue, i did some testing from my physical machine to my virtual csr1000v routers and all pings were successful without a single drop but as soon as I issued pings from the virtual windows 7 machine the pings fails. On the otherhand, if you add the native command to the sub-interface on the csr1000v everything start working which to me defeat the whole purpose of the tagging protocol in vmware.

with this command on the csr1000v all pings works without any issue with the exception of the virtual machines.

on the later part:

with this command the vm's will be able to communicate with the csr1000v and if this happens you have add native to all the sub-interfaces you will create for all your topology. Any suggestion or solution or critics will be welcome.

Beginner
In response to benedict.agyemang1
Options

This are the csr1000v and the VM windows 7 screen captures I did for the testing. 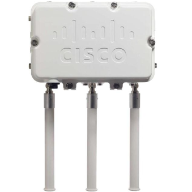 Contributor
In response to j.huizinga
Options

I tried both CSR1000v 3.16 and 3.17 on ESXi 5.5U3, and pings and CDP works.  This certainly indicates a VMware issue of some type or an odd compatibility issue.

It becomes a question of what version of ESXi you are on.  6.0U3 works.

I Finally Found the issue,

on Vmware host > Configuration > Networking > choose the vSWITCH properties, and there see the port group properties. It may show you the VLAN ID option, choose all. Worked for me today.