Issues with UCS and VMware PowerCli

I am facing issues with the UCS Powershell tool. As soon as I type in the command Connect-Ucs -Name <UCSM IP> the tool hangs up. It doesn't ask me for credentials. I am attaching the screenshot below. Initially the issue was with UCS PowerCli but now it seems like the issue is with Vmware PowerCli as well.

Seems like the response on PowerCli is very very long and takes forever to respond to my commands. 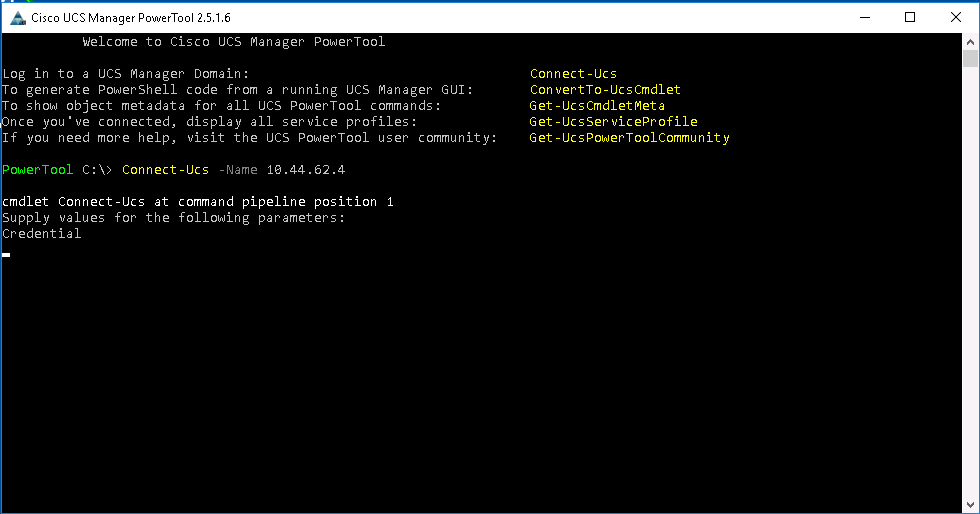 I tried to Import the module on PowerShell and try to run the commands on PowerShell however the issue didn't resolved. Any idea what could be the possible reason. I don't have Internet Connectivity on my Jump Box.

you should get a pop up with the login window, do you have another monitor that it's popping up on?

if not just pass the creds with your script