Detailed in the video below is a joint PowerShell integration utilizing both Cisco UCS PowerTool and VMware PowerCLI.  The goal of the integration is to show how easy it is in PowerShell to integrate across different functional areas within a virtualized infrastructure stack.  By taking the power of managing UCS with UCS Powertool and coupling it with the power of managing VMware with PowerCLI an infrastructure administrator can fully automated configuration of a net-new cluster of hypervisors from bare metal in UCS to fully configured clusters in vSphere within minutes with very minimal script writing.

There was very minimal prework performed for both UCS and VMware in the environment being demoed in the video below.  For UCS, the prework that was performed was racking, stacking, and cabling the physical UCS gear and performing an initial configuration of UCS manager.  On the storage side, a 200 GB LUN was created and zoned to a range of 18 WWPN's as well.  For VMware, vSphere and Auto-Deploy software were both installed and configured inside of a Windows 2008 R2 server that had DNS, DHCP, and TFTP installed and configured to best practices from VMware for Auto-Deploy.

From there, PowerShell utilizing the Cisco UCS PowerTool module and VMware PowerCLI snap-ins takes over!!!  Three different scripts were created to perform the following functions:

Recommendation: The video is best viewed in full screen mode

Thank you so much for creating this. This is exactly the kind of thing I was looking for since I have to setup couple of chassis with 10 blades. This will save a lot of time. Will need to tweak some things and try it out. 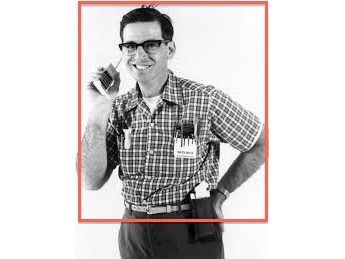 Hi there, any chance to post this code up on github/datacenter ? It's run by Cisco. Thanks!! Let the community develop more stuff around this , cause it's awesome.

Latest Contents
Bare Metal Provisioning Using VMedia with Powertool
Created by amhetre on 07-19-2021 03:53 AM
0
0
0
0
This script can be referred for configuring bare metal with vMedia policy.  Below are the global parameter which must be set before executing script according your requirement. # Global Variables$ImageFileName = 'VMware-ESXi-6.7.0-9484548-Custom-Cis... view more
Raid Controller For Hyperflex HX220 M5
Created by ImranMahmud876339 on 07-11-2021 02:59 AM
4
0
4
0
Hello, we want to configure raid in one of our cisco hx220c m5 nodes, however, the default raid controller(hx-sas-m5) doesn't support the raid. Therefore, it would be very helpful if anyone could suggest to me a raid controller that will be supported by t... view more
IMC LDAP Group Configuration
Created by amhetre on 07-05-2021 04:11 AM
0
0
0
0
This script allows you to Create, Modify or Clear LDAP Group. You can use this feature for multiple IMC server or single IMC server. This sample script takes csv file as input for multiple IMC server LDAP group configuration. If you don't pass csv file ... view more
IMC Get overall server status
Created by amhetre on 07-05-2021 04:05 AM
0
0
0
0
This script gives overall server status of IMC server. The overall server status is calculated by IMC UI based on the IMC faults and their severity   Please provide me any comments, concerns or suggestions!  Amol
PowerTool and UCSPE - cannot configure BIOS policy
Created by AK78615 on 06-15-2021 01:30 AM
0
0
0
0
Hi all, I am trying to create a BIOS policy using PowerTool and UCSPE with this script:Start-UcsTransaction$newbiospolicy = Add-UcsBiosPolicy -Org $orgs[1] -Name NewBiosPolicy2 -Descr "New powershell ... view more
Create ContentLogin to create content
Question or Discussion
Blog
Document
Project Story
Video
Related Content
Discussions
Documents
Videos
Project Gallery
Content for Community-Ad