Cisco Community
English
Register
Login
Change to content subject titles: starting July 28 there is a limit on the number of characters to use - LEARN MORE HERE
RegisterLogin
Options
Turn on suggestions
Auto-suggest helps you quickly narrow down your search results by suggesting possible matches as you type.
Showing results for
Search instead for
Did you mean:
4807
Views
10
Helpful
4
Replies

Prime to DNA Center maps - Is there any easy way of doing this ?

So it had to come up for me eventually.

The customer has all his building maps (with APs) in Prime, and has already setup a nice Hierarchy (with Buildings) in DNA-C.

There does not seem to be a nice way of exporting maps from Prime, and  importing it to the DNA-C.

If I just select one Building to export (in Prime), then try to Import on DNA-C, it will show an error with : "  Map import failed. Archive does not match any of the site hierarchy ". Ok then....

If I then rename the DNA-C building to the same name as on the Prime, it gives a similar error, but this time it tells me that the Building in DNA-C does not have any floors.

Do we REALLY have to delete the entire newly created hierarchy in DNA-C, and then import the one from Prime, and then the buildings / maps ?

Why cant we just tell DNA-C, manually, doing the import of maps from Prime, that this imported map and floors should be used for "this" building in DNA-C - and then the DNA-C would "Just" create the floors and import the maps.

Because right now, **bleep**, it will take a long time to import everything no-matter what it seems.

And a lot of manual work, before or after.

And apparently one of our Danish Cisco reps. covers this as well in : BRKNMS-2573 from Cisco Live. :-)

As of now the only way is to import the maps from Desgin section using Import option.

DNA Center supports the expression of intent for multiple use cases, including base automation capabilities, fabric provisioning, and policy-based segmentation in the enterprise network.

You can migrate devices, location groups, associated site maps and cmx data from Prime Infrastructure to DNA Center and manage your enterprise network over a centralized dashboard.

Steps are as listed below:- 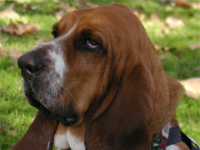 Beginner
In response to Farhan Mohamed

Excellent thanks for the info importing to DNA-C now!

Latest Contents
RFC 5243 Database Exchange Summary Optimization OSPF
Created by meddane on 07-31-2021 10:43 AM
0
0
0
0
To optimize the database description (DBD) packet exchange between two OSPF neighbors, use the compatible rfc5243 in router configuration mode or address family configuration mode for OSPFv3 AF. To disable RFC5243 optimization, use the no form of this com... view more
Why and How Type-3 and Type-4 LSAs are used as loop preventi...
Created by meddane on 07-31-2021 10:39 AM
0
0
0
0
We said always that OSPF is a link-state routing protocol.For most engineer stuying CCNA or CCNP, OSPF is misunsdertanding.In reality, OSPF is a link-state routing protocol only within an area (intra-area); but almost a distance-vector routing protocol be... view more
OSPF IS-IS comparison
Created by meddane on 07-31-2021 10:32 AM
0
0
0
0
A brief difference between ISIS and OSPF link state protocolsISIS and OSPF belongs to the same routing protocol family Link State, but if you study the two routing protocols, you will find several differences, in this article you will get the answer about... view more
Why we need OSPF Type-2 LSA in a broadcast network
Created by meddane on 07-30-2021 11:07 AM
0
5
0
5
The OSPF Type-2 LSA is one of the misunderstanding LSA among all the popular LSAs in OSPF , most people learns that this kind of LSA (Type-2) is generated by DR the Designated Router in a broadcast segment, for example when two or more than two routers ar... view more
Configuring RADIUS over DTLS with Cat9k and ISE 3.0
Created by Tim Glen on 07-29-2021 09:15 AM
0
10
0
10
Table of Contents Problem Summary RADIUS has been the de-facto protocol for Remote Access Authentication for decades.  RADIUS/UDP as defined by RFC 2865 has traditionally used MD5 for authentication and integrity. Unfortunately, successful attacks ... view more
Create ContentLogin to create content
Question or Discussion
Blog
Document
Project Story
Video
Related Content
Discussions
Blogs
Documents
Events
Videos
Project Gallery
Content for Community-Ad