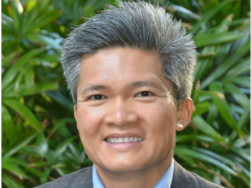 CloudCenter offers three fundamental deployment models pertaining to an ACI-enabled cloud: Existing EPG, New EPG and Bridge Domain Template. This series of articles will describe the different models and explain the resultant artifacts on the fabric.

CloudCenter and Cisco ACI are application-centric platforms which as a result take a top down approach when it comes to application delivery. Because CloudCenter is tightly and natively integrated with the APIC, not only are the requirements of the application satisfied during the design phase, the network and security requirements are similarly satisfied during the execution phase. When an application is deployed by CloudCenter into an ACI fabric, the conventional APIC objects and policies are dynamically created and applied to the respective virtual machines.

The environment used for this documentation is a dCloud reserved lab, so the APIC is a simulated version of the platform.

The CloudCenter version referenced for this document is v4.7.3, which includes many enhancements to the ACI integration.

A previous article exists that itemizes the specific details of the environment. To avoid repetition, please review the following headings in that article:

2 Helpful
Share
Latest Contents
Cisco ASA IPV6 - SLAAC and prefix delegation
Created by TroyNorris54526 on 12-31-2020 01:46 AM
0
0
0
0
Hello fellow networkers!So i've been given a small project of implementing ipv6 on a customer firewall.I must admit, IPv6 is not my strong force, and i barely touched it since i joined networking in 2010. My proudest ipv6 moment is probably ospfv3 in an I... view more
vbond and vedge behind nat firewall
Created by nezar jam on 12-19-2020 11:56 PM
9
0
9
0
If you have topology Vmanage , Vsamrt , Vbond behind firewall ,  Vedge in other site also behind firewall i configured Vedge  ip address for vbond  public ip , also i made nat for it on the firewall - DC  1 to 1Vedge can,t&nb... view more
Research paper on migration to cloud in Cisco
Created by SaoudAldhanhani on 11-27-2020 06:38 AM
2
0
2
0
Hi to all, I want you please to direct me to the appropriate channel. I'm doing a research paper on migration to the cloud  or switch to the cloud for businesses and its security challenges, and I would like to have some information about how ci... view more
Expect script problems
Created by DunnLindsey06017 on 11-26-2020 10:19 PM
1
0
1
0
I am new to expect and I was using logic to automate disconnecting telnet session where the user is logged in and leave other lines as it is:for {set i 0} {$i ==4} {incr i} { send "clear line vty $i\r" "confirm]" {send "\r"} "% Not allowed" {send "q... view more
How should we control Cisco phones using 3rd party call cont...
Created by MojicaGeorge31141 on 11-25-2020 11:58 PM
0
0
0
0
BackgroundWe are developing an enterprise application to control Cisco phones on a Cisco Unified Call Manager using 3rd party call control. We need to be able to monitor call state, get Caller ID for incoming calls, and do full call control (placing calls... view more
CreatePlease login to create content
Discussion
Blog
Document
Project Story
Related Content
Discussions
Blogs
Project Gallery
Content for Community-Ad