He basically told us Cisco engineers to team up with the Microsfot engineerrs and come up with the best solution.. HA HA HA

Obviously the MS engineers want everything their way and vice versa.

After reading though many forums and blogs my head is spinning. Should I continue with the CUPS/LYNC integration or go CUCILYNC. How about my mobile devices can I have Jabber running on them and be able to talk to my LYNC clients on the desktop?

And then I see this from another blog...

No native remote user access capability – CUCi-Lync requires VPN  connectivity to log in and cannot leverage the Lync 2010 Edge Server to  allow for remote voice use.

Does that mean it will work in an CUPS/LYNC RCC deployment?

I'll start by saying: You're asking this question on a Cisco forum. Many of the people (myself included) who regularly contribute to this forum make money from selling customers on Cisco. Be sure to consider that fact when reading responses here. As an end customer you need to boil this down to business and technical requirements. You can also learn Microsoft Lync if it's a better fit for your organization.

What I tell customers is to pick one platform or the other and stick with it when it comes to voice/video/UC. In my experience the solution - either Cisco or Microsoft - is smoother for users and easier on I.T. when it's not a mix and match from the two vendors. CUCI-Lync is a great example of this: Sure it gives you deskphone/softphone functionality and on/off-hook status updates into a Lync envrionment; however, it doesn't [can't?] replace the native Lync client UI elements for placing a call. The functionality is there but they appear as separate context menu items. Cisco advises you disable the Microsoft UI elements for click-to-dial but this doesn't hide them. Using native Microsoft Enterprise Voice (or Remote Call Control through CUP CSTA gateway) is smoother to the end user than CUCI-Lync in this specfic example. CUCI-Lync has a lot of great features; this is just an illustration of the wrinkles that comes from mixing solutions. This wrinkle doesn't exist if you use Cisco Unified Personal Communicator (soon to be come Jabber). In your specific environment it is likely less expensive from a TCO perspective to continue using Cisco than it is to move to Microsoft. Again, I am speaking in an either/or mentality here because I feel that mixing them together isn't ideal to the users or adminstrators.

CUP RCC was a predacesor to CUCI-Lync and Cisco inteded the later to replace the former. Having said that, RCC works well for customers who are very Cisco IP Phone-centric. If you do not intend to do CAST-based video, softphone, or visual voicemail from within Lync then RCC continues to be a good solution with support in CUP 8.5. If you want to expand the use of softphones or video but keep Lync for IM then you should move to CUCI-Lync.

Jabber is the new brand name for both the Cisco mobile and desktop clients (except CUCI-Lync which will remain separate). Windows, OS X, iOS, and Android will all receive a VoIP and IM Jabber application within the next 12 months (many of them already exist or are in beta). All of these clients will require Cisco Unified Presence or WebEx Connect as the server-side solution. You cannot have a Jabber client connect to a Lync front-end server. Again it is possible to mix the solutions where some users are on Cisco CUP and others on Lync; however, this is limited to only IM and presence. None of the commonly used auxilary features (e.g. desktop sharing) work across this. One solution is cleaner!

The core of your question is what the end points at your organization will look like going forward and what solution will better support those clients. Microsoft has an inherent interest in Windows desktops. If you are an "all Microsoft" shop (e.g. Windows, Windows Phones, collaboration, CRM, ERP, HyperV, etc) and have no intention of deploying clients other than Windows desktops/laptops then Lync may make sense. In my opinion any organization not married to Microsoft at every turn is better served by Cisco since they have bought on to XMPP instead of customizing SIP SIMPLE.

This is both true and false. It's true in the sense that it does require an SSL VPN connection to function. The Lync Edge server does the same thing; Cisco is just using an ASA for the head-end. The rub here was that it has thus far required you to launch the VPN tunnel separately using the AnyConnect application. This is becoming false in the sense that Cisco is embedding the AnyConnect code into the Jabber applications. This is on-par with the Lync behavior where the client can operate outside the firewall without a pre-existing VPN tunnel. As of when I wrote this reply the only client that has the Secure Connect code in the public is the Cisco Jabber for Android 8.6(2) client. 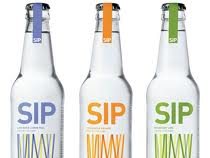 Enthusiast
In response to Jonathan Schulenberg

Thanks for the thorough explanation of this otherwise terribly complex maze of product options!