Cisco Community
English
Register
Login
How do YOU and your teams use messaging in Webex? Let us know for a chance to win some Webex swag!
RegisterLogin
Options
Turn on suggestions
Auto-suggest helps you quickly narrow down your search results by suggesting possible matches as you type.
Showing results for
Search instead for
Did you mean:
Announcements
5707
Views
1
Helpful
14
Replies 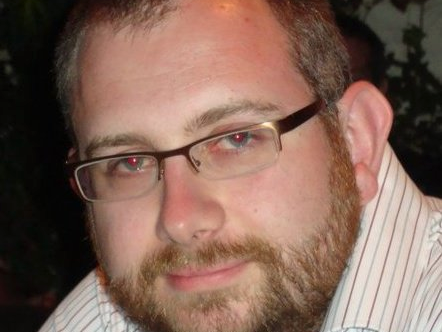 I have a couple of queries around CUMP 8.x and WebEx Node for MCS.

Our existing estate is deployed across two data centres which are seperated across different layer3 domains. This has been fine for all of the products above however the CUMP literature seems to imply that HA is only available when the NIC's reside in the same layer3 domain.

1. Are we misreading the documentation and is there actually an official Cisco method of deploying these products in HA across our DC's?

2. Has anyone found another way of getting this working?

Finally does anyone have any good advice or gotchas we should be looking out for when deploying these packages? We are currently in two minds about whether to go with 8.0 or 8.5, especially since I have gleaned from these forums that WebEx node for MCS might not actually be supported in 8.5 any more?! 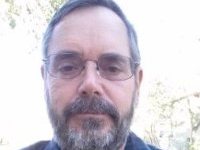 If you go with MP 8.5 with WebEx scheduling you can deploy the MP Application Server and the WebEx node in separate locations in an Active Active deployment.  The MP 8.5 deployment allows you to have both (or more) Application Servers active and to assign users to either one to help load balance conference calls.   The WebEx Node is supported in MP 8.5 but it is no longer required as it is in MP 8.0. The only reason to use the WebEx Node is if you require internal only web meetings.  If this is not a requirement then it is simpler to deploy WebEx in the cloud with multiple MP Application Server at the two data centers.

Let me now if you have any questions.

If you go with MP 8.5 with WebEx scheduling you can deploy the MP Application Server and the WebEx node in separate locations in an Active Active deployment.  The MP 8.5 deployment allows you to have both (or more) Application Servers active and to assign users to either one to help load balance conference calls.   The WebEx Node is supported in MP 8.5 but it is no longer required as it is in MP 8.0. The only reason to use the WebEx Node is if you require internal only web meetings.  If this is not a requirement then it is simpler to deploy WebEx in the cloud with multiple MP Application Server at the two data centers.

Let me now if you have any questions.

Many thanks for the swift reply!

The main thing is we have just bought a load of webex licences : 225 internal and 75 external.

The plan was to have mixed meetings, some internal only and some internal/external.  All of these would use meetingplace for audio.

Is mp8.5 officially released now? We have been really struggling to get hold of the media. In addition will 8.5 install on the same servers as 8.5? We are using mcs 7845s

If you have any documentation around the active active deployment that would be really useful!

Since you have the licenses then I agree with deploying MP 8.5 with the WebEx Node.  MP 8.5 is released but all orders go on New Product Hold and should be released from NPH quickly.   If you have issues with getting the media contact Raj (https://communities.cisco.com/people/rkandlik) with the sales order number and he can help get it expedited.

Take a look here http://www.cisco.com/en/US/products/sw/ps5664/ps5669/tsd_products_support_series_home.html at both the design and install guides for a better understanding of the ActiveActive deployment.  They are easy to deploy in this manner.

If you have any questions let me know.

To be honest, strictly speaking our servers aren't supported even in cump 8.0, I think when we bought them they were spec 'd for cump 7. Anyway we have installed with no problems on

Except we have upped the memory to 8gb memory instead of the base 4gb.

I will review the design docs now.

I think the hardware check in MP 8.5 is different.  The only issue might be the memory but I am not sue on that.

Sorry to pester you again :$

Just reading the deployment options and there doesn't seem to be one that ideally suits.

One Region with Two Nodes

One Region with Two Nodes with WebEx Node for ASR

One Region with Three Nodes

Two Regions with Two Nodes Each

Two Regions with Three Nodes Each

Two Regions with Two Nodes Each

Can we deploy using this method with only one node in each region?

Ideally we just want one node in each data centre in different subnets. I don't really care if they are active active or active passive

Thanks for your patience

No problem.  Yes you can deploy as two regions with one Node each.  Additional Nodes can be added for additional capacity. This will provide you with two active nodes at two separate sites that each connect to their own CUCM and will provide for automatically failover.  Both nodes will be active and supporting calls.  If one fails, calls will automatically be handled by the other system.

Or a solution for dual wwithoutwithout mcs node

However there is no mention of dual region with mcs node.

Is this definitely possible?

Beginner
In response to pauleversonCFH

Also the implication with dual region is you have two cucm clusters with an inter cluster trunk and we have one Custer spread across both data centres :$

Yes you can have dual regions with the MCS Node.  Just install both Application servers prior to install the WebEx Nodes.

If you only have one CUCM, the One Region with two Sites is a better alternative.  The process of how the system works is the same but it is all managed from a single CUCM.  Two Regions deployments are normally meant when there are two separate CUCMs.

Hope this helps.  The nice thing is you can easily change your MP Region configuration during the deployment.

Just so I am clear, can you confirm this as an example please?

I will report back with progress when we are done

I will be on vacation next week with limited email access so email me if you have a question.

Latest Contents
IPSEC in Cisco Cisco Unified Communication Manager Server.
Created by Meddane on 05-20-2022 09:41 AM
0
0
0
0
In a Clustering over the WAN deployment, securing the ICCS (Intra-Cluster Communication Signaling) traversing the WAN can be a requirement. The IPSEC VPN Policy between nodes can be configured to secure the ICCS Traffic.To quickly verify that the IPSEC is... view more
Dial Plan and Call Routing Demystified on CUCM Dedicated boo...
Created by Meddane on 05-17-2022 06:28 AM
0
0
0
0
Attracted by the concept of dial plan and the passion of writing, I launched a challenge to write a workbook with practical scenarios covering in details this concept, the result is a workbook with 30 practice labs treating many components such route patt... view more
Interworking between SIP and H.323 explained with wireshark
Created by Meddane on 05-15-2022 08:06 AM
0
0
0
0
Understanding Media Negociation in Interworking / Traversal Call : SIP <-> H323 through Expressway. Inside SDP and H245. Both signaling and Media goes through the Expressway so the IP address of expressway is offered to both SIP and H.323 endpoin... view more
SIP Publish Message presence status
Created by Meddane on 05-15-2022 06:23 AM
0
0
0
0
Sometimes you troubleshoot the phone presence status issue, or you are wondering how the status is retrieved by IMP, the best place to start is to look at the SIP Publish message sent by the CUCM to IMP, Capture the SIP Publish message using wireshark, in... view more
Translation Pattern can match the calling number
Created by Meddane on 05-11-2022 10:17 PM
0
0
0
0
The translation pattern is the most important tool in the Call Routing Process on Cisco Unified Communication manager.By definition a Translation Pattern is used to match the DIALED NUMBER (CALLED). After a match is found we perform a digits manipulation.... view more
Ask a Question
Create
+ Discussion
+ Blog
+ Document
+ Video
+ Project Story
Find more resources
Discussions
Blogs
Documents
Events
Videos
Project Gallery
New Community Member Guide
Related support document topics