Awards and Rewards -- Separating the Wheat from the Chaff

In case you haven’t noticed, awards in the contact center industry now come thirteen to the dozen.  Over the past few weeks I’ve received an avalanche of e-mails informing me that one vendor or another has “won” the “Product of the Year” award from a company that publishes industry trade magazines.  Suspiciously, each e-mailed press release cited the same award and contained very similar quotes from the same person who, apparently, bestowed these identical awards upon various companies.

I don’t think it’s a secret these days that if you’re a contact center equipment supplier you can get as many awards as you can afford.  The whole award business has become a sham but, as an industry friend once told me, buyers love awards and as long as buyers love awards, vendors will keep purchasing them.

Fortunately there is still some integrity left in the contact center awards business.  CRM Magazine makes vendors earn rather than buy their Market Service Leader award.  For this reason, I believe this is one of the few credible awards left in the industry today.

Similar to the way “Best of Show” recognition used to be awarded at trade shows back in the day, CRM Magazine still uses this same method to determine which companies deserve to be recognized in their annual Service Leaders award.  CRM Magazine goes out to industry analysts and asks for an opinion.  No money changes hands and there are no deals being made in smoke-filled back rooms.  Vendors don’t nominate themselves and they have no say in the process.  The end result is credible recognition that buyers should pay attention to.

This year’s contact center infrastructure Service Leader award went to Cisco.  Perennial analyst favorite Avaya took a hit in the “company direction” rating as many analysts, myself included, wondered how the massive market share grab disguised as the Nortel acquisition will affect the company in the long run.

I believe the factor that pushed Cisco to the head of the pack this year is the company’s stated commitment to Web 2.0 infrastructure for the contact center.  Unless you live under the proverbial rock, you’ve seen how quickly customer service has been impacted by social media applications, and that impact isn’t likely to lessen in the future.  Cisco has planted a stake in the social media ground and has embraced Web 2.0 as an application platform for the future.  Backed by a portfolio of innovative products introduced as the Customer Collaboration suite last November, Cisco is shaking up the contact center market and I’m glad that CRM Magazine recognized that without insisting on an award fee. 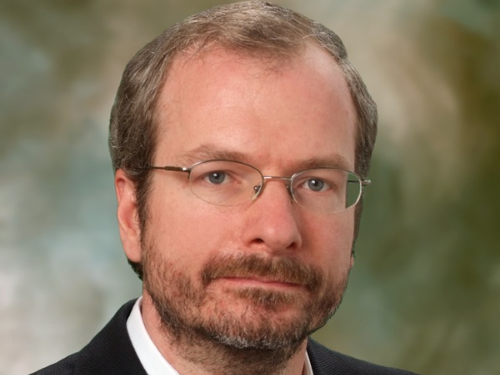 Paul, this post represents a bold statement regarding "pay to play" awards, and I applaud you shedding light on it.  Cisco is honored with the recognition from CRM Magazine, as well as the panel-judged (via secret ballot) Best of Enterprise Connect award recently won by Cisco SocialMiner.

Latest Contents
Tuning Service Discovery for WEbex Hybrid call services
Created by OpeyemiO on 06-06-2020 11:32 PM
0
0
0
0
Greetings!! I am looking out for how to Tune service discovery for Cisco Webex teams hybrid call service using CUCM. Similar to Jabber,  this can be achieve by specifying SERVICES_DOMAIN and VOICE_SERVICES_DOMAIN  in the Bootstrap/MSI.&nbsp... view more
Webex Room Kit mini and Webex Codec plus will not update
Created by reddsman on 06-06-2020 07:17 PM
0
0
0
0
I have a webex room kit mini and a webex codec plus that will not update to a newer version.  Both devices are registered to a Cisco Expressway -C not to the Cisco cloud.  I downloaded the cop.sgn file.  It downloads to the device fine, I c... view more
WebEx config tutorials
Created by yamikani2g2 on 06-06-2020 01:42 PM
0
0
0
0
Good Experts. Can anyone point me to some resource training etc from past webinar session or Ciscolive sessions i would want to know changes that have come in webex and how well to deploy during this covid 19 pandemic. Thanks
integration of UCCX or UCCE with Microsoft Dynamics
Created by yamikani2g2 on 06-06-2020 01:31 PM
2
0
2
0
Good day Experts Could anyone assist me with videos or recorded webinar sessions on UCCX or UCCE integration with Microsoft Dynamics. I will really appreciate this. Its some data that is hard to find. Thanks in advance.
Old PBX Technician
Created by lcastanon36743408 on 06-06-2020 10:22 AM
1
0
1
0
Hello My name is LeRoy I am an Old PBX tech from the Avaya platform both legacy PBX and Voice Over IP.The question i have, Is want to learn Cisco Voice. What would be the best path to take to learn Cisco Voice. At one time cisco had CCVP. Thank ... view more
CreatePlease login to create content
Discussion
Blog
Document
Video
Related Content
Discussions
Blogs
Documents
Events
Videos
Content for Community-Ad