I just realized I may have evoked a character not familiar to all readers.  Frankly I’m not surprised that many of you may not be familiar with Buck Rogers because he was a fictional character originally introduced to American culture in a 1929 comic strip called Buck Rogers in the 25th Century.  Buck migrated to radio in 1932 and then showed up as a movie serial in 1939 and again in the early 1950s.  I probably wouldn’t know about Buck myself if he hadn’t been resurrected for a short-lived TV series in 1979 when I was, in fact, alive.

The premise of Buck Rogers is that he enters a state of suspended animation caused in 1927 by radioactive gas and caused in 1979 by becoming frozen in space during a mission.  In both cases, he wakes up 504 years later thinking that he has only slept for a few hours and is faced with a plethora of everyday living phenomena that he can’t understand.  Thus, stuff that is viewed as being very futuristic is often referred to by people like me, who were old enough to watch TV in 1979, as being “Buck Rogers stuff.”

Last week I saw some Buck Rogers stuff for the contact center in the form of Cisco Finesse.  Finesse was announced earlier this month and is a Web 2.0-based desktop for contact center agents that puts needed information in a single, customizable view that best serves the needs of the agent and the customer.  This in itself is pretty cool and very futuristic, but it gets better.

One of the problems with contact center agent desktops is that they are typically clumsy, cluttered, overloaded affairs that require agents to toggle through stacks of open applications to get to the information needed to service the customer during the course of a conversation.  How many times have you been on the phone with a customer service representative and heard the words, “I’m just waiting for that screen to come up,” or something to that effect?  Happens all the time and it can have a severely negative impact on such key performance metrics as average handle time (AHT) and first call resolution (FCR).  Agents often have to ask the customer for a call-back after they’ve toggled through enough screens to find the information the customer needs.

Finesse takes care of that problem by working in conjunction with the real-time processing of customer conversations inherent in Cisco’s recently-announced multimedia capture capability and leveraging third party applications to dynamically change the agent desktop based upon the course of the conversation.  In other words, agents no longer have to toggle through dozens of open applications to get to the information they need.  Speech analytics provides dynamic, real-time screen changes automatically, without a keystroke or mouse click on the part of the agent.

All the agent has to do is wait for the appropriate information to automatically appear on the screen rather than manually hunt for it.  Speech is analyzed as it is spoken and agent’s desktop changes in response in real-time.  Is that cool, or what?  The implications for improving agent training and AHT are huge, not to mention the potential improvements in customer satisfaction (CSAT) scores.  No manual intervention on the part of the agent is required.  Finesse does all the work.

If Buck Rogers was a customer service rep, he might say, “Look ma, no hands!” 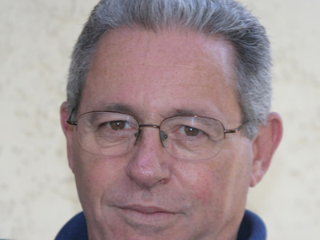 Inasmuch as I was 32 is 1979, my memories go further back to Flash Gordon and the sight of weirdly smoking rocket ships taking off from alien landscapes. By the time Buck Rodgers came around I was interested in other things. You also made me think of The Adventures of Buckaroo Banzai and the company Yoyodyne Propulsion Systems, which I believe was modeled after the company I just left . . . Rocketdyne.

Finesse sounds amazing, exciting, and definitely "futuristic". However, it begs the question (at least for me) how long will it be until the other side of the equation comes into play, i.e. before text to speech obviates the need for customer service reps entirely (with the probable exception of . . . handling exceptions)?

Contact centers are always looking for ways to cut costs so it's entirely possible that the day may come when agents handle exceptions only.  But, cost-conscious contact center managers have been trying for years to divert traffic from agents to IVR systems with mixed results.  Apparently lots of customers still like dealing with real people at the other end of the phone.  That may be a generational thing, though.  The 25th century may be closer than we think.

Latest Contents
Cisco 8861 firmware update
Created by Sisco88 on 08-10-2020 03:09 PM
4
0
4
0
Hi everyone, I have a Cisco 8861 that I just purchased and the company said it was a multiplatform firmware phone, but it looks like it isn't. I have a 3rd party PBX that i'm using. We have CUCM at work, so i was wondering if there was a way to update the... view more
ISR 4321 Voice - CUCM 12.5
Created by Juraj Papic on 08-10-2020 02:26 PM
0
0
0
0
We have two (2) ISR 4321 connected to the ISP via SIP, we are getting disconnect and the only way to fix the issue is to restart the Interface.   We get the following issue.003116: *Aug 10 17:29:03.257: //34363/DFC86B29AAA7/SIP/Error/sipSPI... view more
UCCE Count of Number of times call was placed on hold
Created by Mallan on 08-10-2020 01:48 PM
2
0
2
0
My internal business customers have a requirement to report on each time a call went on hold during a given leg. Ideally they want to see the start time and duration of each individual hold action.  I know this can be found by turning on a trace... view more
Cisco CME and Free PBX voice mail
Created by studmuffin on 08-10-2020 01:10 PM
0
0
0
0
Is it possible to use free pbx or astrix as a voicemail service instead of cisco unity or unity express
Outbound Caller-id on SIP to Carrier
Created by cmckeown on 08-10-2020 12:07 PM
1
0
1
0
Hi, can anyone point me in the right direction around callerID for outbound sip calls to the pstn.  Currently I have the following: voice class sip-profiles 1request INVITE sip-header P-Asserted-Identity add "P-Asserted-Identity:<sip:XXXXXXXX... view more
CreatePlease login to create content
Discussion
Blog
Document
Project
Video
Related Content
Discussions
Blogs
Documents
Events
Videos
Projects
Content for Community-Ad