Cisco Community
English
Register
Login
Learn how you can enter a giveaway for a FREE Cisco 730 Headset
RegisterLogin
Turn on suggestions
Auto-suggest helps you quickly narrow down your search results by suggesting possible matches as you type.
Showing results for
Search instead for
Did you mean:
Announcements 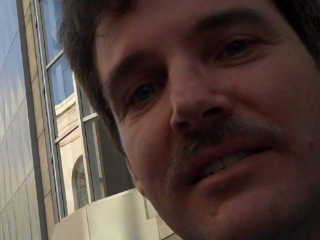 I attended Cisco Live last week.  The event provided a great opportunity to exchange information with our customers and partners and to learn about other Cisco products.

There was a great deal of interest about current support for virtualization as well as our plans to support VMware on the Cisco UCS (Unified Computing System) in the future.

For those most interested in details about our current support for virtualization for PGs and AW clients, I pointed them to two documents, the “Virtualization Guide for Cisco Unified ICM/Contact Center Enterprise & Hosted, Release 7.5(3)” and the Server Virtualization section in the “Hardware and System Software Specification (Bill of Materials)” which are both on CCO in the ICM End-User Guides page .

We are in the planning phase to support Unified CCE, CVP and EA using VMware on UCS as an additional platform, targeted for the second quarter of 2010.  To learn more about the system I bought a book about it called Project California: a Data Center Virtualization Server - UCS (Unified Computing System).  I found it to be a very comprehensive book which devotes 50% to reference material and 50% to the specific implementation of the California project.  To get a copy of the book, go to Lulu.com.

The book describes many features which lower TCO, one of which is the use of a CNA (Converged Network Adaptor).  It’s a single connector which supports both Ethernet and Fiber Channel over Ethernet (FCoE), saving CAPEX from fewer components, switches and cabling, and saving OPEX from the reduction in power and cooling compared with systems that support separate Ethernet and Fiber Channel interconnects.

I made the following video clip at Cisco Live which shows the size of a UCS chassis.  I used both the Telepresence Recording Studio demo at Cisco Live, and a Flip video camera to make it.

I also made a short video clip which shows Tommi Salli from the UCS team explaining some additional aspects of the UCS which help to lower the TCO.  I captured this after attending his introduction of UCS session.  You will need to turn the volume up for this one.  Go to https://communities.cisco.com/videos/2223

Latest Contents
how disable TelePresence Room feature in Expressway
Created by @mHadi on 03-05-2021 09:36 AM
0
0
0
0
hi freinds, how can i disable TelePresence Room feature in Expressway E and C ?? because from wan, i always see attack and try on these feature and i dont use it on my scenario,
CUIC: duplicate values in custom call variable report
Created by floatingpurr on 03-05-2021 08:57 AM
0
0
0
0
I'm on a CUIC bundled with CCX 12.0.1.10000-24. When I run the "custom call variable report" I see duplicate values in the report. Here is an example of the problem in action: As you can notice, some rows are duplicated more times. To be more clear, ... view more
Initial Announcement for Hunt pilot not playing when transfe...
Created by rarmitage on 03-05-2021 08:19 AM
0
0
0
0
When I dial directly into the Hunt Pilot I get the  Initial announcement played. We I transfer in from a Call Handler the announcement does not play. Any Ideas?
report to get chat sessions per user from IM Presence
Created by B@l@ji on 03-05-2021 08:17 AM
1
0
1
0
Is there any report that shows the number of chat sessions initiated/received by the user?Any help on this greatly appreciated.
Blind/Unattended Transfer Failing over CUBE to AT&T IPFlex
Created by mclason01 on 03-05-2021 06:39 AM
3
0
3
0
I have been banging my head against my wall on this the past 4 months with TAC and AT&T pointing the finger at each other. Hoping someone else has experience this and found a solution. Outbound call flow: IP Phone > CUCM 12.5 > Cisco 3925 C... view more
CreatePlease login to create content
Discussion
Blog
Document
Project Story
Video
Related Content
Discussions
Blogs
Documents
Events
Videos
Project Gallery
Content for Community-Ad