The way a Call Bridge connects to the Streaming server is similar to the way it connects to the Recorder. When a user starts the stream, the Call Bridge will look at the active Call Profile to get the streaming URI (in the diagram this is streamer@streamer.cll-collab.internal) and then look for an Outbound Rule that matches the URI domain. It will then set up a SIP connection the SIP Proxy in the rule and start streaming the media. Included in the SIP headers during call set-up, will be the RTMP address that the meeting should be streamed to. The RTMP address is configured on a space so each space could be sent to different RTMP addresses depending on how the third-party server is set up.

The supported deployment architecture for the Streaming Server is identical to the Recorder. If you are deploying a single streaming server, then you can connect directly from one or many Call Bridges to the streaming server. 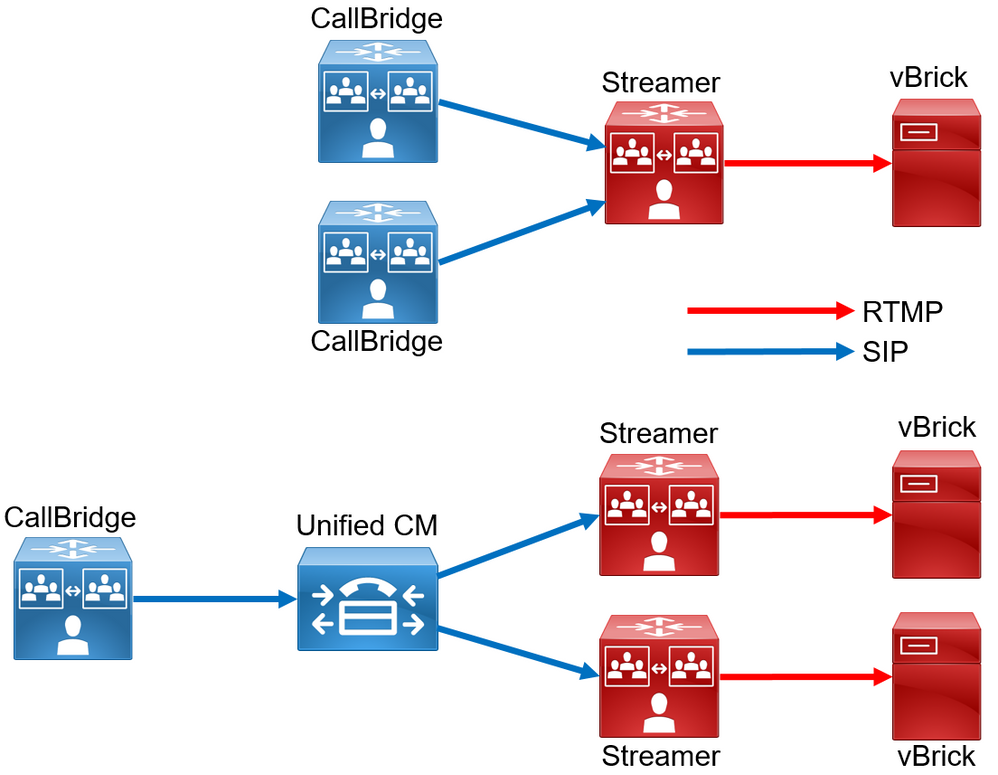 If you are deploying multiple Cisco Meeting Server streaming servers, then it is recommended to deploy them behind a call control device such as Cisco Unified CM so that it can manage the load balancing and failover. These streaming servers can stream to separate third-party servers or both stream to the same one. 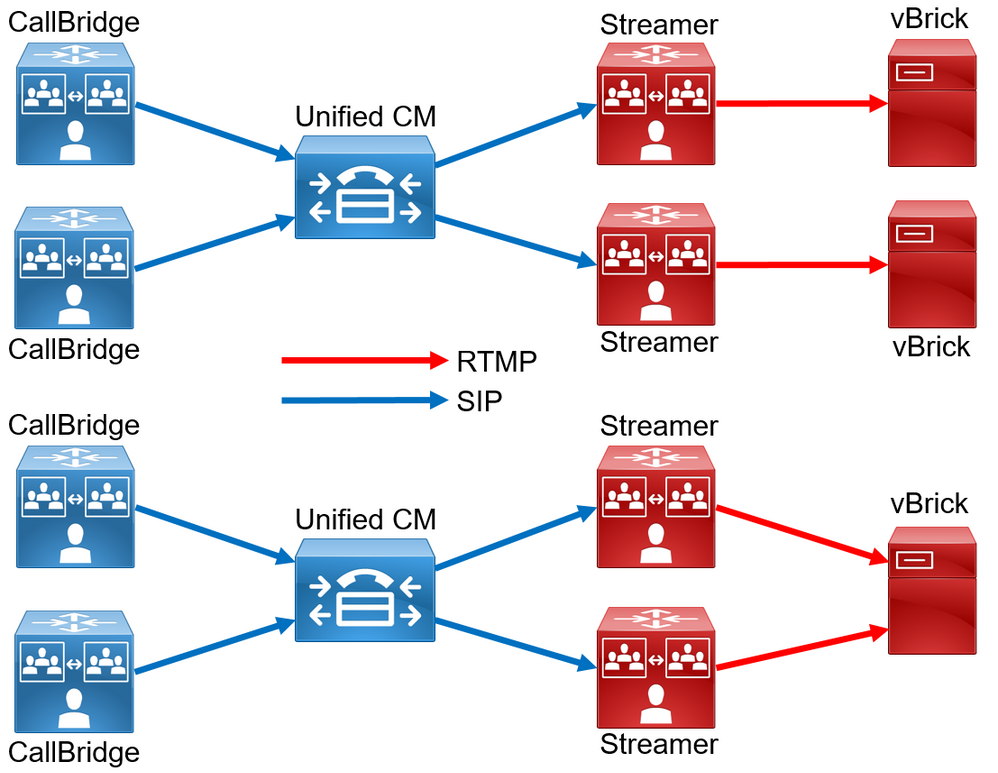 As with the Recorder it is not supported in a production environment to deploy a Streamer on the same physical server as the Call Bridge otherwise unexpected performance issue s may occur. However, in a lab or test environment deployment on the same server is allowed and will work.

Once the Streamer is deployed you need to configure DTMF, Call and Call Leg profiles:

The DTMF profile will determine which touch tones will be used to start and stop the recording and will be assigned to the global profile to become the default for the company. You can only have one DTMF profile across the whole organization.

The Call profile will define whether a meeting can be streamed or not. The Call profile can be assigned to the global profile (will be the default profile for the organization), a space, or an active call with the active call being the highest priority then the space and finally the global default. The Call Profile is also used to configure the SIP Streaming URI that is used to connect the Call Bridge to the Streamer.

The Call Leg Profile is assigned to the user when they join a meeting and determines whether they are allowed to start and stop the streaming. The call leg profile can be set in many locations and depending on how the user joins the call will determine which profile they pick up and therefore whether they can stream the call or not.