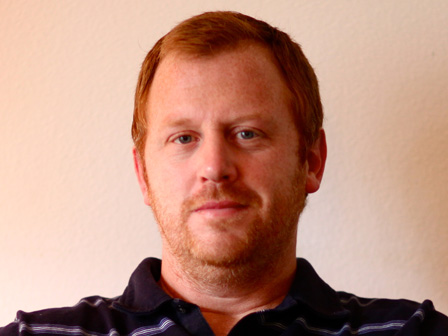 It’s no secret that when people get together to collaborate, great things can happen. Nowhere is this more evident than in the stories of our customers. That’s why we are bringing their voice to the forefront in a new series called Collaboration Innovators. It’s our way of showcasing new innovative use cases of collaboration technologies and bringing some stories to light that inspire a different way of thinking about technology.

To kick off the series we are highlighting Jerry Bruckheimer, one of the world’s most successful and innovative film producers. Bruckheimer is using Cisco TelePresence to change the collaboration game in Hollywood by bringing on-set and remote directors, editors, and talent together to produce award winning films.

In Bruckheimer’s upcoming film Lone Ranger, he took Cisco TelePresence EX90s behind the scenes to help with movie production. Armed with life-like, instantaneous video collaboration, Bruckheimer was able to review film dailies with editors and post-production staff in Los Angeles while he was on-set in New Mexico. Once location shooting had wrapped, several more units were deployed to post-production teams around the globe to collaborate over visual content and begin assembling what will be the final film, to be released June 2013.  In this business, keeping the flow of communication rolling and teamwork is critical.  As they say, time is money.

While telepresence took a leading role in this story -- infrastructure and networking gear play a major supporting role to drive the needs of business every step of the way. Ever think about the amount of data that passes hands when making a film? Cisco makes it all possible.

Video and telepresence may have debuted in the boardroom, but its clear to see that its uses don’t end there.  From connecting choreographers and dance students from around the world to decreasing stroke mortality rates, people are discovering ground-breaking ways to make the most out of Cisco’s collaborative technologies.

How can other organizations excel?  Read more about Jerry Bruckheimer’s collaboration story and watch the video in our Collaboration Innovators feature.  See how people are getting creative to accomplish extraordinary things and share your story or a photo. Together, we can let the world know #HowWeCollaborate.

Thanks for the post. Just a minor edit is needed. the facebook link (Collaboration Innovators) below isn’t formatted correctly. The link has a http at the end which needs to be removed

Just fixed it - thanks!

Latest Contents
FYI: jabber version 14 has bug issue with imagicle gadgets
Created by @mHadi on 05-12-2021 03:45 PM
1
0
1
0
hi dear friends,i want just to give some information and test result about jabber integration with imagicle solution, this is my test result in date 5/13/2021jabber version 14.0.0 on both PC and android, has some bug with imagicle gadgets integration... view more
CUCCX 12.5 CCP for Desktop Chat
Created by Juan Carlos Arias Perez on 05-12-2021 02:56 PM
1
0
1
0
Hello, do I need to install CCP server to enable Desktop Chat on Finesse?? Regards,Juan Carlos Arias
Phone Service not available
Created by mcappelli on 05-12-2021 07:59 AM
6
0
6
0
Hello, i'm using a Cisco CUCM 11.5 version and i did create a Phone Service named Speedy to use an external directory.After that i went under the phone to subrscribe that Phone Service Speedy but it's not on the list of Phone Services. Someone c... view more
Presence Server shows wrong current UTC Time
Created by cataldo.fornito on 05-12-2021 07:09 AM
3
0
3
0
Hi,my presence/IM server shows wrong current UTC Time. (20:42 instead of 15:42)NTP is enabled and Publisher has correct UTC Time and timezone set. I did the following workaround: I set a "wrong" timezone (Etc/GMT+5) on the presence server.Now at leas... view more
Unity Connection 12.5 Upgrade - Switches Version automatical...
Created by Bill on 05-12-2021 05:13 AM
3
0
3
0
I've done a few upgrades to CUC 12.5 and noticed that even though I select to not switch versions, the server switches versions anyway.Is this expected?Is it documented anywhere?Thanks
Create ContentLogin to create content
Question or Discussion
Blog
Document
Project Story
Video
Related Content
Discussions
Blogs
Documents
Events
Videos
Project Gallery
Content for Community-Ad