Does not display the name of the called party 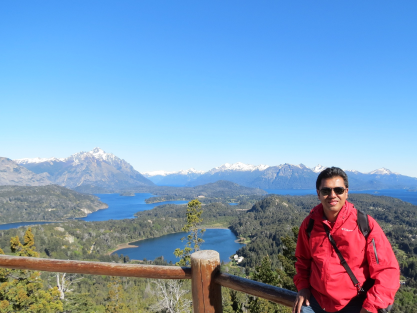 When I tried to make a call to another phone that it`s register in another CCME, should appear on my phone screen the name of the called party, but I don`t why it doesn`t work for me. What can I review on the configuration to fix this issue? Thanks

When a user tries to call another remote user registered to another Cisco Unified Callmanager Express, the called party appears as "To fake_Display" on the calling phone display while the call is getting connected.

This error message appears on the remote side phones due to the terminating gateway sending an alert message instead of a progress message after it receives a call setup message. This happens if the command voice call send-alert is enabled on the Cisco Unified Callmanager Express router.

This isssue is fixed in Cisco IOS version 12.4XC or later.

You can also try the following workaround to resolve the issue.

On the Cisco Unified Callmanager Express router, use the following command no voice call send-alert and then the terminating gateway will send a progress message after it receives a call Setup message.

0 Helpful
Share
Latest Contents
Preview mode for outbound dialer - who makes the call?
Created by Slackerou on 10-28-2020 01:53 PM
2
5
2
5
Hello, Outbound Dialer UCCE Ver10.5In preview mode, is it the dialer application making the outbound call to the GW or is it the agents phone via CUCM that is initiating the call?
All agent competence set to default after engine restart.
Created by LabanM on 10-28-2020 12:43 PM
2
0
2
0
We did an engine reset a few days ago and now managers are saying all agents competence levels have been reset to the queue default. Is this common behavior? I've never seen this happen before. UCCX 12.5System version: 12.5.1.10000-31
Cisco CUBE Address Hiding
Created by stevenlandon on 10-28-2020 12:17 PM
0
0
0
0
I am trying to setup a CUBE router so it is hiding the ip address of the ITSP from internal endpoints and well as the internal address from the ITSP. For some reason, the CVP server is seeing the ITSP IP address. I dont recall having this issue ... view more
Wallboards
Created by jmueller@metrohealth.org on 10-28-2020 11:00 AM
2
0
2
0
If I change the Wallboards password under Password Management, do I need to change it anywhere else?Does this impact Finesse, CUIC or Real Time Reporting?We are looking to add a third party reporting tool which needs this password but we do not have it an... view more
Jabber to Jabber Can't Hear or Talk
Created by Don.Lee123 on 10-28-2020 10:03 AM
3
0
3
0
As the title states, we have two Jabber devices that will be used for WFH purposes and they cannot talk to each other. We confirmed this when they called each other and no sound. We tested with a conference call with both devices in the call to confirm if... view more
CreatePlease login to create content
Discussion
Blog
Document
Project
Video
Related Content
Discussions
Blogs
Events
Videos
Projects
Content for Community-Ad