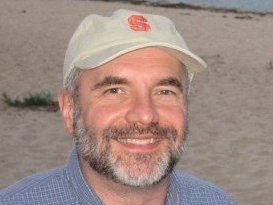 Over the years, I’ve talked to a lot of project teams and people involved in Enterprise 2.0 initiatives. What I’ve derived from those interactions is that the biggest hurdle to success has to do with the “soft” issues related to adoption. As a follow-up to my earlier post, I’ve summarized some of the techniques employed by project teams to encourage changes in people's attitudes and behaviors (e.g., the value of participation). My opinion is that there is no single right approach, no single best strategy that you can simply apply from one situation to the next. It remains "more art than science" as the saying goes. However, there are common practices that can help – and the following list illustrates some of them at a high level – but my advice is to treat your own circumstance as unique. Listen to experts in the field, but ultimately take ownership of the challenge and be prepared to mix-and-match a blend of the tactics outlined below – and don’t hesitate to follow your own ideas.

I divided things up into two basic categories: high-level bootstrapping of the overall social network site, and some specific calls-to-action that might help jumpstart participation.

Bottom-Up: Project teams employ a bottom-up strategy to encourage employees, teams, and departments to take local ownership of the social network site within a governance framework. The result might be a chaotic and inconsistent level of utilization and growth of the site but those groups that “stick with it” will shape the community environment and produce leaders that can help evangelize benefits upwards to management.

Top-Down: In some organizations, there is a cultural deference to management. A top-down approach enables project teams to leverage management as champions. Project teams often will encourage participation in ways that meets more specific needs of the sponsor (innovation, sales enablement, expertise-based solutions). If done well, the rollout is more structure where participation is linked to business processes.

Pull: In a pull model, rather than trying to force or otherwise persuade areas in the company to participate in the effort, project teams focus on those areas willing to work constructively on specific pilots. By focusing on making each pilot participant a success, it creates a level of scarcity - and hopefully a level of eagerness on the part of the next group in the queue. There’s a belief by some project teams that those groups will begin to improve their readiness in anticipation of being the next winning pilot.

Viral: Some project teams have also talked to me about letting the site “go viral” when faced with resource or budget constraints. The difference between a bottom-up and viral approach (to me at least) is that bottom-up is a designed intent. In the viral scenario, the site is literally is left alone (e.g., no formal governance). Only essential security and HR-related policies are applied. The hope is that an employee-led groundswell will attract management interest and desire to invest in the project.

People-to-People: One technique that has worked for some project teams has been to bootstrap membership-building efforts by persuading certain people in the organization that are influential or known for their broad relationships with co-workers to join the social network site. These people may be viewed as “power users”, “evangelists”, or are simply trusted by colleagues for their judgment and high level of performance. The hope is that certain individuals will acts as catalysts for others to join, creating network effects that lead to more rapid uptake.

People-to-Content: Another technique employed by project teams is to create compelling new content, or to move existing popular content, to the social network site. The goal is to create a reason for people to visit the site. Whether the content is embargoed (membership required to view) or restricted in some way is another choice project teams can make. For instance, if people want to comment on the content, they may have to create their profile. The idea is to create a sense of “membership privileges” that come to employees if they join the site.

People-centric Applications: Project teams often emphasize applications such as expertise location, discussion forums, or community spaces as another reason for co-workers to create profiles and participate on the social network site. In the past, much faith has been placed on community spaces and expertise location tools because they encourage creation of rich profiles. More recently, micro-blogging and activity stream features have emerged as other tools that make it desirable for employees to create profiles and participate on social network sites.

Collective Events: Although not as popular in my experience as other tactics, some project teams I’ve talked to over the years deliver events (online chats, webcasts, even scavenger hunts) to encourage participation. Through play, please learn how to use the system in a relaxed setting. Events can create the change for interaction that might persuade people to join the site.

Existing Groups: Another practice cited by project teams has been to seek out existing groups that meet face-to-face with no online presence, or ones that use another online platform, or ones that use an external site such as LinkedIn, and recruit them to move onto the new social network site. These early adopters can provide immediate visibility to the site since their participation is a transition to a new environment rather than the longer bootstrapping effort needed to cold-start a community.

In earlier posts on my personal blog (see "The Era Of Volunteerism", "Why Is Social Software Important", and "Categorizing Collaboration" way back in 2007 ), I've argued the degree to which an employee participates above and beyond what their job entails is a daily decision. There are times when we can direct people to communicate, share, and collaborate. We can basically conscript some level of participation based on an employee's role, nature of their work activities, and their expectation of getting something in return (e.g., a good review, being paid, keeping their job). However, as knowledge management strategists have learned long ago, there are limits to what we can command people to do - especially when it comes to what's in their heads, and asking them to volunteer in contexts such as a social network site.Understanding the psychology and sociology behind participation remains largely unknown within the enterprise. Perhaps an opportunity for people with those skills to be involved in Enterprise 2.0 initiatives.

Latest Contents
Enabling Wrap-Up Codes
Created by Matthew Martin on 07-13-2020 08:21 AM
0
0
0
0
Hello All,UCCX: 10.6(1)We want to enable Wrap-Up codes for Agents so they start getting prompted when a call ends to select a wrap-up code.Currently, we don't have any wrap-up codes configured so Agents are not prompted to select one at this time.If I sta... view more
CUCM SiP Trunk to CUBE Call disconnection problem issue
Created by m.soleimani on 07-13-2020 07:46 AM
1
0
1
0
I have cisco call manger 12.5 and cisco ISR 4451 with CUBE-Version : 11.5.2, I have sip trunk to my CUBE, when my client makes an Outbound call to CUBE every things  is fine but when other call party disconnect the call, my client side call does... view more
hide cucm contact list on 8865
Created by PacketLoss. on 07-13-2020 06:54 AM
4
0
4
0
hello, I have some 8865 Cisco phones and I need to hide the contacts list of the users that are present on CUCM because who has a 8865 must see only an Imagicle's contact list. How can I do this? Thank you Giulia
DTMF not working from within network
Created by Maliksvoice on 07-13-2020 06:49 AM
0
0
0
0
HI Everyone, Scenario.I have an IVR with a simple menu.Press 1 for Tech support.When calling from my IP phone within the network, i press 1 the tone is not recognized and the script does not proceed further.It works perfectly when i try to call from ... view more
SQL query expire Certificate delete
Created by dihraj.achhra@vodafone.com on 07-13-2020 05:31 AM
0
0
0
0
Looking ahead for SQL query expire Certificate delete
CreatePlease login to create content
Discussion
Blog
Document
Video
Related Content
Discussions
Blogs
Documents
Events
Videos
Content for Community-Ad