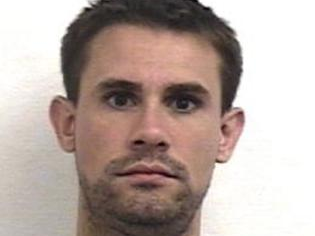 The term "passthrough" can be very confusing when it comes to discussing it as a fax transport method. In its most general sense the term "passthrough" or "fax passthrough" simply refers to passing fax calls over an IP network using the G.711 codec. "Passthrough" can also be specifically used to refer to transporting fax using G.711 with an NSE-based switchover mechanism. Configuring the modem passthrough command in IOS voice gateways invokes NSE-based passthrough. This command results in the transporting of a fax call over the G.711 codec with NSEs signaling the switchover upon the detection of a 2100 Hz CED tone. The only way to distinguish which "passthrough" term is being referred to is by the context of the sentence where it is being used.

5 Helpful
Share
Latest Contents
Bulk add hunt pilots, hunt list and line groups
Created by CraigGilliam09639 on 11-28-2020 06:13 AM
3
0
3
0
Is it possible to bulk add hunt pilots, hunt list and line groups? Either via spreadsheet or programmatically.
I am having problems Calling in Webex Teams (Unified CM)
Created by FelipeFernandesReges2710 on 11-27-2020 11:56 AM
0
0
0
0
Hi team ! I am using IOS and Android phones, the problem is that when the phone screen becomes osiosa, I lose the registration of my extension in CUCM.Has anyone ever experienced this? Tks
webex teams: Availability/Status of users lost after updatin...
Created by JD62244 on 11-27-2020 11:55 AM
0
0
0
0
Webex Teams showed a green circular arrow on the left and said an update was available. Applied it and it took a few seconds.Now don't see the availability or status of any other users (and they may not see mine.)Help about shows the version as 40.11.0.17... view more
Broken keyboard shortcuts in latest version of Webex Teams d...
Created by WadeHunterJSI on 11-27-2020 08:20 AM
0
5
0
5
The latest desktop version of Webex Teams (40.11.0) breaks all in-meeting keyboard shortcuts (toggle mute, video, etc) as described in the below article in the "Meetings and Calls" section.Team Collaboration - Webex Teams | Keyboard Navigation and Shortcu... view more
ISR4321: GW registered but cant make in/outbound calls
Created by Huascar Teran on 11-27-2020 07:46 AM
1
0
1
0
Cisco IOS XE Software, Version 03.16.04b.S - Extended Support ReleaseNAME: "Chassis", DESCR: "Cisco ISR4321 Chassis"     PID: ISR4321/K9 -  GW is MGCP registered & its showing as registered in CUCM (11.5SU4)-  show contro... view more
CreatePlease login to create content
Discussion
Blog
Document
Project
Video
Related Content
Discussions
Blogs
Events
Videos
Projects
Content for Community-Ad