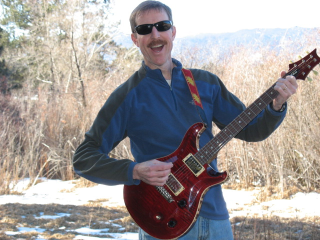 According to Frost & Sullivan's North American Contact Center Systems Market report, Cisco's share of the key North American Inbound Contact Routing (ICR) systems market grew by nearly three points from 2010 to 2011, and we closed the gap on declining supplier Avaya by nearly four and a half points (measured in revenue).  Cisco's surging performance in the contact center market is consistent with reports from other analysts such as Gartner.

Frost's report also includes a section on the North American Interactive Voice Response (IVR) market, although since Frost reports on IVR using different criteria than IVR Analyst Tern, it is recommend that the Tern data be used for this market segment.

0 Helpful
Share
Latest Contents
connection to webbridge 3 failed
Created by collinks2 on 07-26-2021 07:11 PM
0
0
0
0
I have cms 3.2 installedI have successfully installed the certificate chain which has client and server authentication.The webbridge3 url is not displaying any web page.error: c2w://cms.domain.com:9999 connection failed ..i have not been able to see where... view more
SIP Trunk between AVAYA CM 6.3 to Cisco CUBE
Created by cdevkota-sc on 07-26-2021 07:02 PM
0
0
0
0
Hello,I have to create SIP trunk between Avaya CM 6.3 and Cisco CUBE for phase wise migration my Avaya Users/Phones to Cisco Call Manager. I don't have any issue to work on Cisco side but did not get exact document how to create SIP trunk in AVAYA, i am n... view more
mum needs help with webex
Created by dnd.cirocco on 07-26-2021 06:06 PM
0
0
0
0
i tried to use a code from school to connect for morning class meeting, it didnt do it, why did this not work for me, im new to this.My name is on account not my son would this be the problem? its a school.
inbound call issue
Created by arouna.kikone1 on 07-26-2021 04:41 PM
1
0
1
0
Hello Everyone,Please, i need your help!!! I have a 12.0.1 cucm with an E1 / PR1 gateway. I manage to send the calls to the outside but the calls coming from the outside do not succeed. the "debug isdn q931" command shows me the correct calling numbe... view more
UCCX procedure to "Upgrade VM Compatibility" on vSphere
Created by jeffrey.hundstad@mnsu.edu on 07-26-2021 01:58 PM
1
0
1
0
Hello,I'm in the process of upgrading our ESXi server that hosts a UCCX guest.  In order to do that upgrade I need to update the "Compatibility" of the guest.  I can't find a document that shows the advised procedure is for this upgrade. I'... view more
Create ContentLogin to create content
Question or Discussion
Blog
Document
Project Story
Video
Related Content
Discussions
Blogs
Events
Videos
Project Gallery
Content for Community-Ad
Webex User Discussion Webex Beta Program How to Use the Community
NEW Webex Learning Catalog Help Center Share a Product Idea