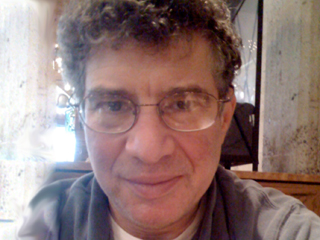 I have to thank the folks at Cisco for inviting me to the SF Telepresence center for a "fireside chat" on Mobility and Unified Communications. Below is the post i put up at the Opus Research Site.

There is no question that "unified communications" and "collaboration" are destined to have a mobile component. By the light of a Telepresence system in Cisco's offices in San Francisco, Laurent Philonenko, VP and general manager of Cisco's Unified Communications Business Unit was joined by Pat Scheckel, VP of Converged Infrastructure Solutions at CDW, to provide insights into, first, the current and future offering of Mobile UC products from Cisco and, second, to inform us of the level of marketplace acceptance from the point of view of a major reseller/integrator/distributor/user of Cisco UC software and services.

For background, CDW's Scheckel explained that his company, with 6,500 employees in 23 locations, had already been instrumental in 3,500 UC deployments (primarily in the U.S., but also "around the world". Admittedly, not all of those implementations can be considered "mobile UC", yet it is clear that virtually all of CDW's customers and prospects are coming to grips with the reality that their employees are using their mobile phones to carry out their daily business.

In the past, Scheckel observed that IT decisionmakers may have put off the pursuit of a "fixed to mobile" solution as they tackled larger, transformative events such as mergers, PBX elimination, contact center consolidation or general "virtualization" of both IT and customer care resources. Today, things are different. At a minimum, employees are accessing email on their mobile devices. Many have had their eyes open to the potential of a "smartphone" to run multiple applications linked to the company's CRM system, "presence" indicators or conferencing. The IT department or other keepers of the keys to business policy and procedures are looking for an easy way to embrace new, mobile platforms.

For its part, Laurent Philonenko says the company has been offering an iPhone application for free through the iTunes AppStore for almost a year. If it is there, it is not easy to find. A search for iPhone apps from Cisco Systems yielded two hits, but one is an "internet speed tester" utility and the other is a videogame called Cisco Edge Quest 2. That said, I had seen demos of the existing Cisco UC Mobility application (which is the client-side instantiation of applications which require enterprises to own and operate a Cisco Unified Mobility Advantage Server) and can attest to its core value, which is providing the IT department (and keepers of business rules and processses) with a secure, proven mechanism for extending advanced call routing, presence management, visual voice mai and directory features to mobile phones.

The new version will add Voice over WiFi, a feature called "shake-to-lock" which enables iPhone users to lock their phones with a simple shaking gesture, and another feature called "call preservation" which ensures that a user doesn't drop a call when "going outside the application" to search a directory or check a calendar item. Voice dialing is also on the product roadmap (though it is not expected to be in the version released in April.

While the iPhone is the showcase for the new features, Cisco will have more mobile applications for the RIM Blackberry and Nokia E-series phones. Android will also be supported (although they have not seen a lot of Androids in enterprise IT fabrics), with qualified support of Microsoft Phone (Windows Mobile), should it re-establish itself as a contender. The iPhone is supported with a downloadable app that uses Java to render the keyboard and carry out instructions. We an also anticipate support of browser-based rendering of phone apps using HTML5 (much like the recently introduced Google Voice offering). This dual approach would extend Cisco's reach across the entire community of smartphones running standard browsers.

In effect, Cisco and its master distributors like CDW are removing many barriers to enterprise acceptance of mobile phones. So called "Fixed to Mobile" transitions are less about purchasing new servers and hardware access points and more about downloadable software or browser-based communications. The market is certainly ready. Lower CapEx and reduced complexity make this a very timely offer. 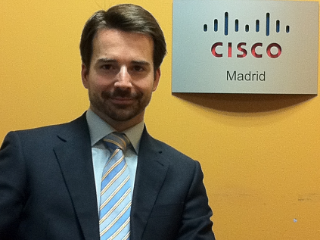 On a bit of a side-track conversation, enterprise communication clients for the iphone are a clear example of why Apple needs to include background applications running on the device and also improve the battery life. I have an iphone 3GS and it would be great to have the Cisco Mobile client running all the time instead of me starting the app every time I want to look someone up or check my corporate voicemail. That'd be super-useful.

Now, on the other hand, for that to happen Apple also needs to increase the battery life of the 3GS or else the practical side of things (running out of power) will push back on the adoption. Sometimes, it's just small things that make the difference...

Latest Contents
UC-One SaaS pre integrated Apps - Salesforce integration
Created by parlos on 04-10-2021 06:55 PM
0
5
0
5
Hello, we are service provider and have migrated to UC-One SaaS platform. The datasheet talks about pre-integrated apps and for our case I only see a plugin to integrate with outlook, no clue where to find the options to enable the integration. We are par... view more
Consider If Formula - Agent ID Associated with a Skill Group
Created by abhilash2001 on 04-10-2021 10:52 AM
0
5
0
5
Hi Everyone:  I am trying to figure out a Consider If Formula for an Agent ID/Peripheral Number associated with a Skill Group. Basically, I am trying to queue to an agent, and if my agent is not available, I want to queue to a skill group this a... view more
Jabber - Photo in My profile section
Created by Alberto Sanz on 04-10-2021 07:48 AM
0
0
0
0
Hello,we have deployed on-premise Cisco Jabber 12.9 and we get the contact's picture from AD successfully but the user's picture is not showed in "My profile and settings"we have tested Cisco Jabber 14.0 too.our jabber-default.xml file is:<?xml version... view more
SDK compatibility for Cisco ISR4331 with UCSXSI SDK 1.0.2
Created by AhmedAbid on 04-10-2021 04:21 AM
0
5
0
5
We have Cisco ISR4331 with the following IOS and CME versionIOS Version: IOS XE Software, Version 16.06.04CME Version: Version 12.0 (SIP)We would like to know if the following version of SDK is compatible with CME version in order to develop the integrati... view more
SIP - SDP m-line meaning and port description
Created by tschafferx on 04-10-2021 02:59 AM
1
0
1
0
Hello community, I am currently reading the newest CLOR 350-801 Cisco Press book. There is a section in the SIP-Protocols description which recaps how early offer and delayed offer works. Here is an excerpt from the book about early offer: The O... view more
Create ContentLogin to create content
Question or Discussion
Blog
Document
Project Story
Video
Related Content
Discussions
Blogs
Documents
Events
Videos
Project Gallery
Content for Community-Ad