Information about the Mailbox size limit and configuration for Unity Connection 2.x and 7.x. 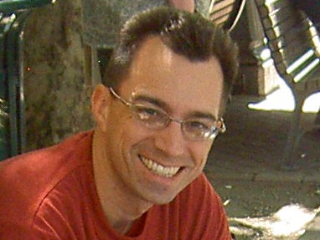 We have imported on Senior VP who has an old Unity Mailbox that is more than 100 messages and is 150MB in size.  Regardless of the rational behind this box, when we imported him into UCx we gave him a profile that had a 200MB limit.

Has anyone seen or heard this before?  I have never had a box with this many messages in it for an actual user, ust the old EAdmin box which we promptly delete and never have logged into on UCx after COBRAs import.

Latest Contents
CUBE SIP Profile manipulate header for transfer calls
Created by rashid4325 on 09-18-2020 10:28 PM
0
0
0
0
Hi everyone, I have integrated CUCM with Genesys Contact Center but genesys are unable to update CLI of transfer calls from CUCM, From Cisco side we send original Calling Party# in Remote-party-id field. Is there any way we can send Calling par... view more
CUCM BAT Error: Quoted String Exceeded 32768 bytes
Created by cipriano.sapien on 09-18-2020 09:13 PM
2
0
2
0
Uploaded a CSV file to BAT.  Tried to run the phone update and I get this error. "Error occurred during find. A quoted string exceeds 32768 bytes. The file was downloaded through BAT with all the CSF devices.  Then I trimmed it down to... view more
Make Cisco CP-8865-K9 (8800 Series) phone work on my home ne...
Created by KennethEmmer94830 on 09-18-2020 07:27 PM
6
0
6
0
I'm thinking of buying the Cisco CP-8865-K9 IP Video Phone to use at home.  I have a wireless router connected to a Charter Spectrum modem.  Is there some way I can use this phone at home? https://www.cisco.com/c/en/us/products/co... view more
SX80 Dual Output Layouts
Created by StuartChatterton71389 on 09-18-2020 03:31 PM
0
0
0
0
I have a SX80 running ce9.7 with two display outputs (HDMI1&2) and would like to know how I can create the following setup? Output 1 - Active speaker layoutOutput 2 - All participants in Equal layout Sorry if this is a basic question but I’m... view more
Presenter in a meeting automaticlly change
Created by AndersonMedeirosGeraldo on 09-18-2020 01:17 PM
0
0
0
0
Hi,In meeting the presenter automatically change by system, many participants change presenter role, the host locked meeting, the option Anyone can share is clear.Have any idea of this error?
CreatePlease login to create content
Discussion
Blog
Document
Project
Video
Related Content
Discussions
Blogs
Events
Videos
Projects
Content for Community-Ad