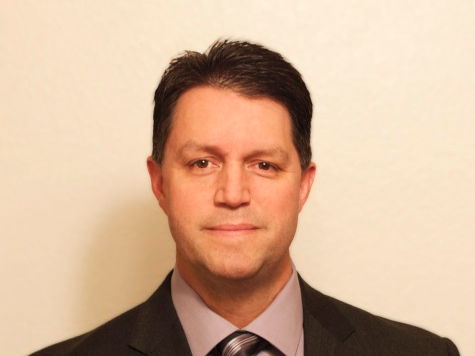 Today, as part of the launch of Cisco Collaboration 8.0, Cisco is announcing a brand new technology into the marketplace. This technology - Cisco Intercompany Media Engine (IME) - is a revolutionary new technique for solving the open federation problem.

IME addresses the issues that have made open federation a challenge. It enables any enterprise or domain - anywhere in the world - to federate openly with every other enterprise that is IME enabled.

IME is effortless. IME federation works with the existing phone numbers used by each enterprise. There are no new phone numbers to assign. Users make calls just like they've been making all along, dialing the numbers of their colleagues through click-to-dial, speed-dials, contact lists, or plain old number punching. Yesterday, those calls went over the PSTN. Tomorrow, they'll go over IP. Yesterday, users got just basic voice. Tomorrow, they'll get rich media.

IME is distributed. There is no central hub, no central database, no central service provider. Enterprises participate individually, and the collection of enterprises utilizing IME forms a distributed network. That network becomes the platform that delivers open federation.

IME is global. It works everywhere in the world. Enterprises from the United States to Europe, from Asia to Africa, and from Canada to Cambodia can participate.

IME is secure. Despite the lack of any kind of central authority or central database, it guarantees the integrity and accuracy of the phone number to domain name mappings it provides. It prevents - through either malice or misconfiguration - misrouting of calls or theft of phone numbers.

IME prevents spam. IME brings to the table a new form of VoIP spam prevention. This new mechanism is self-automated, and requires no configuration from administrators or end users. Unwanted calls are blocked at the enterprise firewall. There is no "open pinhole". SIP processing at the firewall itself stops unwanted calls dead in their tracks.

IME is scalable. IME works no matter how many enterprises use it. Whether its one, ten, a thousand, or a hundred thousand enterprises, IME scales all the way up.

IME achieves these goals by forming a unique hybrid of three technologies - the PSTN, SIP, and distributed hash tables (DHT) - better known as peer-to-peer networks. Here, the peer-to-peer network runs amongst servers under enterprise control. Peer-to-peer is often associated with illegal file sharing and desktop software. However, that is just one use of this incredibly powerful technology. IME uses it in a different way - a way that is controlled, secure, and enables a scalable solution to the federation problem.

Finally, the path to the future I've been painting has arrived. The boundaries between enterprises will be broken down, and the power of collaboration will be fully realized.

Latest Contents
What to monitor on a ucce deployment - morrning checks
Created by iptuser55 on 04-14-2021 02:17 PM
0
0
0
0
Ive been asked to start morning checks. I'm looking to use rttest on the router to see the process and opctest status on the PG to sync as well as normal cpu, memory etc. Is there anything else people monitor, recommend? Thanks
CUACA 12.0.5
Created by getdan on 04-14-2021 01:41 PM
0
0
0
0
When i log in to the CUAC console i get a message you are logged into the subscriber, how do I get it to log into the publisher?
Agent's state never goes talking after picking up phone call
Created by AnthonySMillsIT on 04-14-2021 11:32 AM
0
0
0
0
I have an agent that goes into the queue, answers a phone call but then will get another call while still on the phone. I can find these instances in agent state details and it shows then as Ready>(Agent gets call)>Reserved>(Agent begins the conv... view more
CER - Onsite Alerts failing
Created by tina.hopper on 04-14-2021 09:35 AM
0
5
0
5
Hi all: Have recently deployed CER 12.5.1, and all was working fine until we added a new site. This site has multiple onsite alerts (about 9) that they all state are mandatory to receive telephone and email notifications. We just tested 911 toda... view more
Sharing a recorded call video with audio cannot hear both si...
Created by adamstefanski44634 on 04-14-2021 09:12 AM
0
5
0
5
We are meeting as a group we encounter issues with video with audio when sharing recorded calls. Only one side of the conversation is played by the webex application the calls can be viewed individually and are fine. the host of the meeting can hear both ... view more
Create ContentLogin to create content
Question or Discussion
Blog
Document
Project Story
Video
Related Content
Discussions
Blogs
Documents
Events
Videos
Project Gallery
Content for Community-Ad