Is video becoming pervasive? What are key business drivers? 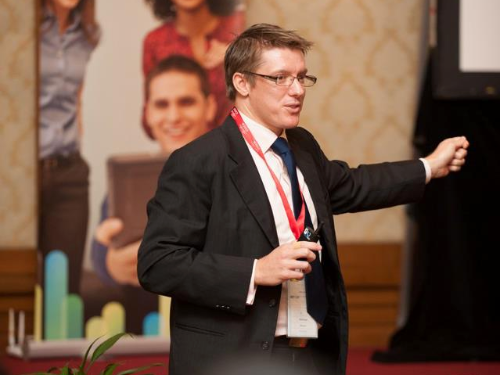 Conrad Hotel, Bangkok played host to the 2012 Asia Pacific IDC CIO summit with over 100 delegates from some of Thailand’s leading institutions, such as CIMB, PTT and The Customs Department.  Cisco’s booth was prominently located at the entry to the main speaker hall and next to the all-important coffee station which helped drive interest to its cutting edge collaboration set up – from high end immersive and desktop video to Jabber video with iPad.

The summit kicked off with a keynote from IDC who spoke of the opportunities and challenges that face emerging economies such as Thailand, headwinds that exist in the global economy and how businesses now need to make a shift from cost only focus to gaining competitive advantage, an area where technology can have an impact.  Challenges traditionally seen as the realm of developed economies are now being faced by developing economies.  For instance, managing employment vacancies and recruitment times.  In Thailand, filling a professional vacancy can take over 6 weeks compared to 2 weeks in Singapore.

Cloud, Mobile, Social and Big Data, were stated as the four ICT pillars that IT managers are investing in. Meanwhile lines of business owners are asking for Collaboration tools and are interested in applications that help them compete.  Now over a third of business leaders surveyed by IDC no longer go to the IT department for these requests but direct to vendors or suppliers, offering SaaS.  Top business priorities are, New Customers, Cost Reduction, Competitive Edge and Customer Loyalty.

Mobility, flexibility of deployment, Citrix outlined IT in an uncertain macro economy.  Will we survive? I am no longer sure.  Palo Alto Networks presented on securing your company in this brave new world and assured us that it would in fact all be alright.

Morning tea saw another flood of delegates to the Cisco booth, both existing and new customers came to understand how video and collaboration can improve their organisation.  In a sign of the changing times, Samsung was there with a stand, not selling a PBX but instead its “productivity enhancing collaboration tools,” the Galaxy III and its latest tablet.

Lunch provided a good opportunity to sit down with various delegates and talk about the morning’s session, understand the challenges and opportunities they see within their organisation.  Almost unanimously the changing face of enterprise IT meant delivering more relevant tools to their business base.  Business increasingly was looking to IT departments as a source of competitive advantage.  Though after lunch with full bellies and a car park stamp the crowd did start to thin. One lesson to take away for presenters -- present before lunch!

In the afternoon, we heard valuable and positive feedback from the Cisco session which focused on pervasive video and a discussion on what makes it transformative. Collaboration was seen by delegates to be one of the most important tools for their companies, but one of the hardest to quantify. A panel discussion followed and after some prompting and questions from the moderator, the crowd began to move and discuss issues such as how to measure the business impact of video. 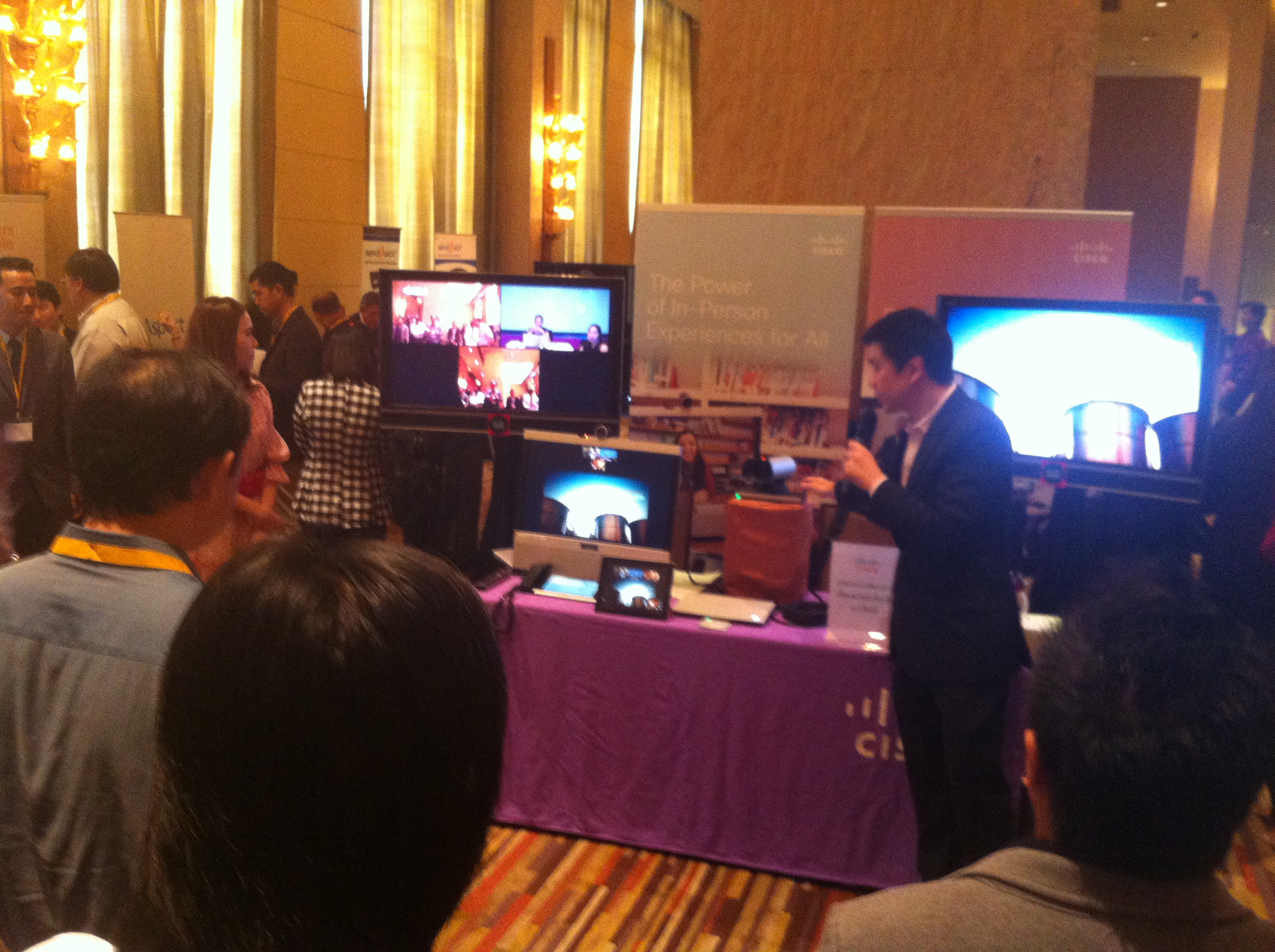 Feedback from attendees was that Video & immersive video such as TelePresence still had limited deployment within Thai companies. Commonly, large room scale TelePresence was deployed for senior executives and board members, who used it for their meetings.

Familiarity with video at this senior level was starting to have a trickle-down effect and influencing other sections of companies over time. Similarly, there were niche (yet growing) deployments of video software solutions.

The audience and speakers concluded that it is this requirement, the need to communicate with customers, that will be the biggest driver in making video pervasive.

Ben Vella is regional sales manager APJC for business video at Cisco.  He attended the IDC CIO Summit in Thailand and despite speaking after lunch, spoke to a full room of CIO level delegates.Viewhis presentation, visit or connect with him on Twitter - https://twitter.com/benvella.

Latest Contents
Call Transfer with Caller Input
Created by Bradley Pelletier on 04-23-2021 09:54 AM
2
0
2
0
I am looking to forward a call with the ability to automatically forward with a caller input. Like 9xxxxxxxxxx,,,,,1 to go into a separate IVR we have for filling prescriptions. Is this something I can do in CCM or in unity?
AXLToolKit - sending failed - permissions?
Created by verastar on 04-23-2021 08:46 AM
3
0
3
0
I have recently found this tool and plan to use it to generate reports on the success of UI Automation.  I am however unable to connect.  There seems to be an issue with my login but I have rights in the front end.  Do I need different perm... view more
Jabber with OAuth authentication without service discovery p...
Created by mcaldogne on 04-23-2021 07:19 AM
0
0
0
0
Hi!I have a problem by a customer and cannot find a solution, so I would like to share the information. Maybe you have ideas of how to solve thi problem.The customer have CUCM, IMP and Expressway with Jabber for CTI, Chat and Presence and OAuth authentica... view more
CUIC - Remove Value from List.
Created by pablo.beraldi on 04-23-2021 06:06 AM
0
0
0
0
Good morning.I am wanting to see the possibility of deleting values that are no longer used for filtering reports.Viewing this is done from Value list - Inside collections.I take an example of the applications created, where I have several that were creat... view more
CUCM CDRonDemand API
Created by nrana19 on 04-23-2021 06:01 AM
1
5
1
5
Hi, I am trying out the CDRonDemand API of the CUCM. But getting an error.Here is the request I am making. and the response I am getting. Some things to specify : 1) the get_file_list request is working fine, so I think the URL is correct.2... view more
Create ContentLogin to create content
Question or Discussion
Blog
Document
Project Story
Video
Related Content
Discussions
Blogs
Documents
Events
Videos
Project Gallery
Content for Community-Ad