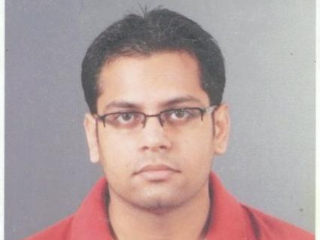 After installing Windows 2000/2003 Server on MCS-7825-H2 (may apply for other MCS as well) when server is restarted, we get Application Popup saying "At Least one service or driver failed during system startup. Use Event Viewer to examine the event log for details". But under System Event Log no warning/error is logged for Event Source: Service Control Manager giving any information regarding any service or driver failures.

The above error comes up if there is any USB Keyboard/Mouse attached to the MCS Server. In order to fix the above popup, please make sure there is no USB input device attached before the server boots up. Once the Windows is loaded i.e., login prompt comes up, you can attach the USB input device.

The above popup doesn't comes up if we are using PS2 mouse/keyboard.

Initially thought we were dealing with bad hardware since but CSCsb85373 did not apply (SATA Raid was enabled and BIOS was above the requirement).

However in the end the problem was that a USB device was plugged into server at time of load(USB devices should not be used, including a USB keyboard and USB mouse, on a server that does have PS2 input ports for Key board and Mouse example, MCS-7825-H2 server) .

Remove USB device from server and reattempt load. Make sure that you are not also running into CSCsb85373.

Important to know that it was not important this was a CER install. Anyone using hardware MCS servers supported in 2000.4.x and 2003.1.x releases and having any type of USB device attached will likely see this issue.

0 Helpful
Share
Latest Contents
Jabber - Outlook integration for messaging - use sAMAccountN...
Created by Rémi on 03-03-2021 05:11 AM
0
0
0
0
Hello all,Do you know a way (maybe in jabber config file) to change the autofill in bellowI would like to put sAMAccountName in place of email account in this field.Rémi
Mapping Number external to text label
Created by patomchaikamon78490 on 03-03-2021 04:43 AM
0
0
0
0
Hi   So we have just learning CUCM 12.5 configuration. but not sure about Can we mapping text label (Name of my staff) into phone 7821 when they call incoming? (I don't sure call manager have global phone book?) Regards, Tom
Jabber hunt group keeps ringing even after call pickup
Created by Jan Slabber on 03-03-2021 03:57 AM
0
5
0
5
Hello All, Please I need help with the following.   If user doesn’t answer the Hunt Group call it still rings on Jabber when someone else picks it up.  I have tried logging users out of hunt group but issue remains.  I h... view more
Interruption from Jabber inbound call when on a MS Teams cal...
Created by Jan Slabber on 03-03-2021 03:55 AM
0
0
0
0
Hello All, I need advise please with the following problem.  End user is currently on a MS Teams call and then Jabber rings, which then disrupts the current audio in the MS Teams meeting. There are no settings to silence the incoming Jabber call... view more
[Issue] IP-Phone CSR generation on freshly installed CUCM
Created by Arvyr on 03-03-2021 02:58 AM
0
0
0
0
Hello, I got a CUCM cluster version 11.5 and a test installation of a CUCM version 12.5 where none of the connected phones would generate a certificate signing request. Since I couldn't find any guide on the internet I wanna ask here, if there's... view more
CreatePlease login to create content
Discussion
Blog
Document
Project Story
Video
Related Content
Discussions
Blogs
Events
Videos
Project Gallery
Content for Community-Ad