Migrating IP Phones Between Clusters with CUCM 8 and ITL Files 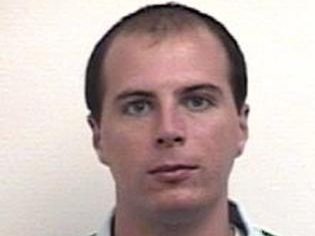 CUCM 8 introduced the new Security By Default feature and the use of ITL (Initial Trust List) files. (More documentation here). With this new feature, care must be taken when moving phones between different CUCM clusters. Without following the proper steps it is possible to encounter a situation where thousands of phones must manually have their ITL files deleted.

Phones supporting the new ITL file download this special file from their CUCM TFTP server. Once an ITL file is installed on a phone, all future configuration files and ITL file updates must be either:

With this new security functionality in mind here are the three problems that we can encounter when moving a phone from one cluster to another cluster.

If these three problems are encountered one possible option is to delete the ITL file manually from all phones being moved between clusters. This is not a desirable solution sine it requires massive effort as the number of phones increases.

When a phone has an incorrect ITL file for the current TFTP server the phone console logs show a message similar to:

With the three previous problems taken into account we can come up with a plan that allows the migration of phones seamlessly from one cluster to the next without requiring manual phone intervention.

Another possible option if both the old and new clusters will be online at the same time is to use the Bulk Certificate migration method.

Remember that the IP Phones verify every downloaded file against either the ITL file, or against a TVS server that exists in the ITL file. If the phone needs to move to a new cluster, the ITL file the new cluster presents must be trusted by the old cluster's TVS certificate store.

Another option is to make use of the CUCM Enterprise Parameter "Prepare Cluster for Rollback to pre-8.0." Full documentation of the Rollback parameter can be found here. Once this parameter is set to True, the phones will download a special ITL file that contains empty TVS and TFTP certificate sections.

The empty ITL file can be verified by checking "Settings > Security > Trust List > ITL". Empty entries will appear where the old TVS and TFTP servers used to be.

The phones must have access to the old CUCM servers only as long as it takes them to download the new empty ITL files. Once the phone has an empty ITL file, the old servers can be decommissioned, powered down, thrown into a river, or rebuilt (depending on business requirements).

For phones that don't utilize security by default (ITLs) such as the 7960s and 7940s, you will need to re-run the CTL client on the original cluster first to add new TFTP entries for the TFTP servers of the new cluster prior to moving the phones to the new cluster.  This is due to those phone models not even reaching out for TFTP files for a server not in the CTL.

If some catastrophic failure happens and the TFTP key/certificate is no longer available from the old cluster (this is maintained in a DRF backup... TAKE A BACKUP), then the only available option to migrate a phone to a new cluster is to manually delete the ITL file from the phones.

This differs for each phone model.  The steps needed for the most common phone models are listed here, but the steps for other models can be found in the Phone Administration Guides.

I will migrate my CUCM from MCS to UCS, i have version 8.6 i will instal the 8.6 at Vmware and after that i will upgrade to 10.X

My question is i will use the same IP address of my old cluster, i have issues with the ITL Files?

Did you ever figure this out? I have the same null message

I filed this defect: 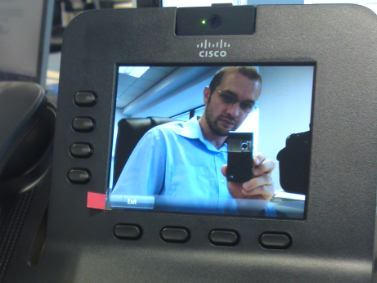 We ended up using the Rollback Enterprise Parameter method for our migration which worked fine.

For individual phones that were used for testing we just manually deleted the ITL files.

We ran out of time to troubleshoot the certificate error further. @pkinane I would have been interested to try option 2 from your defect workaround!

Why dont you use Cisco Prime Collaboration , this will migrate your hardware to UCS and upgrade the software automatically.

In my case, I have Pub, 2 Subs and 2 TFTP all servers have TVS started. I need restart TVS in all nodes or only TFTP ?

I recommend, as a minimum, restarting the TVS service on any server that is running the CCM service. Personally, I would restart on all nodes. 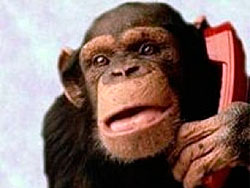 How did you manage the migration in the end?

I am looking at updating a customers domain name and wanted to use the roll back option but am unsure if this will work for the VPN phones.

If any body can guide some advice and guidance that would be very appreciated.

If you have more than one server in your CUCM cluster, when done correctly you don't need the roll back parameter.

The first step is to determine how the VPN connection is established. Is it username and password or certificate based? Is it using MIC or LSC?

My situation is slightly different, the need to change the CUCM platforms domain which will regenerate the ITL and CTL.

As you are using credentials based VPN you don't have to worry about updating the LSC on the phones and uploading the new CAPF to the ASA.

For the ITL and CTL update you first need to mention how many servers you have in the cluster, and how many are running CCM service.

We have a pair of servers running CuCM.

This is good. First things first, check your cluster for database replication and other health issues (be sure to document and save all of this data you will get). I'll list a few things to check below. Second scan your cluster for phones with ITL issues before you make the domain name change (use the ITL Scanner tool below). Spot check some of the phones for your users by checking the status messages, and debug display (make sure there are not DNS failures, TCP timeouts, ITL Update Failed, etc...).

This is important because you will know if the cluster was healthy, or if their were ITL issues, before you made the change. Without this information you will find the issues after the change and think it was the change that caused the issue when in actuality it might not be the case.

Check these reports in the Cisco Unified Reporting page:

Run these commands in the CLI

show status (make sure the CPU, I/O Wait, and memory is good. It is normal to see I/O Wait in single digits)

show itl (check the date last modified, look at the certicates in the file and make sure nothing seems strange, make sure the file is parsed successfully. NOTE: The ITL will only be on servers running the TFTP service.)

Be sure to analyze all output closely for any errors, discrepancies, or things that seem different between the nodes.

When performing the change be sure to only make the domain name change on one server at a time. By this, I mean enter the set network domain command, let the node do its automated reboot, check to see if the ITL was updated, reboot your phones, then check for ITL issues with the phones. If everything looks fine, move on to the next server, follow the same steps, then move on to the next server in the cluster and so on. It seems like a pain, but ITL issues are more of a pain.

Once you've changed the domain on all servers in the cluster, reboot the whole cluster and check all the same show commands and  reports which were listed earlier.

Please let me know the full version of CUCM you are using.

Thanks for you comments but they regard normal migration processes, my question was purely regarding VPN phones and the use of blank ITL/CTL. From memory updating ITL/CTL for VPN phones is blocked to mitigate man in the middle attacks but can't find that documented any more.

I have resolved my customers requirement in another manner so the question regarding rollback and VPN phones is now only out of interest.

Latest Contents
Blast Dial on roadmap for cloud Webex?
Created by Lee Pipkin on 03-05-2021 11:46 AM
0
0
0
0
Our customers really like the CWMS Blast Dial feature and I was wondering if Blast Dial is on the roadmap for cloud Webex?  If not, any suggestions for alternatives that mimic Blast Dial?
How to change camera resolution/zoom in Cisco Webex Meetings...
Created by LeonidGe on 03-05-2021 10:52 AM
0
5
0
5
Hello!In Cisco Webex Meetings the camera shows all my room which is not a good thing, as I share it with my roommates who don't want to be seen. How can I make my video field narrower, so it will show just me? I sit 50 cm from the webcam, which is no... view more
Overhead paging with VG310
Created by Cameron Whitehead on 03-05-2021 09:50 AM
0
0
0
0
I have an overhead paging system connected to a VG310 using SCCP.  For the most part it works fine however there is one issue we have found.  If I call the paging number and hang up the phone while it is still ringing (before the paging system p... view more
Can Intercom on CUCM be configured as two-way call.
Created by vecarpen on 03-05-2021 09:41 AM
1
0
1
0
I am looking to see if CUCM Intercom function can be configured as a two way call, in other words, with the called end not muted and also to see if the Intercom answer tone can be disabled. This question was asked in conjunction with a security group that... view more
how disable TelePresence Room feature in Expressway
Created by @mHadi on 03-05-2021 09:36 AM
0
0
0
0
hi freinds, how can i disable TelePresence Room feature in Expressway E and C ?? because from wan, i always see attack and try on these feature and i dont use it on my scenario,
CreatePlease login to create content
Discussion
Blog
Document
Project Story
Video
Related Content
Discussions
Blogs
Events
Videos
Project Gallery
Content for Community-Ad