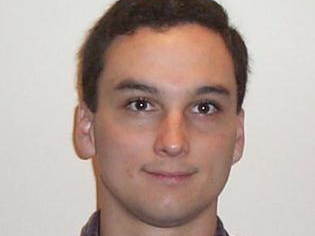 Symptoms are more likely to be observed with: 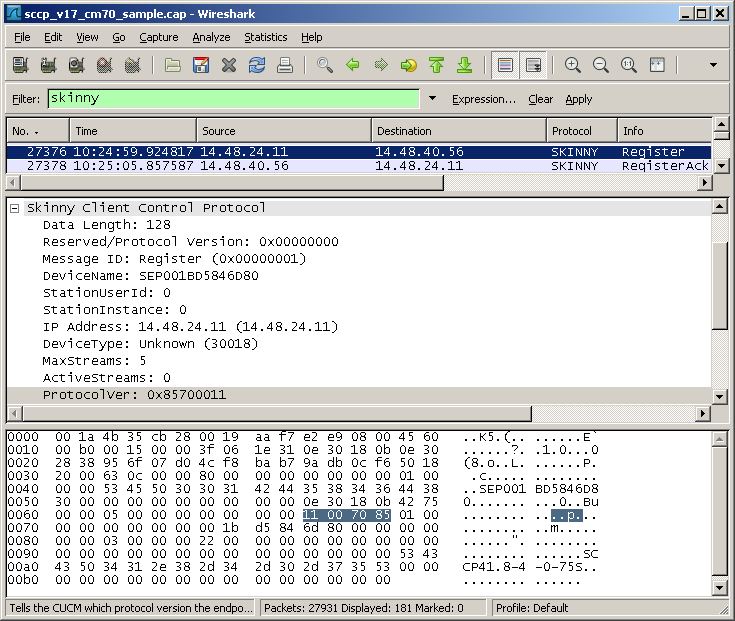 SCCPv17 support in the Cisco portfolio

Additionally, please be aware of the following defect which may trigger a crash when SCCPv17 messages are processed by the security appliance: CSCsz06748 This bug is resolved in the following versions: 8.0.4.33, 8.1.2.24, and 8.2.1.2

Support for SCCPv17 was added to IOS Zone-Based Firewall via

Support for SCCPv17 in IOS NAT is not currently available, but is being considered with:

SCCP phones initiate version negotiation. It is possible to downgrade phones to use and older version of SCCP.  Downgrading phones will cause some loss of functionality.  Older phone loads are not extensively tested with newer CM versions so long term production deployment is not recommended.  See the Cisco Unified Communications Compatibility Tool for recommended versions.

Phones using older SCCP versions may be peripherally affected when:

Is there any workaround for CIPC?

Recent versions of CIPC can use SIP.  Switching to SIP is a viable workaround.  SIP has near feature parity with SCCP now:

CIPC contacts tell me the current version of CIPC is based on the 8.3(5) phone load.  That phone load does uses an earlier version of SCCP so it should not be subject to this problem.

Latest Contents
Change the displayed name for the host of a scheduled event
Created by joey_streng on 06-03-2020 01:05 PM
0
0
0
0
Hello Community!I have a question about Webex Events. If i schedule a event for my organisation, my name is shown for the scheduled event as the host. I would prefer the possibility that the name of my organisation is shown. :-) I know that ther... view more
Forward calls to cell phone CUCM
Created by CRUZPEREZ518 on 06-03-2020 11:48 AM
1
0
1
0
Hello, I am trying to configure the forwarding of calls to my cell phone from CUCEM, I have several forwardings configured and they work perfectly, but they are permanently configured and what I want to do is that each user can activate and deactivat... view more
Cisco UCS C220 Power Failure
Created by JamellTyson19932 on 06-03-2020 11:34 AM
0
0
0
0
I have one Cisco UCS C220 server on our network running Windows Server 2019. Every 6-8 days the server goes into standby mode. I can not figure out what is causing this when examined the main power button is amber colored indicating it's in standby mode. ... view more
Is Cloud Device Registration Mandatory?
Created by WeiKwongOng5555 on 06-03-2020 11:05 AM
0
0
0
0
Hi, my customer requires a Room Kit for the meeting room. Can I propose the Room Kit with 1 x A-Flex Named User meeting license, without Cloud Device Registration?To rephrase, can the customer adds Room Kit to a user in the control hub without Cloud Devic... view more
FXS ports connected to Fax still get ringback when fax is in...
Created by Jerrytech1 on 06-03-2020 10:54 AM
0
0
0
0
FXS ports connected to Fax still get ringback when fax is in use when called from Cisco extension. When called from Outside PSTN you will get a busy signal. Some of the other fax machines in the organization are on Cisco analog devices. When they try to f... view more
CreatePlease login to create content
Discussion
Blog
Document
Video
Related Content
Discussions
Blogs
Events
Videos
Content for Community-Ad