Cisco Community
English
Register
Login
Get your Webex swag today! - LIMITED TIME ONLY
RegisterLogin
Turn on suggestions
Auto-suggest helps you quickly narrow down your search results by suggesting possible matches as you type.
Showing results for
Search instead for
Did you mean:
Announcements 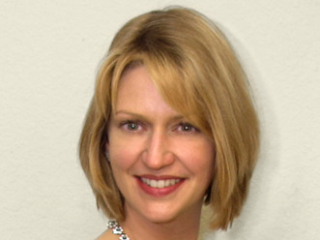 There have been several articles recently listing the many failures of voicemail. Is Voicemail Dead? and You’ve got Voicemail - But do you Care?
And really, yeah – traditional voicemail isn’t really a 21st century technology. Voicemail evolved about as quickly as PBXs did – which isn’t really a whole lot.

When IP Telephony entered the market, things changed. I mean, they REALLY changed! Suddenly it wasn’t just voicemail, it was “messaging”. You could get your voicemail in your inbox, use speech-enabled dialing and do all sorts of things that plain old voicemail just couldn’t do.  But there were two problems in this nirvana of new and improved messaging: integrating those old voicemail systems with newer systems and re-training your users.

The end-users: anyone who has changed a voicemail system in the past 10 years knows that certain sets of end-users are just about married to their voicemail system: “No, I have to be able to press 3, 3, 9 to skip to the end of the message and save it”. Woe to the person who changes their TUI inputs. Sounds trivial? It’s not – the people who depend on knowing the patterns in their voicemail system are usually the people who make the big decisions in your company. I had one customer, a law firm, where this nearly killed us. Cisco Unity maps to the old Octel TUI interface but there was one partner in the firm who used a series of inputs that just was not mapped in Unity at the time. It took a lot of time, training and effort to win him over. If you are trying to get out of a dinosaur system and into the new world, I suggest you really spend some time making sure you can map the TUI the way some of your users may need it to be mapped.

Of course, the end-user training and buy-in isn’t really a problem if you can’t get the two systems talking. And while this isn’t always easy, it can be done. As luck would have it, Cisco just had a webcast on “How to Migrate Legacy Voicemail Systems” and the Q&A is posted here! Better yet, you can find the presentation from the webcast at the bottom of this page on the Collaboration Community.

Finally, detailed integration guides can be found on the Interoperability Portal. 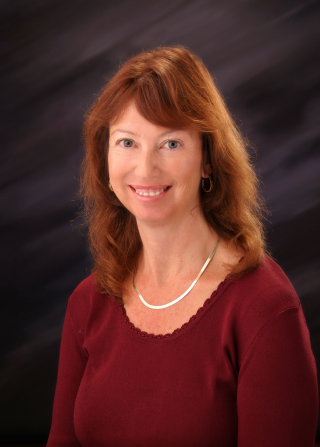 Tina: While I agree that messaging) is not dead, the need for voicemail and voicemail messaging are on the decline as people rely more and more on presence and instant messaging to communicate. If you know that someone isn't available based on their presence status, you may not try to call them and you might IM them instead. Internal voicemail is becoming a thing of the past. Long live messaging will become long live Instant Messaging soon. 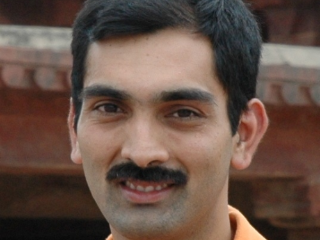 Both async and sync are required. While we are moving to an instant-on culture in many ways, a globalized world also means more timezones, and so it is impossible to have realtime conversations with everyone.

Blair: I think we are agreeing messaging is evolving. What some people forget is that voicemail is still a "new" technology in some areas (my grandmother still has an answering machine!) and not everyone is enabled with smartphones and computers. It is interesting to dig into the discrepancy globaly of the wired and non-wired communities and cultural differences in what kind of messaging really works for the business and the consumers they are reaching. In a recent training class I attended, I was surprised how many people said they ignore their desk phone and voicemail is the LAST thing they check. But we live in Silicon Valley -  so I wonder how much that holds true in other areas of even our own country, let alone globablly. Thoughts?

Shantanu: I love the concept of async and sync messaging. You don't want to text someone who will get the message at 4am their time, but maybe leaving another type of message will work. I don't know how many times I've logged into IM to find messages waiting for me - family in other timezones know I'm not online, but they aren't going to call me and they know email is the last thing (next to voicemail) that I check, so they leave an offline message for me on IM.

I'm still thinking about that sync and async classification and what could be done with it. . . .

That is where I think the real challenge is - we have much more "information-per-second" with voice and video as compared to text-based messaging, but text-based messaging has evolved to be a much more sophisticated means of communication than voice/video. Compare cc-ing email with sending voicemail to 5 people, for example. I don't mean we should have voice-driven analogues for everything I can do in email/IM, but there needs to be a way to embed rich content in communications, with a simple UI.

Maybe we should post this as a question in the next round of the VTG innovation initiative.

Latest Contents
CUCM/IM&P/Unity Connection 12.5 guest operating system
Created by James Hawkins on 02-27-2021 12:59 PM
1
5
1
5
Hi,I have just upgraded an 11.5 deployment of CUCM, IM & P and Unity Connection servers from 11.5 to 12.5.The operating system used by the virtual machines changes from Red Hat Linux to CentOS 7.I have tried to change the guest operating system on the... view more
Remote Destination showing on Cisco Phone Caller ID Across M...
Created by Pengu on 02-27-2021 04:55 AM
0
0
0
0
If a remote destination is calling in to another desk phone on the same cluster (PBX) the caller ID from the attached directory number. If you call to another cluster it will just show "WIRELESS CALLER". I am wondering if there is any solution so all clus... view more
No sound or voice in the middle of a connected call
Created by Sgj on 02-27-2021 01:33 AM
1
5
1
5
Hello...I have an issue with sound/voice outgoing and incoming call.Use 2 ISPs, the first ISP uses E1, and the other uses SIP. When trying to make an outgoing call, at first there's no problem with sound and hear what they said.But, in the middle of ... view more
Forward existing number to call handler
Created by KP-Lewis on 02-26-2021 12:48 PM
2
0
2
0
I have an existing number of 3200 that I want to forward to a System Call Handler number of 5847. I can dial 5847 and all the prompts work with no issues. But when I add the 5847 number to the call forward of 3200, all I get the voicemail message. &n... view more
CCX Select Resource - Queue Time - Ring Time
Created by Shalid Kurunnan Chalil on 02-26-2021 12:43 PM
0
0
0
0
Hi Experts, I am a bit confused to understand the queue time and the ring time in the CCX. I have configured the queue overflow as shown below.  Please correct me if I am wrong here; Every select resource step has the same timeout... view more
CreatePlease login to create content
Discussion
Blog
Document
Project Story
Video
Related Content
Discussions
Blogs
Documents
Events
Videos
Project Gallery
Content for Community-Ad