The Consumerization of Popcorn… and IT 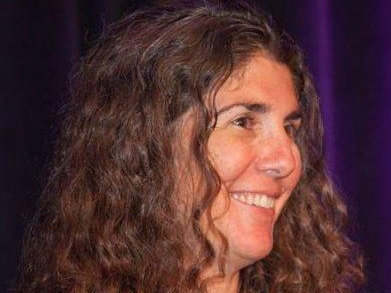 Technology continues to change not only the tools we use, but the language we use to describe it. Wikipedia describes consumerization as:

…an increasingly accepted term used to describe the growing tendency for new information technology to emerge first in the consumer market and then spread into business and government organizations.

Consumerization absolutely affects technology, but confining the definition to information technology too narrowly defines it. The etymology pins the emergence of the term itself as early as 2001, which is a long time in dog years and at least a half century in technology. But the concept goes back far before Y2K. I could delve into Eli Whitney’s cotton gin, but I’ll stick to less distant history. 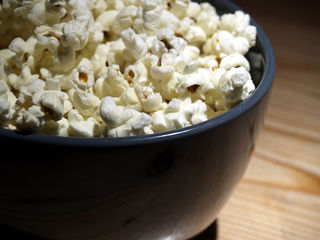 Before we get to IT, consider the impact of consumerization on time and choice.

Consumerization & Time
In some ways, our experiences with consumer technology have changed the very speed at which we live our lives. We don’t make time for things the way we used to. We want them now.

It’s the popcorn. OK, it’s the microwave oven. Food is both a human necessity and great motivator. The microwave changed our concept of time and convenience. We haven’t abandoned traditional cooking, but how often do you compare the conventional-oven directions to those for the microwave and think, “I want this to take 45 minutes, 3 minutes just isn’t long enough to wait”?

Popcorn showcases the evolution of our concept of time. Once upon a time, popcorn preparation was at least a 12.4-minute process, start to finish, including the ceremonial melting of butter and cleanup. Plus it required mastering the technique of keeping the pan in constant movement, carefully timing removal to optimize the number of kernels popped.

And then came the microwave oven and magical little flat packages that fluffed up with aromatic salty goodness in three minutes. Clean up consisted of wiping the buttery stuff off your hands and tossing the bag in the trash. Instant gratification. Near zero effort. Our concept of time? Changed forever.

Consumerization & Choice
Consumerization has broadened our choices, allowing us more individualization. Needless to say, the concept was not yet pervasive in 1909 when Henry Ford famously said “Any customer can have a car painted any colour that he wants so long as it is black.”

Henry would spit rivets knowing a customer was in a deep dilemma between Deep Impact Blue, Gotta Have It Green, and Grabber Blue for the 11 models of the 2013 Ford Mustang.

In order for companies to meet the wallets of consumers before competitors do, they create products that meet consumer wants and needs. The myriad coffee choices once included: black, with cream, with sugar, or a radical blend of cream and sugar. Now it’s Peet’s or Starbucks, vente or large, drip or triple-shot sugar-free hazelnut soy something-or-other -- multiplied by 712 variations and options.

The fast food dilemma of “hamburger or cheeseburger” has evolved to new complexities of burger variation. And chicken – broiled, fried, buffaloed. Sometimes even fish! The mind reels, the stomach roils.

Consumerization & IT
Time and choice collide when we circle back to the consumerization of IT. Time has evaporated. The days of IT-provisioned and imaged PCs are waning. Even with laptops, the “this one or that one” range of options has blossomed to include PC or Mac, then several models of each according to your job tasks.

Consider messaging. Not so long ago, we actually used paper to send messages in envelopes. A reply might take a couple of days from someone in the office; a week, maybe more, from someone in another location. Today that seems like geologic time.

E-mail was a revolution much like specialized popcorn devices. Then, this little toy we used to send smiley faces to our friends crept into the office. Not only did we co-opt instant messaging for intracompany communications, but we insisted that the vendors that created enterprise versions include emoticons. Consumerization indeed.

But that’s old stuff. Now we have web conferencing, desktop sharing, video calling. And if I call you, I expect an instant response. Jabber shows you’re online, I know you’re there. Thank the microwave, time is now.

Today’s focus is on BYOD, the wonderful world of bring your own device. IT departments now deal with a seemingly logarithmically increasing number of devices, some corporate-provisioned, others employee-provided, but all with the same expectation of having the tools they need to do their jobs wherever, whenever, on whatever – that means applications, web conferencing, messaging, presence, e-mail, video. All of it.

I don’t want to carry a personal phone and a work phone, I want everything on one and I want to pick the phone I like best and have all the work apps and personal apps I need to be most productive – and amused.

And it’s not just one device. I want to use my laptop in the office, but access my secure e-mail and calendar from the third-base line at a San Francisco Giants game.

Latest Contents
CUCM 11.5 Callmanager-Trust
Created by Zachary Ballard on 02-22-2020 05:08 AM
0
0
0
0
Hello everyone. I had some Callmanager,TVS ,CAPF & IPSec certificates(self signed) expiring next month so I went ahead and regenerated everything last night.I followed this document: https://community.cisco.com/t5/ip-telephony-and-phones/reg... view more
error when uploading new firmware to Call Manager from DVD
Created by alexmolina2005 on 02-21-2020 02:59 PM
1
0
1
0
Hi, I'm trying to upgrade firmware for an 8865 to fix a known bug. in Cisco Unified Operating System Administration, then going to Software upgrade/install upgrade, I chooseSource: DVDSMTP server: blankemail destination: blankLoading: plea... view more
TMS 15.9 Externally Hosted Call with a PIN
Created by videoislife on 02-21-2020 12:30 PM
0
0
0
0
Is there a way to schedule a TMS externally hosted call to connect to a VMR with a PIN code?  I've tried putting the PIN the in the extension field in Connection Settings tab for the participant with no luck.
Is there a better 8800 wall mount?
Created by davisjaron on 02-21-2020 11:37 AM
0
0
0
0
The older 796X series phones had a really nice locking wall mount that sat the phone at an angle so if you're standing, you can still see the screen, but for some reason the newer 88XX series phones only have the one flat wall mount available that uses th... view more
Cisco 8845 Recent calls with SIP firmware
Created by cainram on 02-21-2020 11:18 AM
0
0
0
0
I've used SIPmac.cnf.xml files to configure my 8845s. I have a lot of the features I need working but cannot crack this one. I've tried several settings that appear to deal with this but nothing is working. When I press UP on the navigation cluster I get ... view more
CreatePlease login to create content
Discussion
Blog
Document
Video
Related Content
Discussions
Blogs
Documents
Events
Videos
This widget could not be displayed.