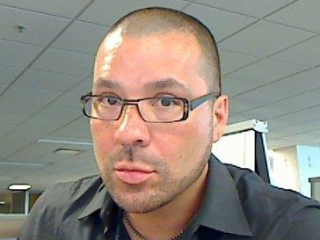 Quick-witted Oscar Wilde coined the famous phrase "As soon as a truth becomes a fact, it loses all intellectual value". Philosophers have been discussing the principle of "intuitive certainty" over the ages, and interestingly many of the things at the very core of our knowledge rely on belief and intuition rather than ultimate fact. Collaboration in the enterprise, in my opinion, to this day mostly falls into the realm of things we intuitively feel are beneficial: employees and partners and customers communicating in more effective ways must ultimately be of significant benefit given the changing nature of business, right? But often it is hard to prove the point with strict metrics.

But we also need be aware of the fact that there are risks in charging ahead and hastily implementing new collaboration technologies in the enterprise. The main risk is that enterprises may regard collaboration as a simple continuation of their voice communication strategy. Voice, while always a strategic business tool, in most cases (call center applications aside) has been implemented as a parallel silo: in essence, enterprise users rely on their computers to interface (and log compliance) with enterprise workflows, and on their phones when it comes to quickly reaching out to and involving other participants. And the latter very seldom is captured by the formal workflow. But as we talk about a far richer set of collaboration tools in the future, there will be 2 critical factors for success: first of all, we can not implement every new collaboration technology as a new communication silo, meaning that we can not leave it to users to reconcile all these new tools, we can not expect users to learn how to put them to the best possible business use. Which leads to the second point: a cohesive collaboration architecture is required, an architecture with the ability to smoothly integrate a wide array of collaboration technologies, to deliver on user and device friendly interfaces, and to also offer key capabilities as reusable services that can be integrated (i.e. "mashed") into other enterprise applications.

It is going to be a fascinating journey indeed as we transform key business processes with emerging collaboration capabilities. What are you seeing in your enterprise?  Do you suffer from collaboration silos? Have you successfully begun to craft a more comprehensive collaboration strategy?  Does the the architectural model that Forrester suggests work for you, or would you suggest changes?

** Background on the Collaboration Architecture Blog series.  And link to RSS feed **

The above blog post is the first in this Collaboration Architecture Blog series.  View the brief video below to find out what this blog series is, and why you should read, subscribe, and post your feedback.

Posts to the Collaboration Architecture Blog are made a least once a month.  Subscribe via RSS feed so you don't miss the next one:

It is interesting to see how many collaborative technologies have suffered from two issues:

1) Lack of integration into existing information stores/repositories.  Result, they are a "blank page" and a duplicate source of information (think wiki adoption in many organizations).  Hence you end up with yet-another-silo

2) World Domination Approach, where the new tool is perceived to be the solution to all (often business process/cultural) problems of the past. Result, they do not allow people the time to migrate from old habits and old patterns of work.  Hence the tool gets discarded after a 3 month period of hype.  This means not only do you have a silo, but it is now an orphan silo.

I have seen many failed "wiki" adoptions due to these issues.... it is not necessarily the technology, but the way it was implemented/used.

An example would be Telepresence.  It demonstrates reuses the existing calandaring scheme (reuse) and integrates into an increasing number of existing video endpoints (desktop, HD, WebEx).  The user experience is often the most difficult thing to change.

There are many more.

Thanks for the comments - I agree with everything you mention, passionately and thoroughly! Silos will fail every time these days in the enterprise unless the linkage to the business workflow utterly and totally forces them onto users. Knowledge workers are becoming more workflow savvy than business process architects give them credit for!

I for one will never forget how *I* started to use a third party IM client (ok, I will admit it, Yahoo Messenger) to break the silo that our enterprise IM system imposed on me at the time: customers and partners were not reachable through our internal IM offering, which given the workflows I was involved in imposed an unacceptable limitation on me.  that is just one example for the fact that we as users are becoming more empowered to enrich the workflow with tools we explore. But it would be more effective if such tools are introduced by enterprise architecture visionaries based on the requirements of workflows that are critical to a particular enterprise's success.

I entirely agree that without open interfaces for integration, and without commitment to separate service core functions  from presentation (so that they can be integrated into any client or mashup irrespectictive of client hardware or operating system) to reusable security or identity or presence functions, we are simply ignoring both sound enterprise architecture methodology as well as simple common sense. 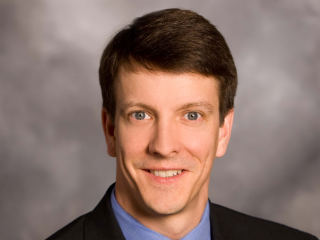 Which brings to mind for me... what *are* those reusable "headless" services layered on top of an IP infrastructure that we feel are key to enabling collaboration? Paul touches on some above such as:

And I can think of a number of others as well:

What else belongs on this list?  In some ways, easier to talk about the tools than to identify the underlying services that are critical to today's collaboration technologies...

I read this first Collaboration Architecture Blog post with great interest, having presented several years ago how enterprise architecture building blocks, i.e., capabilities and reusable services, increase our agility and enable business process transformation.  As my focus has turned to collaboration and enterprise Web 2.0, I’ve most recently presented the business value these building blocks can enable as enterprise mashups.  The Forrester study echoes similar findings by McKinsey:  businesses are beginning to see measurable business value, beyond travel savings, in their use of collaborative technology, both internally, and with their customers and partners.

One key aspect of the Forrester architecture I particularly like is the inclusion of mobile collaboration and the recognition of the importance mobility plays in attracting the next generation workforce and enabling new work models.  My guest blog on Network World identified several ways Cisco has already begun realizing the advantages of mobility across its sales organization. Yet, we still have many miles to go to realize its full potential.

To build an effective collaboration architecture, I believe we have to truly collaborate. If we approach the task in a siloed and somewhat competitive fashion, we’ll exhaust our energies reinventing the wheel, resulting in redundancies and gaps.  Instead, I’d advocate we establish a “services marketplace,” identifying a set of core capabilities and reusable services and building them via a “divide and conquer” approach. Together we’ll uncover and share best practices and “rinse and repeat patterns” to accelerate the process along the way. As Paul says, “it is going to be a fascinating journey indeed.”

Susan - please blog for us (I am a fan of your book). :-) I entirely agree that mobility and enterprise mashups are huge emerging trends in our space, and we shall certainly have a few dedicated discussions around them. And like you say, silos are ultimately the architectural enemy this fight is about, as I also once said in an earlier blog. Mashups are those silver bullets, the agile constructs we shall increasingly use to combat such silos. Given mashups' device agnostic nature, they naturally support better mobility capabilities, too - allowing us to participate in business processes wherever we happen to be (I type this from a wine bar after work, in fact, while attending a Barolo tasting :-)!). 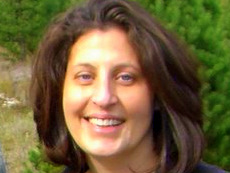 I second your request to Susan to blog :-)

Would love to have you blog regularly on this community!

Latest Contents
Unity Express go directly to front desk
Created by Chris Campbell on 05-09-2021 08:01 PM
1
0
1
0
Is it possible for unity express to forward calls directly to the front desk during the day instead of answering with the auto attendant and then using the auto attendant after hours?
Troubleshooting Services Not Starting on Cisco IM & Presence...
Created by Miguel Castillo (miguecas) on 05-09-2021 04:06 PM
0
5
0
5
Introduction   The purpose of this document is to present the different troubleshooting steps to take when some service from the Cisco IM & Presence Service Server have not started gracefully.   The States of a service   The IM&P ... view more
Web app Problem
Created by elmenyo on 05-09-2021 03:44 PM
0
0
0
0
I have installed CMS Cluster version 3.1.2 I have a problem with the web app, is when any participant join meeting, the web app drop the participant after couples of seconds from the meetingwith error"unable to reconnect media" > "Rejoin media"&nb... view more
CUCM Vulnerability
Created by J_Fub on 05-09-2021 03:07 PM
0
0
0
0
Good Day,Can anyone help with the solution to Threat of Anti DNS Pinning in CUCM?Thanks.
some of csq and skill are missing on CUIC report
Created by Md.soriful on 05-09-2021 05:10 AM
4
0
4
0
Some of CSQ and skill are missing on CUIC report. I have modified script and created four new CSQ and getting CSQ on CUIC filtering page but i am getting only one CSQ on report but rest of the CSQ are missing. Can any one help about it?
Create ContentLogin to create content
Question or Discussion
Blog
Document
Project Story
Video
Related Content
Discussions
Blogs
Documents
Events
Videos
Project Gallery
Content for Community-Ad