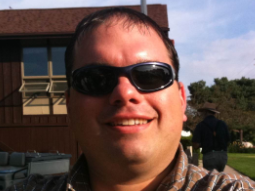 I want to show how to utilize an XML Document stored on UCCX to make changes to an ACD call flow dynamically.  My example is that the Help Desk wanted an easy way to forward incoming ACD calls over to their WIFI Phone during slow times when staffing and call volumes were lower.  They also wanted the ability to insert a prompt at the beginning of their ACD when they had known issues, so that end-users could be notified without having to wait on hold for an available agent.

The solution was originally built and deployed on IPCCX 4.x utilizing a Standard license. We have since upgraded to Enhanced licensing on a UCCX 7.x environment, and still utilize these scripts. If you have Premium licenses then you may find it easier just to write these values to a Database Table.

I have included my scripts, as well as my XML files for reference... Let me know if you have any questions...

Hello,  can you let me know if you have figured out what path  you can use to upload XML files for UCCX 8 ? (Instead of "C:\Program Files\wfavvid\"

nkobayashi123  did you ever figure this out?

Latest Contents
Cisco Navigator Parts
Created by peyton.gwinn on 07-23-2021 01:27 PM
0
0
0
0
We don't use the CS-Touch or Navigator for controlling the codec in the room. Instead we use I third party integrator to control the codec through serial.SO my question is, Can the CS-T10-WM-BR= be used to convert the CS-T10-TS+ to a CS-T10-WM-K9= ?We cou... view more
CUBE 12.8 Dial Peer Group huntstop
Created by s-baldwin on 07-23-2021 10:50 AM
1
0
1
0
I have a dial peer group (DPG) that consists of 4 dial peers. The first three dial peers point to UCM server groups. The fourth dial peer is used for fax detection and sends fax calls to our E Fax server. I need to be able to stop the inbound calls from h... view more
Call Forwarding in line Group CUCM 12.5
Created by CRUZPEREZ518 on 07-23-2021 09:50 AM
5
0
5
0
Hello, I have an established line group "" TI ", a hunt pilot" TI "and a hunt list" TI ", and the extensions, 125,126, 155,156 as members, I use the circular distribution algorithm to pass unanswered calls between the members available but forwarding betw... view more
Translation Pattern vs Transformation Pattern vs Route Patte...
Created by meddane on 07-23-2021 09:50 AM
0
0
0
0
When talking about Dial Plan and Digit Manipulation Cisco Unified Communication Manager, three components play an important roles to perform the transformation of the calling and called parties.The Translation Pattern, Transformation Pattern and Rou... view more
Cisco Unified Contact Center Enterprise
Created by sbatsya12 on 07-23-2021 09:26 AM
2
0
2
0
How to get the Cisco Unified Contact Center Enterprise Software
Create ContentLogin to create content
Question or Discussion
Blog
Document
Project Story
Video
Related Content
Discussions
Blogs
Events
Videos
Project Gallery
Content for Community-Ad
Webex User Discussion Webex Beta Program How to Use the Community
NEW Webex Learning Catalog Help Center Share a Product Idea