One of the most challenging aspects of troubleshooting a Unified Contact Center Enterprise / Intelligent Contact Management system is the sheer size of most deployments. It can be difficult to obtain reliable information about the exact issue from callers or agents. And even when that information is available, the call could involve any number of CVP Call Servers, IPIVRs, CUCM nodes,  Peripheral Gateways, Agents, etc..

A first step in analyzing such issue should always be to look into the call details that are available in the Administration and Data Server (previously Historical Data Server). To get the most out of this document you should be familiar with the SQL language, Microsoft SQL Server and the configuration of a UCCE system. Having a copy of the Database Schema Guide for your UCCE release will be invaluable as well, so pick that up from:

Two tables are of particular interest to us.

Let’s put that into practice with an example. We have a customer who said he called in today from 027045000 and he received an error message while he was interacting with our self-service IVR.  The query we want to run could look like this.

Some notes about this query:

This gives us the basic information that we’ve been looking for, but there’s a lot more to dig out. Let’s get the TCD records for that same call.

Some notes about the query :

The above query returns two results.

One of these will be the CVP switch leg, the other is the CVP VRU leg. Of particular importance to us is the Call Disposition. This is an indication of how the call ended. All Call Dispositions are explained in the Database Schema Guide. From this we also learn that this call was handled by BRUCVP5.

It would be really nice if we could now figure out exactly at which point in the callflow the caller got in trouble, and we can. The RCD record can tell us in which script the call ended and in which node of that script.

Some notes about the query:

And finally, the output.

Armed with this information, it will be a lot easier to figure out what could have gone wrong for this particular caller. You know know which CVP server handled the call, the time, calling number and which part of the ICM Script had an issue. You could now check the CVP.Error logs, monitor the script in question, try to reproduce the issue, ...

A second example is one where we’re getting a report from a caller saying that one of our agents hung up on him, but he does not remember the agent’s name. As a starting point we want to run the exact same query as above. From what we again pick up the RouterCallKey and RouterCallKeyDay.

In the Termination_Call_Detail records, we’re interested in finding the details of the agent that handled that call, so we want to add in a few extra columns and join in the Agent table to get the agent’s details. The query could look like this.

And the output of that would be i.e..

From this we know that agent John Doe with agent ID 20 at extension 2000 handled this particular call.

Obviously the above is just a brief introduction and there is a lot more information to be found in your ADS / HDS database. The Database Schema handbook will help you in further exploring the wealth of information available. Whenever you open a TAC Service Request, it’s a good idea to provide the TAC engineer with the RCD and TCD records to improve the resolution time of your issue. Having the information from TCD and RCD records available also allows for much easier log reading. 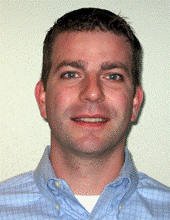 Awesome write up, Thanks Kris 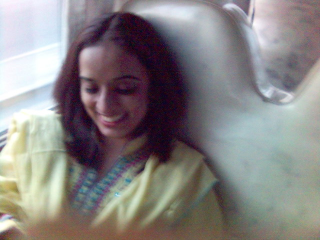 Very informative and helpful! thanks Kris

Thanks Cris for sharing such an awesome document for troubleshooting clearly understandable !

Thanks a lot, quiet informative... 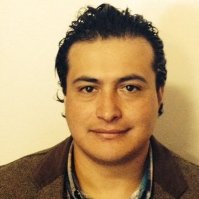 Beginner
You are making us smart, Thank you Kris

In termination Call Detail there are variable 1 to variable 10 I need to know the description detail of it as in the DB schema there is no much information/detail on it. can anyone help me on that

Latest Contents
ECE12.5 gadget certificate error with Finesse 12.5 in UCCE 1...
Created by ka250117 on 07-03-2020 03:09 AM
0
0
0
0
Anyone worked on Implementing ECE 12.5 with UCCE 12.5?Facing issue when enabling ECE gadgets on Finesse 12.5.Any idea what certificate is needed for Finesse gadgets to work this?I couldn't get any document discussing about certificate exchange between Fin... view more
HELP - Tannoy system not picking up from FXS port
Created by carl_townshend on 07-03-2020 03:05 AM
0
0
0
0
Hi AllWe recently had a Tannoy PA system installed, however it does not seem to work when connected to our telephone system via a VG204 FXS port, we can plug an analogue telephone system in and it works fine. The system it plugs into is a Baldwin Box... view more
Quadcam Tracking Without Codec
Created by mkempson86 on 07-03-2020 01:38 AM
0
0
0
0
Hi, I am working on a design including a Kit Pro & Quadcam, the client wishes to use a Vaddio Bridge to include BYOD utilising the camera and microphones (existing standard with 12x cam & SX20 but non-tracking). If i connect the Vaddio B... view more
Jabra Evolve 40 to cisco mini kit
Created by jayeshd on 07-03-2020 01:15 AM
0
0
0
0
How to use head set Jabra Evolve 40 to cisco mini kit
Webex Teams Desktop client not work via Expressway
Created by samhopealpha on 07-03-2020 12:32 AM
0
0
0
0
Hi everybody, Currently I am doing the Webex Teams with local CUCMThe internal connection between CUCM and Webex Team desktop client is fineHowever, if I login the Webex Teams desktop client via the Expressway.The phone service in Webex Teams desktop... view more
CreatePlease login to create content
Discussion
Blog
Document
Video
Related Content
Discussions
Blogs
Events
Videos
Content for Community-Ad