What is the impact of inefficient collaboration in Healthcare? 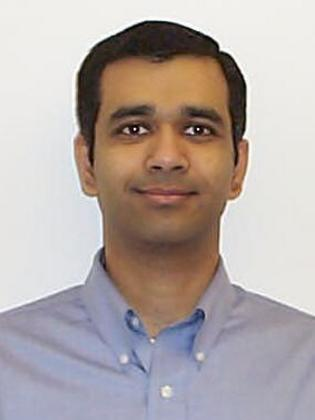 In this series I want to share my perspectives on how healthcare organizations can and are leveraging collaboration technologies to drive transformation. However, before discussing specific examples of transformation I wanted to review the impact of inefficient communications & collaboration in the current environment.

Healthcare delivery inherently involves a significant amount of communication and interaction among clinicians as well as between clinicians and patients. It should come as no surprise that in a typical hospital environment there are several inefficiencies in these communications, resulting in a broad reaching impact, which goes well beyond lowering staff productivity and reducing operational efficiencies. More importantly they result in patient safety and quality of care being compromised, patient experience being less than satisfactory and staff that is less satisfied with their work life. A recent joint study by the Center for Health Information & Decision Systems (CHIDS) at the University of Maryland and the Cisco Internet Business Solutions Group (IBSG) estimated that the annual “cost” to US hospitals due to poor communications is in excess of $25 billion.

Patient safety issues were highlighted in a 2006 Joint Commission study that analyzed more than 4000 patient sentinel events (unexpected occurrence involving death or serious physical or psychological injury) over a 10 year period and found that communication lapses was the single biggest root cause and the key factor for two-thirds of the events. Also, in a recent nursing survey conducted by Zogby International and commissioned by Cisco, 77% of those surveyed said that communication lapses have a high-impact on patient safety.

My experience in working with different healthcare organizations is that, difficulties in locating and collaborating with other clinicians and staff members is one of the key challenges that most organizations face. Clinicians waste precious time each day trying to track down other available clinicians, calling multiple numbers and trying different channels of communication, waiting for people to respond to a page etc. In the nursing survey mentioned above 86% of the respondents said that “time spent chasing other people to get answers” could be as much as two hours per shift. The wasted time reduces the time that clinicians can spend on direct patient care. A 36-hospital nursing time and motion study published in 2008 found that nurses on average only spend 31% of their time on patient care in the room while almost 40% of their time is spent at the nurses’ station. Patient care is also indirectly impacted because of higher stress levels in staff that might have to work overtime. These issues only exacerbate the staffing shortage challenges that many hospitals face by reducing their ability to retain and attract the best talent.

But it doesn’t end there, communication challenges can often have a cascading effect on patient flow that affect multiple areas within a hospital and ultimately lead to higher costs, lost revenue and reduced patient satisfaction. I worked with one hospital where inefficient collaboration resulted in patients waiting 45 min each time they needed to be transported between the ED (Emergency Department) and radiology. While there were long lines of patients that were waiting to be transported, other patients were waiting to be admitted to the ED. Often, because all beds were full the ED went into divert protocol, which meant the hospital was diverting all new patients to neighboring hospitals resulting in lost revenue. Ineffective communication also resulted in delayed patient discharge and delays in getting the rooms ready for the next patient. Even after the beds were cleaned and available, patients were often waiting in the ED to be transferred to an inpatient bed because of ineffective coordination between the ED and the floors. In other areas such as surgery, I have seen examples where a significant percentage of surgeries are delayed because of delays in assembling one or more members of the surgery team.

Leading organization are integrating collaboration capabilities into healthcare workflows to address these challenges. In the next set of posts I’ll discuss some of these examples and the associated business impact.

Latest Contents
Cisco UCCX Recommended ASR/TTS Server?
Created by MarcusWoodard61583 on 07-28-2021 10:16 PM
0
0
0
0
Hi, we currently have the Nuance Management Station 5.x suite and looking to get away from Nuance. Does anyone have a recommended UCCX 12.5.1.X ASR/TTS vendor solution other then Nuance? I found LumenVox but not familiar with this vendor. T... view more
Hunt Group solution
Created by G3261 on 07-28-2021 07:12 PM
0
0
0
0
Hello, I was asked to provide a solution for following scenario---There are 2 DIDs -1111 and 2222. Create a hunt group for calls to 1111 and if all agents are busy,  queue the calls and play a message after 1min saying someone will be with you shortl... view more
cisco jabber showing Failed to exchange server error
Created by pbinojgeorge@gmail.com on 07-28-2021 06:53 PM
0
5
0
5
Hi, In jabber, under outlook we are getting "Failed to connect to exchange server". No idea what are the configuration for this. Please find the attached file for your reference. Thanks Binoj George
Question regarding dial-peers for ringback and error on ingr...
Created by harresh123 on 07-28-2021 06:52 PM
0
0
0
0
This is my first time being part of a deployment where we are using a VVB instead of VXML gateway. With bootstrap, ringback and error tcl configured on VVB, do we still need to define the service application for them on ingress CUBE along with dial-peers ... view more
ATA191 Multiplatform Firmware 11.2.1 Release Notes?
Created by Peter43190 on 07-28-2021 04:38 PM
3
0
3
0
A week ago, Cisco released new firmware version 11.2.1 for the ATA191 MPP but there are no release notes available for the changes. Previous firmwares came with release notes. https://software.cisco.com/download/home/286320022/type/282074215/release/... view more
Create ContentLogin to create content
Question or Discussion
Blog
Document
Project Story
Video
Related Content
Discussions
Blogs
Documents
Events
Videos
Project Gallery
Content for Community-Ad
Webex User Discussion Webex Beta Program How to Use the Community
NEW Webex Learning Catalog Help Center Share a Product Idea