Will 2009 become the "Year of the Great Video Experiment"? 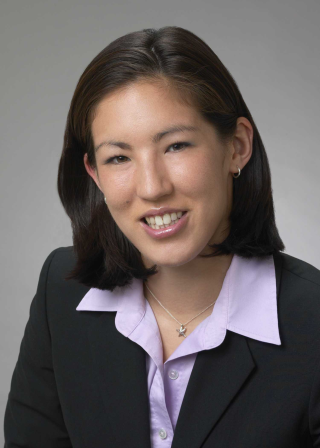 According to the Chinese calendar, 2009 is the year of the ox and the ox signals prosperity through hard work. Video vendors in the past have consistently struggled to break through the cultural and corporate bias against its usage, which impeded the mainstream adoption of video in the enterprise.  Perhaps all of that grunt work to build a market for video and the use of other "oxen-like" traits employed by vendors will pay off in 2009?

As an annual research exercise for many IDC research groups, we are required to generate a Top 10 list for the major IT markets that we cover. In the 2009 version for  Enterprise  Networking,  our #8 prediction was that "The Great Video Experiment Will Begin." With current IT budgets being slashed, everyone is looking to do more with less. Video in the enterprise is heading into a phase of major experimentation with shaky business justifications in the eyes of the CIO but clear value in the eyes of executives and employees. In 2009, we expect to see a wide range of video over IP experiments such as conferencing ranging from high-end telepresence facilities to Skype and Google video at the low end. Other experiments include continued corporate intranet video on demand portals (imagine YouTube on the intranet) and live event-streaming portals for training and corporate communications. Finally, as the barriers to entry drop on IP video surveillance, the ability to monitor facilities and even analyze customer service or traffic flows through a facility will become increasingly compelling.

In our interviews with end-users, we have been able to glean interesting anecdotes about why their organizations have adopted video.  Within my own team at IDC, we have used video as a gauge for manager-subordinate relations.  On a phone call, my manager would never be able to tell if we were rolling our eyes in disapproval.  But the visual cues from video can very clearly and quickly convey our support, concern, or disgust. While travel cost reduction is a popular metric for video adoption, the cost of the non-work conducted during business hours and while in-transit can be even more expensive to the organization.  Despite the virtual erosion or disappearance of travel budgets, teams still have to meet and push products out to market.  The use of video has even improved the sense of identity among remote workers and their connections to headquarters, since "There is a reason why people say 'Out of sight, out of mind.' You'll never hear, 'out of earshot, out of mind'." When telepresence started to gain momentum in the market, analysts often compared the adoption of telepresence to the displacement of the corporate jet market.  In fact, one interviewee said: "I'm tired of putting the wrong engineers on my plane."

Despite the macroeconomic challenges that all enterprises are facing today, there are still perceived benefits of video.  According to an IDC web-based QuickPoll conducted in December 2008, many of our 341 respondents were already using video for video conferencing, employee training and certification, and video surveillance. The top three key drivers for their usage were cost savings and travel avoidance, improving team collaboration across geographies, and improving work-life balance. The most interesting data point gained from this survey was that business managers and IT have significantly different perceptions  about  the business value of video.  What is surprising is that our line-of-business respondents saw greater value in video than their IT peers and that the IT groups were perceived as the obstacles to deployments.

Many enterprises spent the start of 2009 reeling from the financial damage created in the fall of 2008. So, some of our readers were a bit leery of our prediction that the growth of video adoption might thrive this year.  However, there are new business models—such as managed video/telepresence and public video facilities—which may lower the barrier for enterprise adoption, eliminate the need for an expensive up-front capital expenditure and allow users to build an appetite for video. Yet, we still have nine more months left to see if there is still hope for the adoption of video in enterprises worldwide.  Perhaps more importantly, we still have nine months to see how much the market will recover.

Latest Contents
Multi line support MRA
Created by kdecker01 on 04-03-2020 03:04 PM
1
0
1
0
Hello! We have implemented the use of MRA/Expressway in our org & have several 8865 series phones deployed with our users, these users have more than 1 line/number tied to their phone. The main 'user' line rings & allows for calls just fine but a ... view more
Sitzungsaufnahme nicht möglichSe / ssion recording not possi...
Created by webinarya on 04-03-2020 02:15 PM
0
0
0
0
Deutsche Version Hallo Zusammen Ich bin neu hier in der Community, da ich bereits ein kleines Problem habe mit dem WebEx auf dem Smartphone (System Android).Ich und meine Kollegin haben sich diese Woche angemeldet bei Webex um Online Konferenzen... view more
8811 Phone MRA Expressway - Update credentials Issue
Created by stevenle on 04-03-2020 01:57 PM
0
0
0
0
We have a mix of 8800 series phones at staff homes. These phones connect over MRA through our Expressway servers and work just fine. We have a new issue that has just cropped up. In the past, when domain credentials were updated on the company network, th... view more
Integrating CUCM and CCX in a single RTMT session.
Created by jacobhendricks522016526 on 04-03-2020 01:49 PM
0
0
0
0
Currently when viewing my servers in RTMT I can see my pub and 2 subs and IM&P. However I cannot view my CCX nodes unless I open a separate RTMT window. Can they be integrated into a single RTMT session?
License Expressway Rich Media Session, what is?
Created by Albert_Hernandez on 04-03-2020 12:32 PM
2
0
2
0
Hi everybody. I have a doubt about my rich media sessions on my Exp-E, it says 8 rich media sessions, that's my calls number Expe it is going to permit me to call?  I will use jabber for almost 30 users trough MRA and I don't know if ... view more
CreatePlease login to create content
Discussion
Blog
Document
Video
Related Content
Discussions
Blogs
Documents
Events
Videos