Turn on suggestions
Auto-suggest helps you quickly narrow down your search results by suggesting possible matches as you type.
Showing results for
Search instead for
Did you mean:
Start a conversation
Options
334
Views
8
Helpful
6
Replies

We've successfully reccorded both sides of a conversation using SPAN on a 2924, however we're attempting to provide monitoring for multiple 29xx switches. Is it possible to simply monitor the LAN connected port on an ICS7750?

For example, we would like to be able to configure port two of the SSE to monitor port one, and (if it helps matters) the port assigned to our SPE blade running CCM. 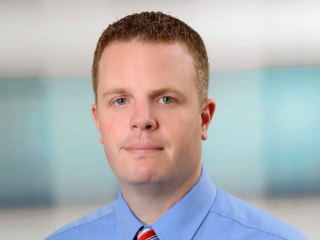 If you want to record agents on multiple switches, you will need to configure RSPAN. What I have found to be the best option (and this is only applicable if you need to only record Agent > PSTN and vice versa calls) is to just SPAN the port the voice gateway is plugged into. Again, you can't record IP Phone to IP Phone calls but typically that isn't a big deal, if it is, you will need to configure RSPAN.

We've just started testing that scenario, actually. An issue we've run into is that the switches are 2950s, so we're trying to figure out the "correct" configuration for the IPCCX server.

Right now, we're looking at enabling a monitor session for (example) port one to monitor port two, which is the voice gateway. The IPCCX server has a second NIC plugged into port one, the other NIC is plugged into the ICS port two and is the "functional" NIC for IP communication.

Does this sound correct?

Collaborator
In response to tonycody
Options

Exactly, port one will be SPAN Destination Port, port two (gateway) will be SPAN source port. Thats the easiest way to do it. Also, when you enable that second NIC, one thing from the Install guide is missing. Right Click on Network on the desktop > Properties > Advanced > Advanced Settings > Adapters and Binding > Make sure the original NIC is listed first.

Your tip there was right on - the monitor NIC was first in the binding order. That explained a lot of the quirkiness of CRA after adding the second NIC.

With respect to monitoring, have you worked with the 7750? We have a setup in our lab trying to test the scenarios before we go into production and we're getting nowhere with doing any monitoring other than the "normal" method of plugging the single-NIC IPCCX into a port that monitors other same-switch ports.

I'm trying the "monitor PSTN-to-agent calls" scenario and attempting to replicate the production environment. I've taken a a 3550 and plugged ICS port one into it, plugged IPCCX NIC one into ICS port two, and IPCCX NIC two into a monitor port on the 3550. I have a test phone plugged into the 3550 and would expect that voice traffic should be getting recorded as it leaves the 3550 through the monitored port. No such luck, though.

Any tips? And, many thanks for your help thus far!

I went back and re-evaluated our entire scheme and started out fresh - recording now works!

Thanks for your help!

With this design and configuration, can I record calls from all phones or only from phones with agents (if I have only a few agents in network)?