Pros and cons of CVP subflows

Are there any pros and cons of using CVP subflows from a CVP application architecture and performance standpoint?

As per my understanding of how the subflows works in CVP, following are the pros and cons of subflow over subdialog:

Other than the above, I am interested to know if there are any specific pros and cons (especially Con) because we plan to use the subflows extensively in our CVP application architecture.

Any thoughts, comments and suggestions are really appreciated. 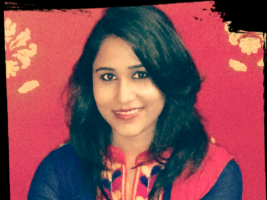 Kindly find the below link for more information.

Beginner
In response to mohdas

Thanks for sharing the link, it was very helpful to understand the CVP subdialog option. However, there is nothing specific mentioned about the CVP subflows in that thread which is a new concepts introduced in CVP 10.5

Any information/link which provides details about subflows specifically (pros/cons/impact etc..)?

Also request other in the community to comment based on their experience with CVP Subflows.

Beginner
In response to roshan.kumar6

Hey Roshan, did you end up using Sub flow or subdialogs?  One deal breaker for me was inability to re-use subflows across multiple CVP applications, it seems the subflows must be nested under a specific CVP app.  We use subdialogs because of this limitation.

Which is a bummer because as you mentioned a subflow would keep the transfer local to VXMLServer vs sending a new VoiceXML page to the gateway and opening another session with another app when doing a subdialog. There has to be a performance overhead to doing that, however small it may be.

I've found the following 'features' with subflows. None are

deal-breakers, but nice to know!

a. Because element data and local data are only available within a

subflow, they are not available in the End of Call Java class where you

b. However, element data and local variables are 'persistent' - so if

you call a subflow multiple times, all its variables will RETAIN their

previous values. This is important if using something like Counter

element - it will NOT initialize the 2nd time you call it.

c. An application transfer fails from within a subflow, however

d. If using getElementHistory() and getExitStateHistory() in End of Call

Java, they do not align correctly for elements within the Subflow - it

subflow, at which point things seem to align correctly again!

e. If using getElementHistory() within a subflow, the element names

include the name of the subflow SubflowName.ElementName. However, if

you then try to use this with the getElementData() method, it fails

because it wants to know 'JUST' the name of the element, so you must

strip off the subflow name.

Beginner
In response to janinegraves

Wow thanks Janine, that is super helpful to know upfront!

Latest Contents
Webex Developer Projects
Created by Dirk-Jan Uittenbogaard on 06-23-2022 07:16 AM
0
0
0
0
An overview of funny, nice, strange and useful things I have published.   Message Meet Video Other
Webex Desk Video Toolkit
Created by Dirk-Jan Uittenbogaard on 06-23-2022 07:06 AM
0
0
0
0
Goal: Provide a simple User Interface to control, modify and customize your Webex Desk Video device.Install time: around 5 minutes (upload the UI and macro)     What can you do? Settings Camera ExposurePan/tiltSelf-view on/off + small/full ... view more
Python Is Annoying, Isn't It?
Created by npetrele on 06-03-2022 12:41 PM
0
0
0
0
Okay, guilty as charged for creating a click bait subject. I love Python. But there are some things about Python that can be annoying if you're just starting out as a Python programmer. Let's tackle a few of them so you don't suffer from the mistakes I ha... view more
Demo - Webex Video device with Virtual Lamp
Created by Dirk-Jan Uittenbogaard on 05-17-2022 01:30 AM
1
5
1
5
Demo - Webex Video device Virtual Lamp integration Objective Show how easy it is to create a virtual lamp and integrate it with a Webex Video device or bot. ​​​​​​​Create your own lamp using the virtual lamp bot make it create a ... view more
Python MacOS - switch between your Virtual (pipenv) Environm...
Created by Dirk-Jan Uittenbogaard on 04-25-2022 03:17 AM
2
5
2
5
Team,As I'm using a lot of virtual environments with PIPENV, it became harder to keep track of the environments that I have setup. And that was the reason to create this script which: List all of your (pipenv) virtual environments Select one Change... view more
Ask a Question
Create
+ Discussion
+ Blog
+ Document
+ Video
+ Project Story
Find more resources
Discussions
Blogs
Documents
Events
Videos
Project Gallery
New Community Member Guide
Related support document topics