Cisco Community
English
Register
Login
LEARN about secure, intelligent collaboration for all
RegisterLogin
Options
Turn on suggestions
Auto-suggest helps you quickly narrow down your search results by suggesting possible matches as you type.
Showing results for
Search instead for
Did you mean:
710
Views
35
Helpful
12
Replies
Highlighted

I'm hoping someone can help here.

I recently migrated a CUCM cluster from an AD connection with multiple forests, to a single AD-LDS server as I needed to enable authentication.  This mostly went ok but during testing, I found that the users in my UCCX server had been deleted and then re-added meaning that they had all lost their configuration, Skills, Teams etc.  We were able to rectify the situation quite quickly but I'm unsure why this happened and if it had been a more complex solution, we could have been in more trouble.

The process I followed was this:

- Delete the multiple LDAP Directory entries to the old AD servers, which is mandatory to change the LDAP System type. (at this point users became inactive in CUCM)

- Add the new directory pointing to the AD-LDS servers

- Run a manual Sync to activate all users again

This took no more than 5 minutes and in that time the users in CUCM became inactive then active again (as expected) but the UCCX users were deleted and re-added (without their skills configuration).

If anyone knows why this happened I would appreciate your input.

Labels:
3 people had this problem
I have this problem too
0 Helpful
Reply
12 REPLIES 12
Highlighted

This is actually expected.

That behavior is written in an official document of cisco?

I'm looking for an official document from cisco about the relationship between UCCX and the cucm LDAP directory.

Do know have one?

Its the inactive piece that removes them from UCCX. As soon as an account becomes inactive, it removes any app sync in place. I am not sure if there is a way to disable CUCM sync to the UCCX server while you made this change, but even that might not work.
5 Helpful
Reply
Highlighted

From my testing, you simply do not load the RmCm page, but now with APIs around, I'd imagine any action which causes UCCX to load a list of Agents is going to cause this to happen. Therefore, you might want to stop Tomcat on UCCX while you have an LDAP outage on CUCM. Yes, it will impact UCCX and Agents, but it's probably better than spending the next 4-6 hours rebuilding and restoring the whole of UCCX from a backup.

I opened this documentation enhancement request some time ago to track this down: 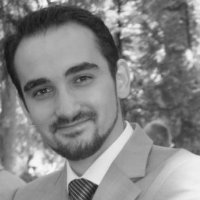 This is such a vulnerable condition to be left with & I'm surprised Cisco decided to do things this way around.

I was recently involved in a high-severity case where the LDAP structure in the environment we manage had an outage &, as "luck" would have it, CUCM had a scheduled synch. shortly after the LDAP servers went unavailable.

We had about 17K users marked as "Disabled" in CUCM (which isn't so bad if the condition is remediated and new synch triggered) and around 250 were UCCX agents which simply got completely removed from UCCX because of this thing.

Would it not make more sense to have UCCX trigger a countdown like CUCM does?

Instead of purging those agent profiles immediately from the CCX database, keep them lingering for at least 24 hours?

I was baffled when I read that bug bulletin; imagine trying to explain that to the business you're looking after when they pay top money for what should be one of the best on-prem. contact center solutions out there.

That's how UCCX used to work. Then it changed to this immediate deletion method.

It's poorly documented in the Admin Guide:

I wrote about this 4 years ago. It also bit me and I had to rebuild UCCX from a DRS backup in the middle of the day.

UCCX used to just hold the Agents as Inactive, allowing you to restore the user latter, or manually purge them yourself. I'm not sure why they chose to change the behavior, but it's worse now in my opinion.

This one hit me hard smack in the middle of the day for the customer I look after / almost midnight where I live.

Had to pull an "all nighter" to restore a very sensitive CCX cluster do to a hiccup that was out of our control :|

Talk about the 13th lol

Just from my experience, this is actually why it's not suggested to use a CUCM LDAP account as the end user for UCCX.  A local account is less likely to be deleted by accident.

What you're saying works in smaller environments but when you deal with multiple users that *must* have a unified user/pass to access a slew of enterprise apps. this is going to get you nowhere fast.

0 Helpful
Reply
Latest Contents
BAT File 32Bits Fix
Created by alejo1521 on 02-26-2020 07:55 AM
0
0
0
0
here the solution. On VBA Code add PtrSafe after the Declare statements, *** TIP: Save file as .XLT 32Bit Config -  VBA64Bit Config -  VBAPrivate Declare Function SHBrowseForFolder _Lib "shell32" _( _lpbi As BrowseInfo _) _As... view more
New Webex Desk Pro
Created by azoupas on 02-25-2020 01:26 AM
0
0
0
0
Dear all, we recently announced new addition in our portfolio : Webex Desk Pro. The Webex Desk Pro is designed for executive desktop and focus rooms that accommodate one to two people. It is an all-in-one premium collaboration and productivity devi... view more
VVB login and logout events capture
Created by Ramamoorthy Shanmugam on 02-24-2020 11:50 PM
0
0
0
0
Dear All,Is there any way to capture cisco Appliance platform login and log out event captures without TACACS. If yes please let me know the option and procedure. Ram.S
Servicenow ticket creation from touch panel
Created by cmcher on 02-23-2020 03:03 AM
2
0
2
0
i understand there is api and macro can be used to connect to service now via the touch panel . the problem in my organisation is that there is a need to connect to a proxy to be able to connect to service now  how can i do that ?  htt... view more
New Webex Room USB
Created by azoupas on 02-21-2020 06:25 AM
0
0
0
0
Dear all,   we recently announced new addition in our portfolio : Webex Room USB.     Cisco Webex® Room USB is a lighter version of the Webex Room Kit Mini that works as an extension of your laptop/desktop to provide advanced camera/a... view more
CreatePlease login to create content
Discussion
Blog
Document
Video
Related Content
Discussions
Blogs
Documents
Events
Videos