Turn on suggestions
Auto-suggest helps you quickly narrow down your search results by suggesting possible matches as you type.
Showing results for
Search instead for
Did you mean:
Start a conversation
Options
491
Views
0
Helpful
1
Replies

Using fetchaudio to force TTS playback prior to ASR 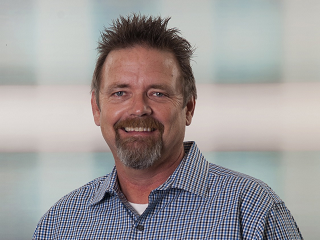 Nuance TTS and ASR are the latest stuff, can't recall exactly what version, but "new stuff", and ASR is not the issue here.

My issue is ASR timing out waiting for input before my TTS audio can finish playback.

I have at times 3-5 minutes of data to play to the caller prior to the ASR menu, yes that's forever but that's how it works.

My next element after this TTS "loop" element is a menu using ASR and DTMF.  That menu throws a badFetch if the TTS playback takes longer than 60 seconds because the MRCP session has timed out with Nuance.  That part I can fix, I changed the Nuance ASR timeout to 300000 ms (5 minutes) and my audio plays great and ASR works great.  But I don't want to leave the MRCP setting at 5 minutes.

I tried solving this instead with fetchaudio because as I understand audio playback in VXML, it is queued until the following occurs:

A. The interpreter reaches a waiting state (e.g. recognition), or

B. The interpreter fetches a resource while a fetchaudio attribute is set on the corresponding fetch element

So in the TTS element which is in my playback loop, I added a fetchaudio property and used http://mediaserver/en-us/sys/silence_.1_sec.wav

I figured since I had a fetchaudio property on the TTS element that this would force the TTS audio to playback before continuing to the next TTS element audio, thus preventing queuing of the audio and not making my ASR menu wait for input, but it didn't work.

My question is, would this fetchaudio method work to force audio playback each time the audio element is executed if the fetchaudio property is set, in other words not queue the audio like normal?   I've only used fetchaudio in the past to play music or popcorn sounds while waiting for a webservice or DB lookup to finish so this new territory for me.