What are the hardware components of UCS

Cisco Unified Computing System (UCS) works as a single, cohesive system, to unify compute, network and storage technologies. The UCS system consists of various parts that work together and give a view of single system. These parts of a UCS system are: 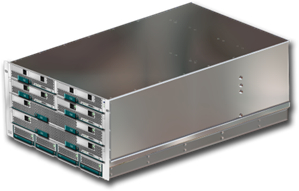 The UCS B-Series blade servers are based on x86 architecture and support Microsoft Windows, Red hat Linux, variants of UNIX, and virtualization software like VMware ESX. The UCS B200 M1 Blade Server is half-width which uses two Intel Xeon 5500 series processors and supports up to 96 GB of DDR3 RAM. The half width server supports a single mezz card and two optional hot-swappable SAS disk drives. The blades also feature the blade service processor or the BMC and support management using IPMI. 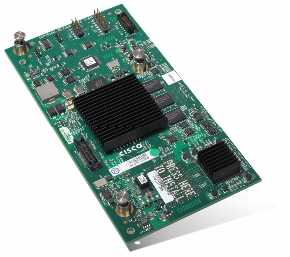 The UCS network adapter cards carry out all the network I/O from the blades and are build on mezzanine card form factor. UCS system has two different types of network adapters: UCS 82598KR-CI 10 Gigabit Ethernet Adapter and UCS M71KR-E/ UCS M71KR-Q Converged network adapter. These adapters have two unified fabric connections to each of the two fabric extender slots. The UCS 82598KR-CI adapter presents a view of two 10 Gigabit Ethernet NICs connected to the system. The UCS M71KR-E/ UCS M71KR-Q adapter is for organizations who require fibre channel compatibility and it presents a view of two Ethernet NICs and two HBAs.

13 Helpful
Share
Latest Contents
GNSS-LED always - bright red - at Cisco Nexus 93180YC-FX3 ch...
Created by r.heitmann on 05-25-2022 05:56 AM
0
0
0
0
Nexus 93180YC-FX3 switches contain an "GNSS" LED at their front * which is not part of the documentation (hardware installation guide for example)   Since "feature frequency-synchronization" has to be licensed (DCN SyncE Add-On License)* GNSS seems t... view more
aci simulator 4.2.7 and 5.2.4 in same epg
Created by ssci on 05-25-2022 04:06 AM
1
0
1
0
We have installed 2 aci simulators on our vcenter environment 1 with version 4.2.7 and 1 with version 5.2.4.The problem is that version 4.2.7 seems to lose connectivity when both simulators are running at the same time.If we disable the nics on the 5.2.4 ... view more
ACI NRFU Document Template
Created by hafeezali on 05-25-2022 02:08 AM
3
0
3
0
Hi guys, Can anyone guide/provide/forward a NRFU template document for ACI implementation testing?   Regards, Hafeez
Cisco Nexus 5672UP
Created by Behnam Akbari on 05-24-2022 09:48 PM
0
0
0
0
HelloI have a Nexus 5672UP switchWhen I turn it onAnd I connect the console cable to itIt does not show me anything and gives an MRC error and does not show anything else in the consoleAnd I can not get any connection to the switchAnd the status light sta... view more
In ACI - Interfaces in vPC or PC load share the traffic ? Ho...
Created by Network_Sarovani on 05-24-2022 02:29 PM
2
0
2
0
Hi Experts ,  We are facing an communication issue during replication(backup) between 2 servers SERVER-01 and SERVER-02 .SERVER-01 is a production server and SERVER02 is backup server . May be during the backup the communication fails . We ... view more
Ask a Question
Create
+ Discussion
+ Blog
+ Document
+ Video
+ Project Story
Find more resources
Discussions
Blogs
Events
Videos
Project Gallery
New Community Member Guide
Related support document topics