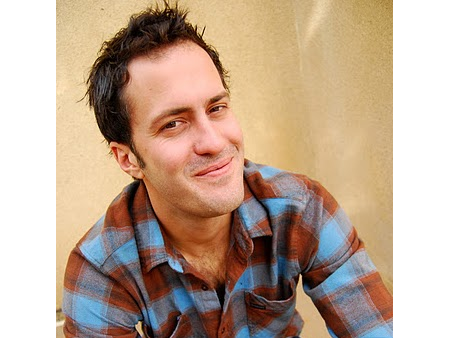 Fresh from Cisco Live I’m having difficulty finding the time to catch my breath. With so many exciting things happening, I’ve been challenged to keep up with e-mails, let alone sleep! Sleep can wait. One of the projects I’m most enthused by is our progress in the area of monitoring, managing and troubleshooting in ACI. At Cisco, we call this Day 2 Operations.

Among the driving motivations in designing an Application Centric Infrastructure (ACI) has been to empower network administrators. Our aim is to put the confusion of inherited access control lists and the waste of overprovisioning behind us. To do this, we’ve needed to shift our thinking, and while changes can take us out of our comfort zones, the progress we’ll make is well worth it.

In the adoption of any new technology there are two forces at work: push and pull. I think of the push as the external pressures – from bosses and competition to make sure our organizations don’t get left behind. To make sure we are ‘future proof’. While this force is a considerable motivator, it’s not what drives our passion as network engineers. Progress for progress’ sake is stressful. Rather, what gets us out of bed in the morning is the pull. That is, when we see new possibilities through a technology. One of the largest pulls of ACI has been the fundamental shift in the way that network administrators are controlling their networks. That mentality change has been the motivator in the conversations I have been having lately.

When a network administrator asks me, “So…why ACI?”, as an engineer, my temptation is to run deep: logical and concrete models, clos topology, white list policy – but that’s the what to ACI and misses the crucial word: why. When the discussion starts with, “ACI is how you are going to take control of your data center” the why quickly follows: “so that you can sleep at night, knowing exactly what is happening on your network”. If you’re reading this and thinking, “I already know what’s going on in my network”, I hope you’re enjoying those Ramen noodles, because chances are you’re an academic. Day 2 operations in the real world can be a scary place. Let me give you an example.

The video (link below) takes the user through one of the toughest situations to troubleshoot: degraded performance between hosts. Network admins dread the late night page: a key service or application is acting sluggishly. If it has high visibility, failure to rectify the problem could turn this into a career-limiting night. The conventional approach is to draw out the network, complete with L2 and L3 addresses and log into each machine one by one to check for warnings and monitor counters. This process is tedious at best, futile at worst. If you’re unlucky enough to have a 5% packet drop, finding the culprit can take quite a while.

The troubleshooter demo shows how ACI makes this a much more manageable scenario. In the video, a user enters the source and destination IP or physical addresses as well as the time period in which he or she would like to view activity. From there, the APIC is able to display a network topology with only the components affecting the two hosts. Included in the view will be all spines, relevant leaves, as well as potential fabric extenders and also services such firewalls and load balancers. Any problem areas will be color coded to show severity of their warnings. In this specific case, the problem happens to be ingress packet drop on the spine. What could have taken hours is discovered in a matter of minutes. Even more powerful is the ability to demonstrate that the network is behaving properly. Of course, if the user would rather send all the information directly to TAC or an integration partner, there is an easy way to do that as well.

Despite being so easy to use, the troubleshooter has some very advanced functionality. In future posts, I look forward to diving deeper into these, but for now I’ll just list them:

The feedback has been very positive and I’m extremely excited to share its current capabilities as well as work together with users to unlock its full potential. My plan is to use this space to include technical explanations as well as real world examples designed to show the troubleshooter tool in action. As always, comments are welcome. I look forward to working with you!

Latest Contents
Multipod configuration did not work
Created by Lobinho on 11-25-2020 05:06 PM
1
0
1
0
I did all the configuration of multipod and I will do some 3x the leafs and spines.Here is some information:I'm making my second Fabric, so I'm putting it as Fabric ID: 2I got to the part where I discover the POD2 Spines, however, I configure the IPN and ... view more
Nexus 5672UP Move Fex to another Nexus
Created by gaigl on 11-25-2020 05:39 AM
1
5
1
5
Hello, we've got in our backup datacenter some FEX2348, and I have to move one single-homed FEX to another Nexus (the 2 Nexus are connected via vpc)I don't want to loose the interface-config and the I have no downtime.the fex is configured very simpl... view more
Export Exchange Email to PST
Created by SysInspireEDBtoPST on 11-25-2020 01:51 AM
0
0
0
0
Worried about to export Exchange emails to PST without losing any single bit of information use SysInspire EDB to PST Converter software. It not just only repair the corrupt EDB file also shows the live preview of mailbox folders/sub-folders items to reco... view more
What is the purpose of Area ID in FCID?
Created by Evgeniy Ivanov on 11-25-2020 01:13 AM
0
0
0
0
HelloCan anybody explain what is the point of Area ID in FCID? I tried to search on the internet, but no luck. In some documentation said that Area ID is used in FC-AL topology, but non mentioned clearly how it is used. Also, i can't understand the second... view more
Configuration Change Notification and Logging on Nexus 9000
Created by janush on 11-24-2020 01:57 PM
0
0
0
0
Can anyone please provide the configuration for Nexus 9000 switch? i find it on XE;configure terminalarchivelog configlogging enablelogging size 200hidekeysnotify syslog i couldn't find right answer for  Configuration Change Notificati... view more
CreatePlease login to create content
Discussion
Blog
Document
Project
Video
Related Content
Discussions
Blogs
Documents
Events
Videos
Projects
Content for Community-Ad
This widget could not be displayed.