Turn on suggestions
Auto-suggest helps you quickly narrow down your search results by suggesting possible matches as you type.
Showing results for
Search instead for
Did you mean:
Start a conversation
Options
1720
Views
0
Helpful
3
Replies

and has replaced 2 nexus 9K switches as the replacement.

we are looking for nexus 9k switches for the following usage: 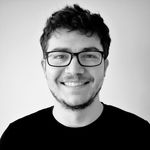 This is the list of N9K platform which supports FC/FCoE:

According to Cisco's EOS EOL webpage on Nexus 5696Q, it has announced 2 replacements for it:

So , for using these 2 as parent switches of 2K FEX, none of them support this feature.

What would be the other choices of replacing the Nexus 9300 with N5K, as cisco has announced it will be EOS EOL May 2021.

because we wan to have at last the features that we had before on the Nexus 5696Q.

Will Cisco give these features later on the above products as it has recommended to replace with N5696Q?

◦     Fibre Channel[2] and Fibre Channel over Ethernet (FCoE) N-Port Virtualization (NPV) support enables the network administrator to control domain IDs and points of management on a Fibre Channel network as it scales. This feature enables LAN and SAN converged networks on a lossless, reliable Ethernet network.

[2] Capabilities to enable both switch mode and NPV mode for FC and FCOE is on software roadmap.
This means that we it will be provided on these models in the next NXOS releases?
0 Helpful
Share
Reply