RSPAN (Port Mirroring) Between Switch Nexus and Other vendor Switch

I need to perform a Port mirroring from a source in one Aruba HPE Switch, crossing other Aruba HPE switch and then ending in two Nexus switches.

I know there is the option of RSPAN to perform Port mirroring between different devices in Cisco switches. And Aruba has its own VLAN port mirroring commands too.

I would like to know if someone got this to work or if it's even possible to perform this kind of Port mirroring in a multivendor environment.

Note that source port and destination port are in the same VLAN, and the intermediate switch is the Core switch of the Network. Connection between Aruba switches is a trunk Port, and between Aruba and Cisco Nexus is a Port-channel.

Thank you in advanced for your feedback! 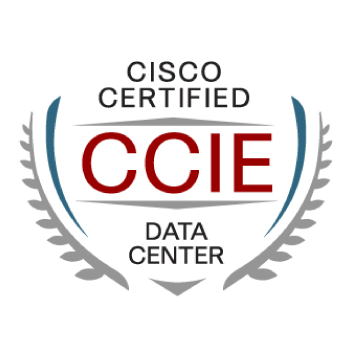 RSPAN is not supported on Nexus platform, so if the source device supports ERSPAN, it will be a good choice.

Latest Contents
Cisco DNA Center AURA
Created by tomy.tim on 05-11-2022 10:54 AM
0
0
0
0
Good afternoon Friends, these days I was accessing the DNAC manager and my surprise is that I did not have access, after a basic analysis I observed that the equipment was operational, but without being able to access it via DNA GUI (browser) I also ident... view more
Cisco Champion Radio: S9|E17 Full-Stack Observability
Created by Amilee San Juan on 05-09-2022 08:23 AM
0
0
0
0
Listen: https://smarturl.it/CCRS9E17 Follow us: https://twitter.com/CiscoChampion Full-stack observability provided by Cisco solutions moves beyond domain monitoring into full-stack visibility, insights, and actions, transforming siloed data int... view more
Creating a Backup for Your APIC Cluster
Created by tomy.tim on 04-24-2022 12:26 PM
0
5
0
5
Today we are going to talk about how to configure backups in the Cisco ACI APIC Dashboard. As you might know APIC is a UCS based CIMC controller and we can check the configuration backups on the Cisco ACI APIC Dashboard. Remember that the HA solution must... view more
Cisco Champion Radio: S9|E14 Cisco HyperFlex: Simplified Inf...
Created by Amilee San Juan on 04-14-2022 03:59 PM
0
0
0
0
Listen: https://smarturl.it/CCRS9E14 Follow us: https://twitter.com/CiscoChampion  Organizations are undergoing digital transformation like never before. Global spending on digital transformation of business practices, products, and organization... view more
Enable Nexus Insights Cloud Connector for TAC Assist feature...
Created by Stanislav Martinicky on 04-13-2022 12:39 AM
45
40
45
40
Recommended for customers on ACI releases 4.2(7r) and above or 5.2(3g) and above. Are you tired of manually gathering ACI logs and tech-support data?To this day, the process of gathering ACI logs and uploading them to your TAC case was cumbersome - y... view more
Ask a Question
Create
+ Discussion
+ Blog
+ Document
+ Video
+ Project Story
Find more resources
Discussions
Blogs
Documents
Events
Videos
Project Gallery
New Community Member Guide
Related support document topics