Cisco Community present at Cisco Live EMEA 2023. See you in Amsterdam! Learn more.
Turn on suggestions
Auto-suggest helps you quickly narrow down your search results by suggesting possible matches as you type.
Showing results for
Search instead for
Did you mean:
Create a new blog
1769
Views
5
Helpful
0
Comments 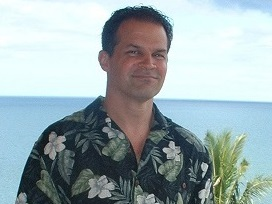 Over 100 Cisco DevOps enthusiasts came to Cisco RTP for the second annual two-day DevOps Unconference held on September 15-16, 2015 to discuss the importance of DevOps, metrics, tools and APIs along with how to move their BU’s into the next frontier which is DevOps. 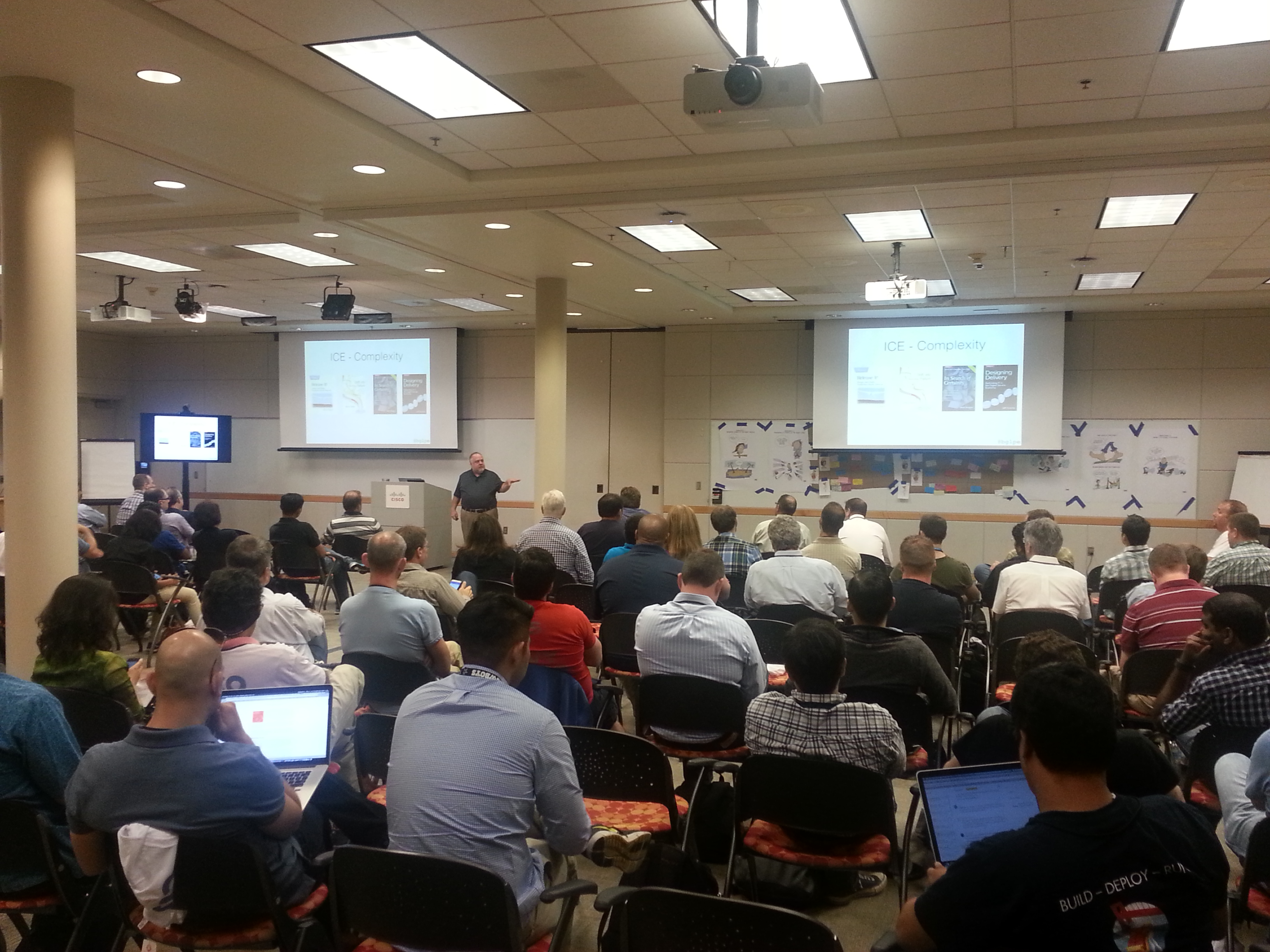 DevOps has moved from a concept into implementation and several presenters explained in lightning and short talks about how their team implemented DevOps along with the challenges that were faced and overcome.  These talks included various topics such as:  Dev + Ops = 3, Breaking Down Barriers, Security and Compliance Standards, Intercloud DevOps and DevOps Partnership with KD.

One feature that makes an unconference unique is that participants choose what topics they want to discuss and this characteristic is where the DevOps Unconference flourished.  In the marketplace portion participants suggest topics of which they will lead discussion.  More than half of the participants provided topics and volunteered to lead discussion about them.

In the two-day unconference there was a total of thirty-seven breakout sessions.  Many of the breakout sessions were  multi-topic as leaders combined their ideas into one session.  Some topics that were discussed were:  OpenStack APIs for DevOps, DevOps with 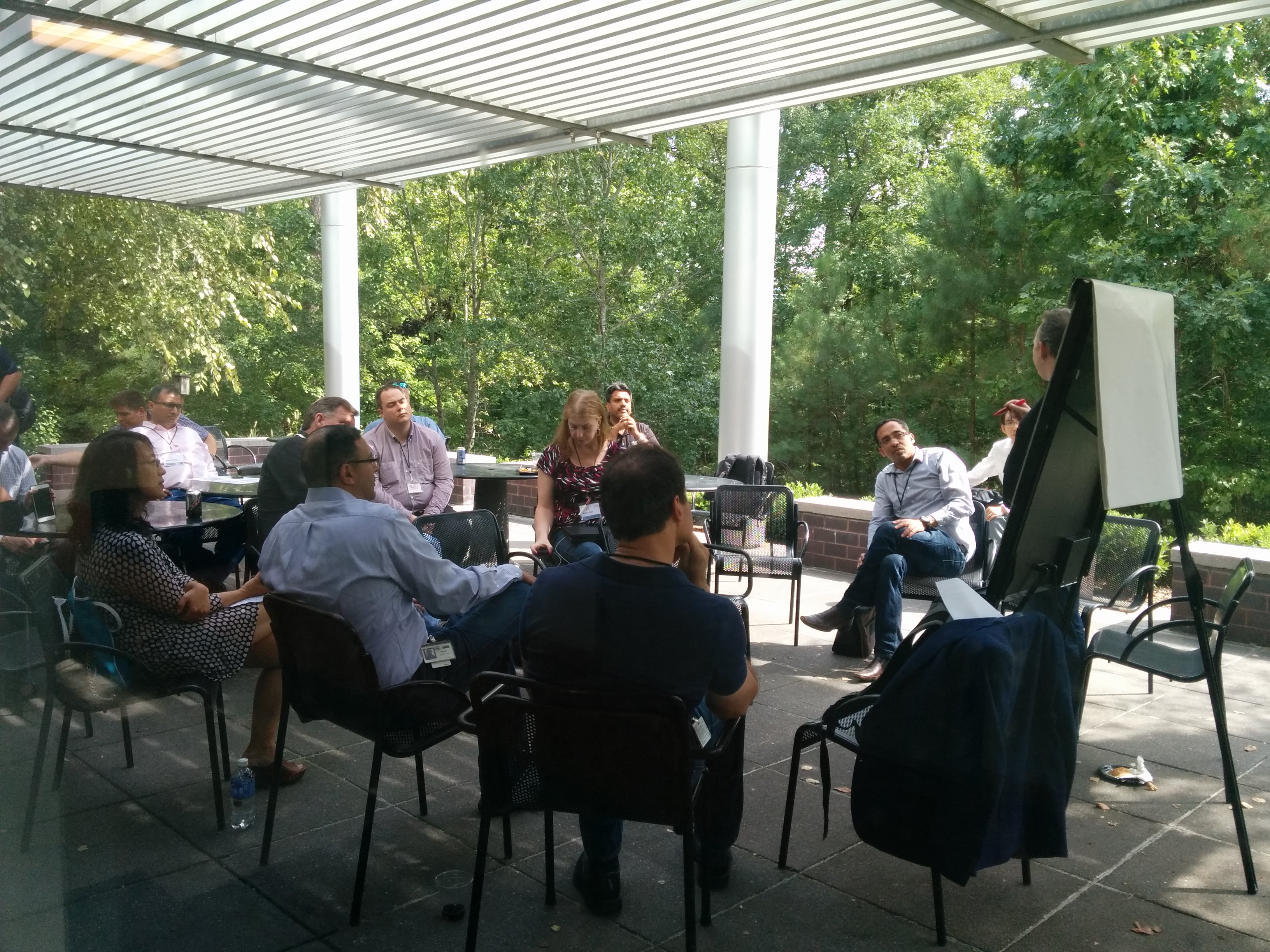 As prescribed in the unconference format, discussions took place in a many-to-many manner where all participants shared their questions, ideas and concerns with each other. 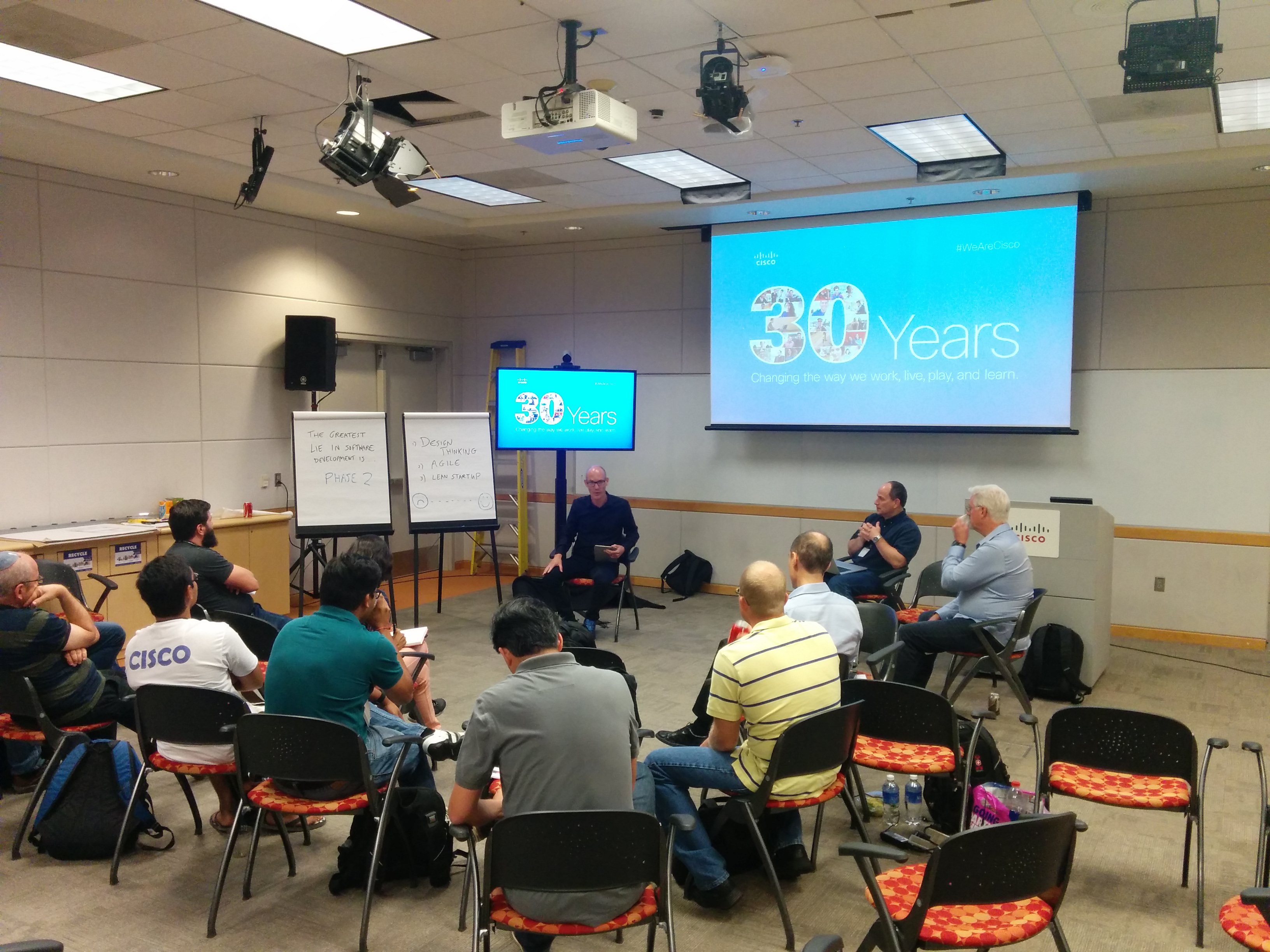 Chairs were typically placed in a roundish configuration to promote cross pollination.

At the end of each day topic leaders presented readouts of what was discussed in their breakout session, ideas developed along with their intended next steps to move forward.

John Willis, a well-known leader in DevOps, provided the keynote and the conference was concluded by none other than Jonathan Rosenberg, Cisco’s SIP pioneer, who stressed the value and usefulness of DevOps. 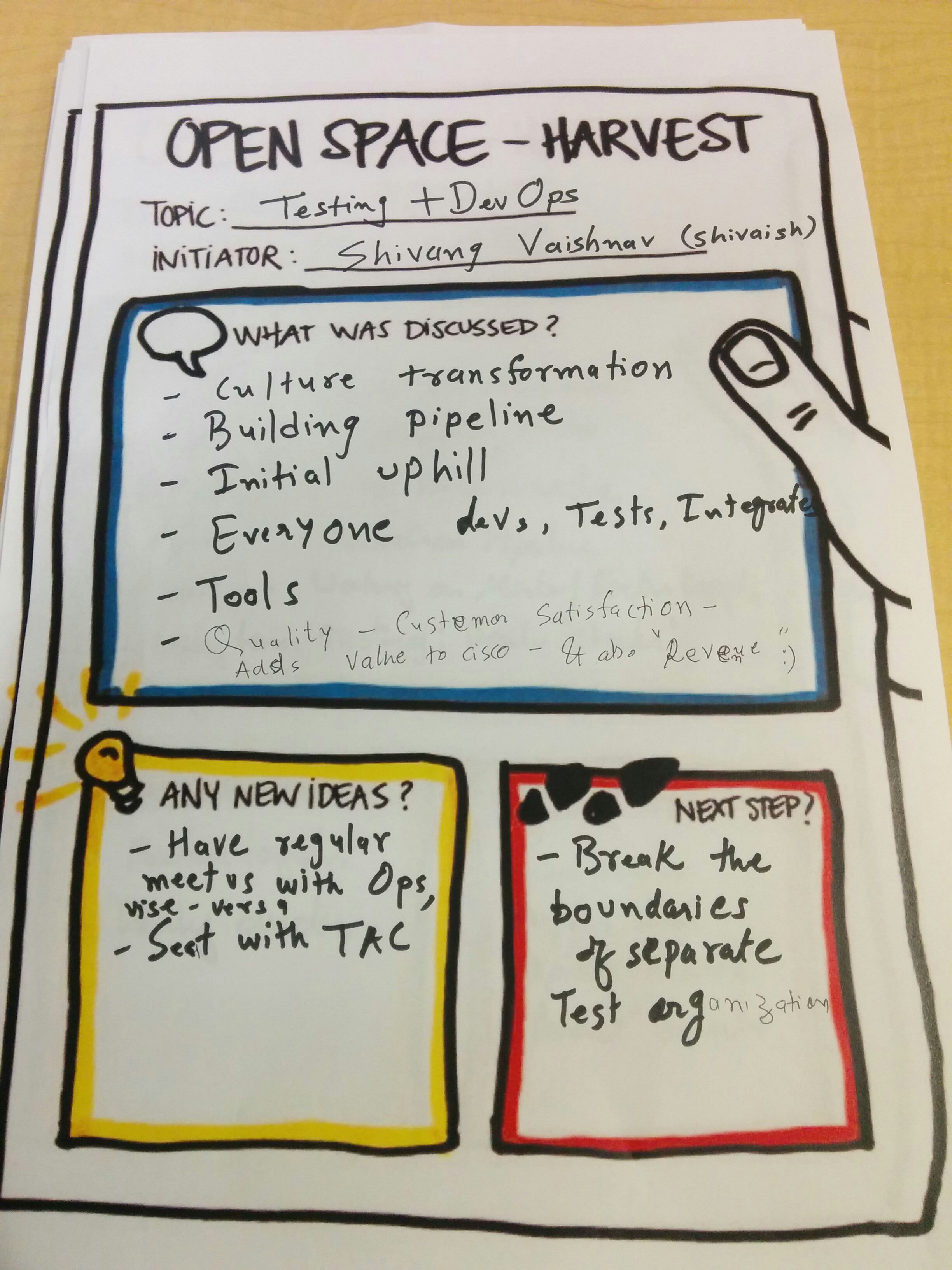 Many of the participants knew about the value of DevOps because they have worked to implement its protocols and many have shared their ideas with others both inside and outside of Cisco.  With the unconference format sharing of ideas, concerns and questions is promoted and communication stimulated.  We look forward to more sharing and learning about how to implement DevOps and its advantages to producing more cost-effective products and more productive work environments.

See you next year!