Hacking for the NYC Ports!

You know what’s so great about hackathons? It’s always solving a problem in this world and making it a better place to live in.

NYC Ports and Logistics is a 48 hour hackathon located in, of course, the beautiful city of New York City that took place on January 20th, 2017 - January 22nd, 2017! The hackathon started off the day prior to the event where hackers were able to socialize and network with other hackers. Since a majority of them just met each other, it was important for them to find teammates with different skillsets to create a new application. Austin Hyland (my colleague) and I had a great time talking to different teams slowly forming and making sure they were all well formed. 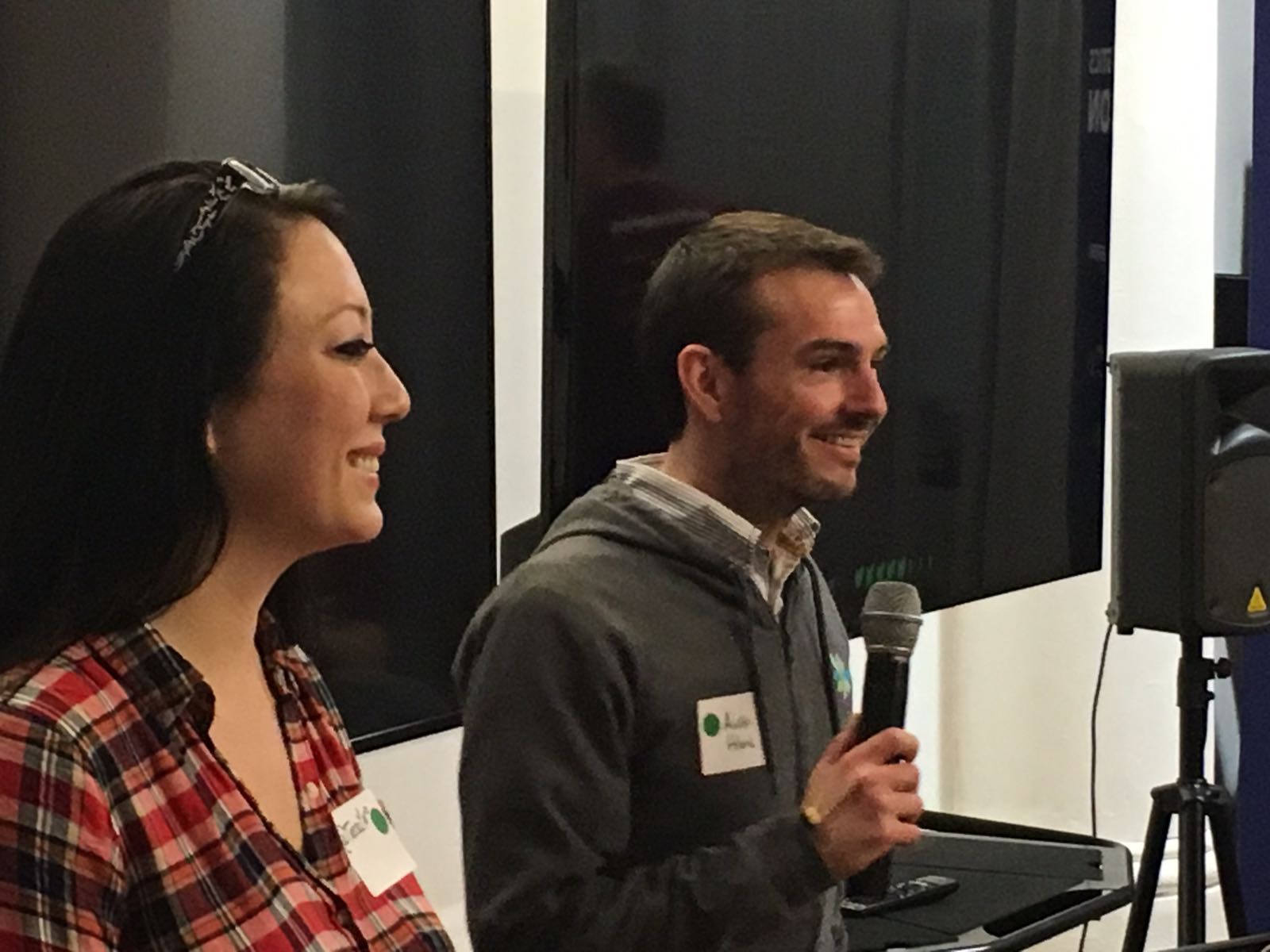 There were many sponsors, including Microsoft Azure, SendGrid, and Cisco DevNet. Of course, let’s not forget the wonderful venue sponsor Galvenize and Blender Workspace! 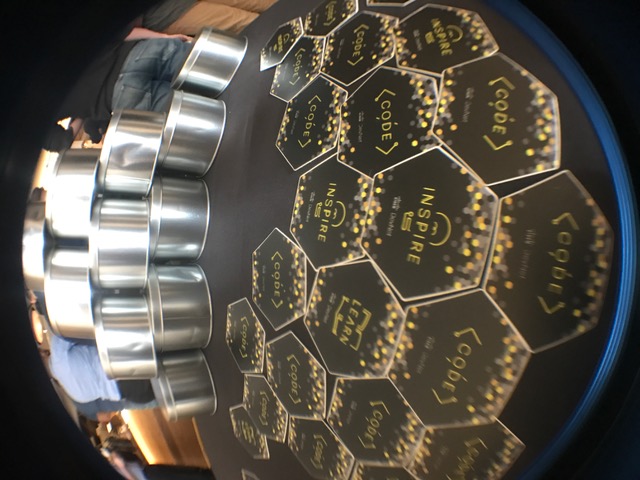 [image: Learn, Code, Inspire DevNet stickers using one of our phone lenses we gave out]

Cisco DevNet was very excited to have a booth and help out hackers using our APIs. (Tropo API and Cisco Spark API). We gave out a prize for expensive Meraki routers to the team who had the best use case of our APIs. The grand prize for the entire event was a $5000 cash prize!

The winner we chose was "LCL Enterprises". The app was about using hardware to keep track of LCL packages. They wanted to add the ability to send customers automated messages. For this hackathon they added coded examples of individualized messages when packages were shipped and broadcast messages when cargo arrived. Then they used HTTP to send variable data to the code and fire up the text messages. This piece was automated in the back end which was in Ruby on rails. 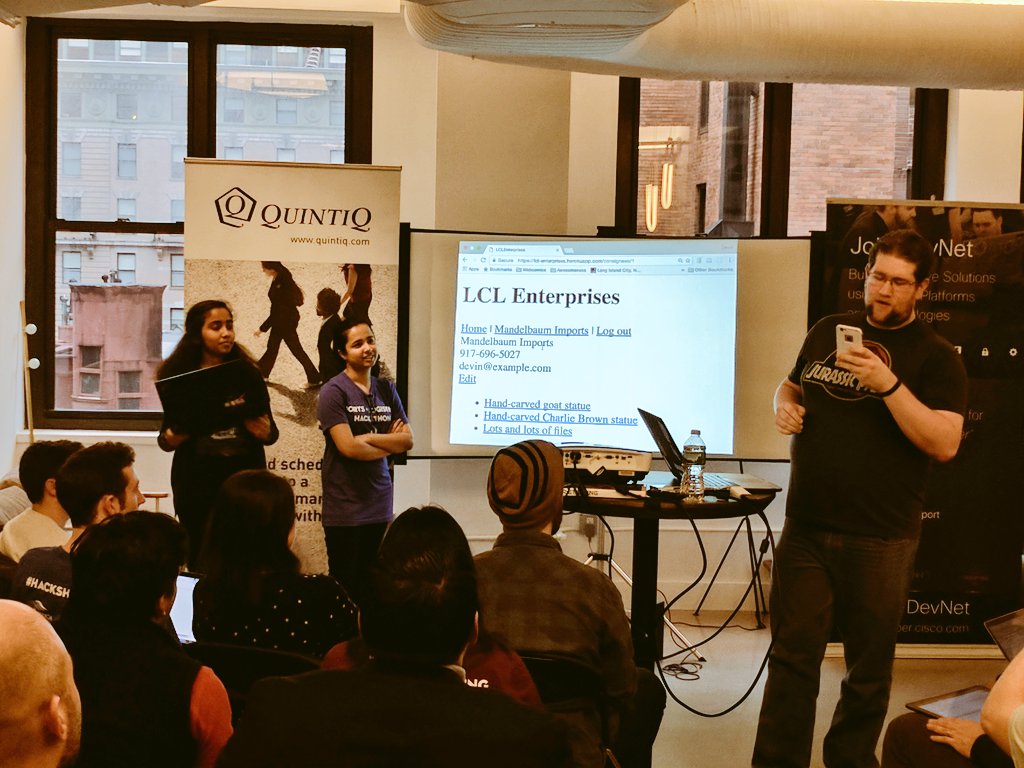 This was a great event, especially because it was ran by the organizer Daren McKelvey who was very organized and worked very hard to make sure it was a successful event. As a sponsor, one thing that stood out with Daren compared to other organizers is that he went out of his way to make sure each sponsor was content and had all the information they needed.

We hope to be there again next year!

Latest Contents
Powershell to connect to all UCS environments
Created by Ray Brown on 05-25-2022 11:54 AM
1
0
1
0
I'm looking to use powershell to automate and reporting on my company's different UCS environments.  I'm trying to write a script that will connect to all my UCS environments.  I'm curious if this is possible, I know i can connect to one UCS wit... view more
Umbrella Reporting api v2 redirects to another hostname
Created by Nishith on 05-20-2022 07:31 AM
0
0
0
0
While accessing Umbrella Reporting API(reports.api.umbrella.com), it is redirecting to another hostname(api.us.reports.umbrella.com) without passing the required bearer token in the header.   It is the behaviour of all HttpClients implementation. &nb... view more
Cisco Modelling lab integration with Monitoring Tool
Created by akshayj2097 on 05-10-2022 09:15 PM
1
0
1
0
Hi ,We have installed CML for network simulation but we want to do some set up for monitoring of topology created in CML using Nagios or solarwinds. Is it possible to monitor CML devices using any monitoring tool?Thank you.
Cisco Modelling Lab Nodes
Created by akshayj2097 on 05-05-2022 10:50 PM
3
0
3
0
Hi Guys,we have installed CML2 but we are getting only 2 nodes (unmanaged switch, external connector). Can someone please suggest how to add all nodes like IOSvl2 , IOSV, Desktop, etc.Thank you!
Obtaining a license to use Cisco VM images outside of CML.
Created by dwilliams614 on 04-18-2022 11:16 AM
3
0
3
0
I would like to use Cisco VMs outside of CML. How do I obtain a license to do so?I came across the following during my research so this must be possible: Attention: The Cisco VM images that are provided for download with Cisco Modeling Labs or as par... view more
Ask a Question
Create
+ Discussion
+ Blog
+ Document
+ Video
+ Project Story
Find more resources
Discussions
Documents
Events
Videos
Project Gallery
New Community Member Guide
Related support document topics