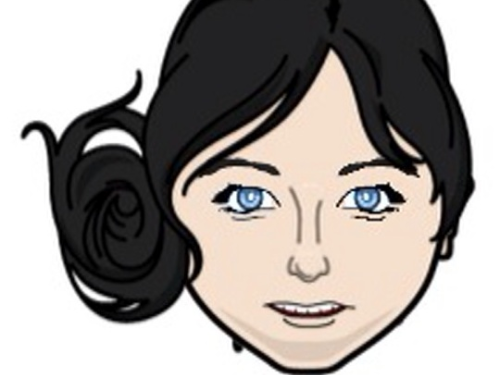 Marie Curie has been a hero for me ever since I wrote a 3rd grade research paper on her work, so I am always excited when there is a new book about her.

Recently, my Dad gave me Making Marie Curie: Intellectual Property and Celebrity Culture in an Age of Information.,   by Eva Hemmungs Wirtén a new book that focuses on the intellectual property aspects of the Curie's work.

I was expecting a nice read mostly about facts I already knew.

I was not expecting to find a fascinating number of similarities between the Curie's treatment of their work in the early 1900's and today's tech industry.

In the early 1900's in France, married women did not have the right to own property.  This law extended to intellectual property.

So when Marie and Pierre Curie discovered radium and the process to isolate radium, Marie could not legally be a patent holder on her own discovery.  A patent on this process had the potential to be extremely lucrative, and companies in all countries were clamoring for the information.   So the Curie's faced a quandary.  Place the patent only in Pierre's name? or freely publish so Marie could have credit as an author?

Their solution has strong parallels with the software world.  They open sourced the knowledge and the process and they patented the tools and provided consulting services.  Sounds familar, right?

Pierre had developed a very advanced set of scales and instruments that were very necessary for the process of isolating radium, and he did patent these tools, and the Curie's income was largely from these patents and from consulting on how to use the process.

The Curie's had a strong fundamental belief that scientific knowledge should be shared and they wanted to create a community around the possibilities that radium presented.  Openly publishing the process allowed for the creation of the Radium Institute which was the cornerstone of this community.

Member of this community used Pierre's patented tools, but they also extended the Curie's work and created new tools and processes.  It was in essence a thriving open source community with contributors and companies who profited by creating tools to enable the work, and who also gave back to the community.

After Pierre's death, Marie faced many hurdles in continuing her work, but one of the biggest was that she and her laboratory could not afford to buy any radium for her to use in experiments. In 1921, radium was the most valuable material on earth -- 1 gram cost $100,000.

An American journalist and New York socialite, Missy Brown Meloney, organized a crowdsourced campaign in which women in America donated money and raised $100,000 to buy Marie Curie one gram of radium.

To add perspective to the sheer awesomeness of this effort, the author compares it to a "crowd sourcing campaign succeeding in raising the equivalent of the 2013 Nobel Prize award  - 1.1 million dollars for a worthy scientist."  Wow!  "In 1921, U.S. women scraped together 3 times the amount Einstein received for that year's Nobel Prize in Physics".   Unbelievable!

The other amazing part of this story is that Missy Brown Meloney initially envisioned raising the money from a few wealthy New York friends, but the money actually ended up coming from "ordinary" women all over the U.S. who scraped together small sums to contribute.

Marie's success as a scientist and her clever move to publish her work openly and retain credit for her work presented many challenges to the French Academic establishment.

The author of this book does a great job of walking through the various hurdles, roadblocks and negative attitudes that Curie had to navigate to succeed in her time and place.

Sadly, many of the attitudes toward women in science in the 1900's seem strikingly familiar today, and there are some interesting parallels highlighted in the book.  Many things are open and better today, but sadly much is still the same.

After Pierre died, Marie suddenly had property rights and as a widow was recognized "as a person" under the law.  This actually caused more issues for Marie because suddenly the establishment could not conveniently pretend that she was just her husband's assistant. Much of the public abuse she suffered is striking similar to the #gamergate sentiment of today.

Marie did have many male scientist supporters who cared more about the work that was done that who did the work.  Through their support and through support of the public she was able to make great strides, and I think all of us women in tech owe her some gratitude for being an early trailblazer.

I really enjoyed this book, and if any of the parallels intrigue you or if you just like reading about Marie Cure, I think you would like it too!  I love to hear your thoughts and comments also.

Have fun and keep coding - 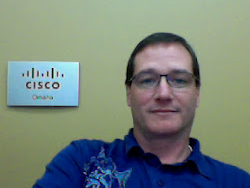 Have you seen Marie Curie on Google Culture Institute?

Latest Contents
Device development using ESS-3300 Switches
Created by Utis/Ilya on 10-02-2021 05:15 AM
1
0
1
0
Good day!I am developing highly explosion-proof equipment using ESS-3300- (24T) -CON-E switches.The switch will be used at category mines.The hardware technical guide has a link to Reference Design for correct product design.For example, the features of t... view more
while adding new network device to DNAC response received fo...
Created by nnelluri on 09-22-2021 10:25 AM
0
0
0
0
Hi Team,   while adding new network device via POST to the DNAC sandbox , Response received as below. please advice how to resolve the Issue {'message': 'Role does not have valid permissions to access the API'}   please check sample code below. ... view more
sn2info API discards records
Created by rrawdonDotomi on 09-08-2021 01:38 PM
3
0
3
0
Hello, The SN2Info API documentation indicates that up to 75 serial numbers can be submitted per query.  Indeed, we can submit a request with 75 SNs, but if we submit 76 there is an error returned:ERROR: _get_cisco_coverage_summary -  CR.ge... view more
TMS API allowing to download a particular phonebook?
Created by MohammadHadizadeh60767 on 09-07-2021 08:27 AM
0
0
0
0
Hi,We need to know if TMS api allows any sort of interaction from a service software to TMS directly to download a specific phonebook as a file/XML/Json, etc.Thank you
Credentials invalid SD-WAN 19.2 Always on
Created by fabio.dores on 08-28-2021 01:23 PM
3
0
3
0
Credentials invalid SD-WAN 19.2 Always onI am unable to connect to the always-on SDWAN sandbox?  Anybody else having this issue?Go to https://sandbox-sdwan-1.cisco.comLogin with credentials [devnetuser/RG!_Yw919_83]
Ask a Question
Create
+ Discussion
+ Blog
+ Document
+ Event
+ Video
+ Project Story
Find more resources
Discussions
Documents
Events
Videos
Project Gallery
New Community Member Guide