I spent three days at the end of October at Serverlessconf London. The London conference was the third of it’s type worldwide after events previously held in New York in the summer, followed by Tokyo in the Autumn.

The conferences, relatively small at this point with around 400 attendees, are focussed around a new application design and development pattern using a ‘serverless architecture’.

Essentially, serverless is a methodology where the infrastructure that an application runs on is completely abstracted away from the developer - to such an extent that they do not have to think about, manage or in any way care about the lifecycle of DC  / Cloud resources that are ultimately executing their application code. The containers, VMs, physical hardware or whatever else their code may run on / in becomes somewhat redundant to the developer. Developers simply develop code, then deploy it to a ’serverless cloud service'.

And there’s no shortage of service offerings springing up from cloud vendors to augment this new approach.

These services range from the large cloud players such as, you guessed it AWS (Lambda service), MSFT (Azure Functions), Google (Cloud Functions) to smaller players with a dedicated focus, like ‪Iron.io for example. There’s also opensource efforts in the serverless space already with IBM’s OpenWhisk offering (which as you’d expect, IBM will offer services around). In short, there’s an ecosystem of service suppliers expanding to feed this new development methodology, even as I type.

Now, to clarify, of course there are still servers involved in the deployment and execution of the application and it’s code logic - it’s clearly not some form of magic wizardry - but the ’serverless’ name tag comes from how developers see the approach. Not operations (But you still need operations. More on that later).

I attended the conference in the knowledge that the buzz and hype around this methodology was growing and braced myself for an event very much slanted toward development and might be somewhat blinkered to the reality of operations and real world deployment of serverless applications.

But, I was really surprised by the realism and pragmatism in the room.

The keynote, provided by Patrick Debois, of DevOpsDays founding fame, was upbeat but cautionary, very much tailored to calling out the areas that need to be considered in further detail - like security, deployment, cost considerations and challenges to be faced.

There were a number of talks focussed on the operational aspects of creating, deploying and managing applications based on infrastructure that had been completely abstracted away and managed elsewhere by third parties. They were honest, interesting and pointed out many of the pitfalls and lessons that had been encountered when building serverless applications.

Across the two talk tracks available each day, there was a also a good intersperse of technical session (including, global scaling concerns, DB / state persistence, streaming analytics and more) and high level explanatory / product sessions (including a cracker from the IBM OpenWhisk team), that provided something for everyone.

There was also the opportunity of a bonus third day of hands on workshops. The workshop that I attend involved creating a serverless bot, that could tell me the weather in certain cities of the world given a date, when I asked it. A really fun exercise that allowed me to understand the basics of some of the serverless offerings out there and also the serverless framework, which I can recommend keeping an eye on, with a cloud agnostic approach in the pipeline off an open source base.

To summarise three days the best I can to anyone with severe blog attention issues, here’s the list of key take-aways:

followed by a list of key lessons and challenges:

There’s so much more detail of course, but not for this post! I’ll save that detail for further updates.

I walked out of the conference with a very rounded understanding of the major players, the state of the technology and services available, the ongoing development (both in terms of serverless services and serverless applications) and the challenges yet to be overcome and the community face.

For a new technical paradigm in it’s infancy years, the community is showing great maturity in it’s willingness to embrace realism. 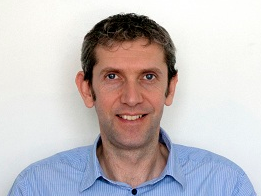 Thanks for sharing this information Thomas, very helpful in understanding the momentum in this area.

Latest Contents
/list-people API limitation to fetch only 3000 user records
Created by contact2chandrashekharg on 07-02-2021 05:34 AM
2
0
2
0
We can't fetch more than 3000 users using /list-people and pagination API due to API limitation.https://developer.webex.com/docs/api/v1/people/list-people Is there any workaround which returns users beyond limit 3000 using any API request?
How to get the API details for CUCM and CUC
Created by DivyashreeSundarapandian93404 on 06-28-2021 03:01 AM
0
0
0
0
Hi team,  How do we get the API details for our call manger so that we have to automate the server for taking back up . Please can anyone help on us.
Issues with CUCM API - 599 Wrong AXL Version
Created by AttitudePebbles on 06-20-2021 08:14 PM
0
0
0
0
Hey everyone,Trying to get the SOAP API to respond nicely to my getPhone request but it is not letting me in. I've tried so many possible combinations of the namespace and the header, and it still gives me an error message stating "Message: Wron... view more
Question in Cisco Prime Infrastructure API
Created by jegan_rajappa on 06-11-2021 04:56 AM
0
0
0
0
Hi, I am trying to build a program to create WLAN profile report querying prime with API, 'GET WlanControllerDetails' API resource provides all the rich information like AP groups, listing all the SSID in AP groups, management interface IP address, WLC na... view more
CISCO PCCE - Pull the phone number while caller is waiting i...
Created by VenkatPadala45037 on 06-04-2021 09:11 AM
0
0
0
0
Hello, We have Cisco Packaged Contact Center Enterprise in our organization. I've been tasked to see if there is any way to pull the incoming call phone number while the caller is waiting in the queue or from the Cisco inbound switch. Once we pull th... view more
Create ContentLogin to create content
Question or Discussion
Blog
Document
Project Story
Video
Related Content
Discussions
Documents
Events
Videos
Project Gallery
Content for Community-Ad